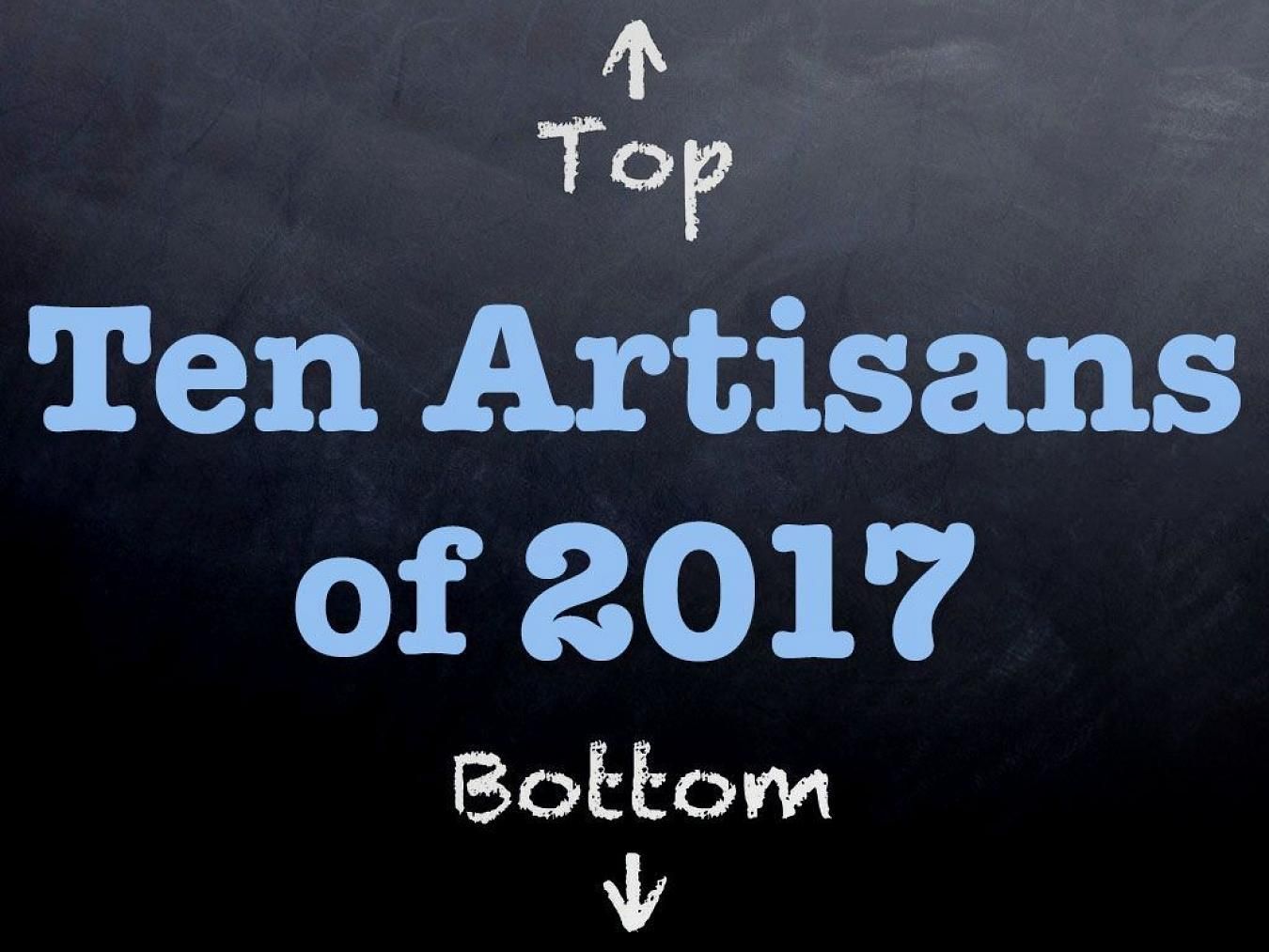 It's that time of year again... The list for 2016 last year proved to be the most popular post of all time! Today I'd like to post about the "top artisans" of this year, 2017 - both good and bad. It was a banner year with a huge list of releases. Not only those that have brought remarkable performance to shaving software, from soaps to aftershaves, or all these incredible scents... But those that have refined the state of the art[isan] in the market with packaging and presentation, collaboration with other artisans or have worked extremely hard to bring us our simple joys every morning...

This won't be a traditional top ten list per se - we'll start with the top five - and finish with the bottom five software artisans. Those that have lost focus, disappeared into the ether entirely or those that have added needless #drama through questionable business practices. Why include a bottom? As the French writer Beaumarchais once said, “Without Freedom to blame, there is no flatterer's praise.” I've expanded the honorable mentions, added a dishonorable mentions and a bonus section for hardware. You may not agree with some or even all of these... And that's okay. There is a huge list of wet shaving artisans out there and we can't list them all...

But we appreciate each and every one of them!

The list for 2016 was pretty clear, but there seemed to be a little confusion on criteria and what not, so check that out for more information. It's not an all time best/worst list (just 2017). It also favors the most well known movers and shakers in the artisan space. There may be better (or worse) artisans out there, but if they're more obscure then they didn't make the list. As for this year, the criteria hasn't changed but both the list of artisans and the nearly endless releases made it hard to narrow it down. Unlike last year, we waited a bit longer so that the typically busy fall releases and holiday releases could be considered as well.

There you have it, ladies and gentlemen! The top and bottom artisans of 2017, with some (dis)honorable mentions and hardware. We didn't put these artisans in the top - or the bottom. They did. Either by excelling in various ways... Or failing. There is quite literally a huge list of artisans out there, and while we can't list them all - let's see what the next year brings. If it's anything like the huge list of releases that 2017 brought, it'll probably be even harder to decide.

Just throwing this out there... If you register here, you can comment down below! Local accounts and major social media platforms are supported.

Like last year's, this list too has received an incredible response - and has become an eagerly anticipated annual tradition, it seems. After only a couple of days it hit 2,500 views and 590 Facebook shares (and still going). Naturally (and predictably) there are a handful of people that have taken offense. Sometimes it's hard to hear a dissenting opinion, even when it's the truth - and speaking of which, some have suggested that there are untruths in what is posted above. Beg to differ. The information here is common knowledge and/or correct to the best of our knowledge; links are provided wherever possible to cite sources. Of course, if something was missed or incorrect, feel free to contact us so that it can be corrected... Though so far, not a single person has.

Some updates to the list... One artisan was removed from Dishonorable Mentions who's inclusion became questionable after ongoing discussions with multiple people, including the artisan. More details were added to another artisan that remains firmly in the Bottom Five Shaving Artisans. This list is set to become the #5 most read post on the site any day now (and it's just over two weeks old). To say it has had some... Impact... Would be an understatement.