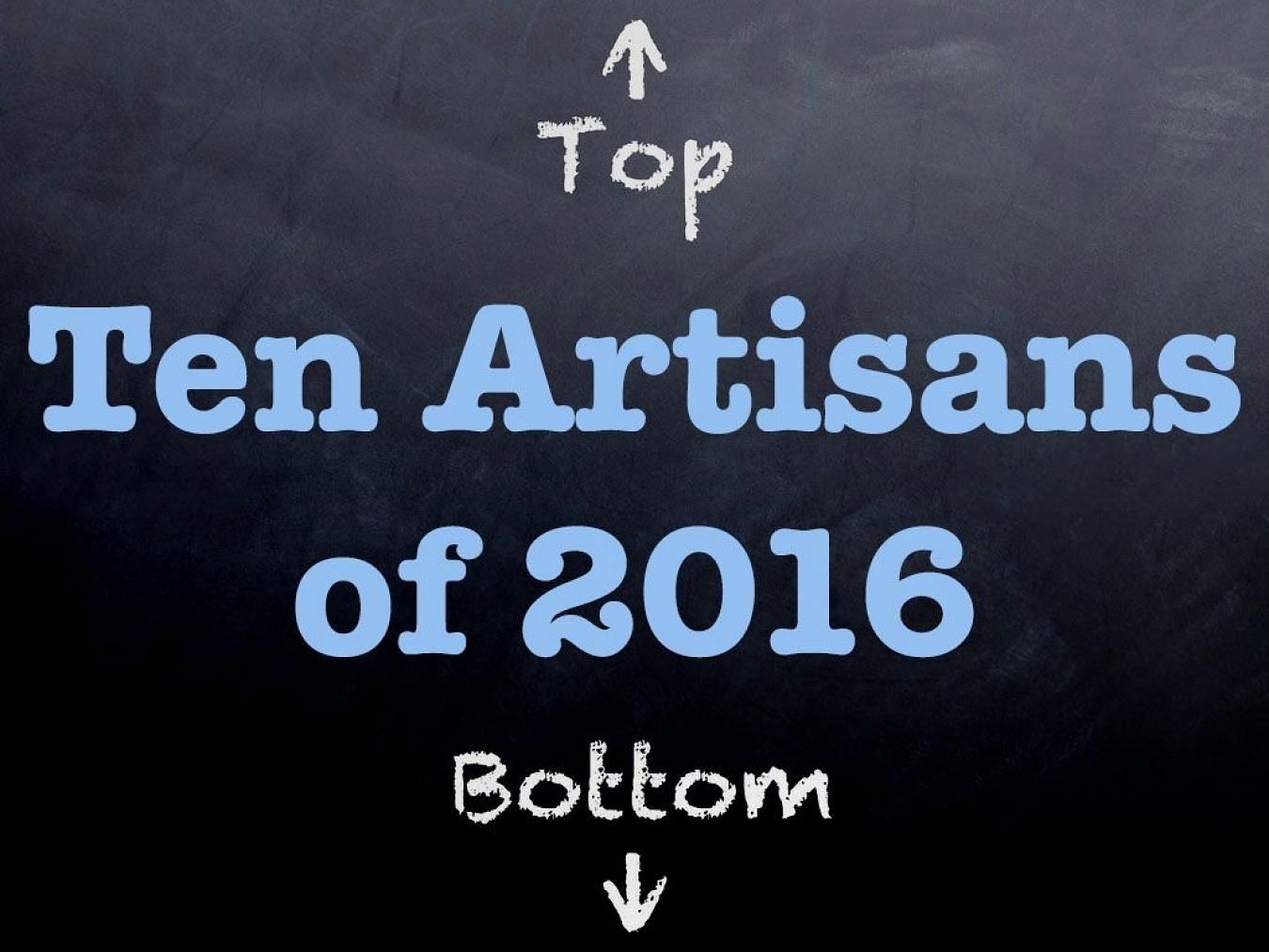 Today I'd like to post about the "top artisans" of this year, 2016. Not only those that have brought remarkable performance to shaving software, from soaps to aftershaves, or all these incredible scents... But those that have refined the state of the art[isan] in the market with packaging and presentation, collaboration with other artisans or have worked extremely hard to bring us our simple joys every morning...

But this won't be a traditional top ten list per se - I will start with the top five - and finish with the bottom five. Those that have lost focus, disappeared into the ether entirely or those that have added needless #drama through questionable business practices.

I'd rather focus on the positive, so have included some honorable mentions on the plus side. You may not agree with me on some or even all of these... And that's okay. There is a huge list of wet shaving artisans out there and we can't list them all here...

But we appreciate each and every one of them!

Well. This post was certainly... A conversation starter. Far and wide across the shaving continuum. I've seen a large part of the response on Reddit and Facebook and some forums. The majority agrees with my list, at least for the most part. There were no shortage of comments though, from both camps. So I'd like to take a moment to address a few of the major themes.

Don't get yourself in a lather that your favorite artisan did (or did not) appear on my list. There are quite literally about 100 artisans out there, most producing some really good stuff. I can't list them all in a top five or ten, clearly. I had to make hard decisions about who to include and who not to. That said, let's talk about how I chose them.

For the top five, I favored artisans that produced top quality software, have made the most or biggest improvements to it, have been the topic of conversation a lot, the quality of their website and social media presence, their approachability, how they interacted with others, namely other artisans and how responsive they were to us, their customers. Older, more established artisans were on my previous list, so I leaned more towards newer ones for this year (with perhaps, the exception of B&M). Our youngest, Tallow + Steel is only five months. Come back next year and the list will likely look quite different. Besides, even if I picked five artisans randomly - somebody would still find issue. These things are subjective.

Okay, so the bottom five. It was not to "stir the pot" so to speak. The shaving community, like any close knit one - sees its fair share of drama flare up every now and again. So those that were at the center of these got the most attention... Especially when it comes to ethics. Yes, these are small businesses, even friends and neighbors. But they are still businesses. Like deleting negative reviews, it's not fair to those that don't know better - or to the business. They cannot change if they perceive nothing is wrong (or choose to ignore it). I don't wish them ill will, I don't have an axe to grind. Heck, I didn't even make this stuff up - where relevant, I provided links to where the controversy occurred so you can do your own research. I didn't put them on this list... They did.

In closing... This is my list, that I compiled for my own reasons. You are free to make your own. I stand by what I wrote.

FWIW, five artisans have reported increased sales (and web traffic) due to this list so far...

It seems I'm not so crazy after all. The r/Wetshaving Reddit group has nominated a bunch of artisans for 2016. They've even discussed and set up a Straw Poll... As you can see from the following image, it looks nearly identical to my list above - only one artisan differs (who makes hardware; I focused on software) as does the order (different criteria over many people): 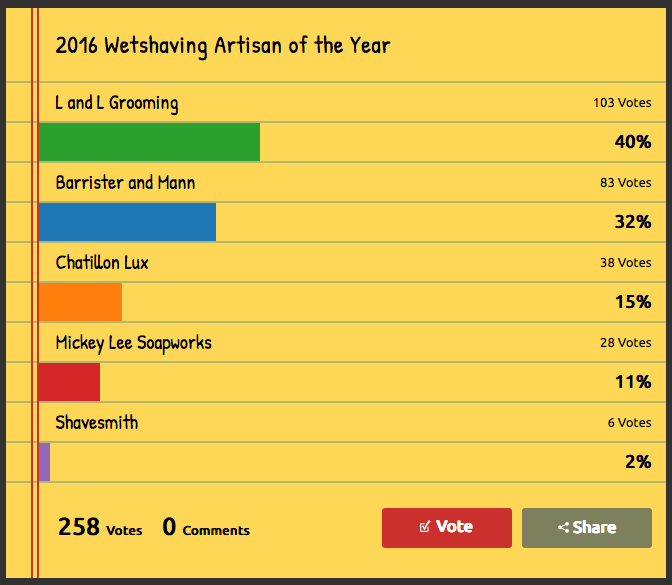