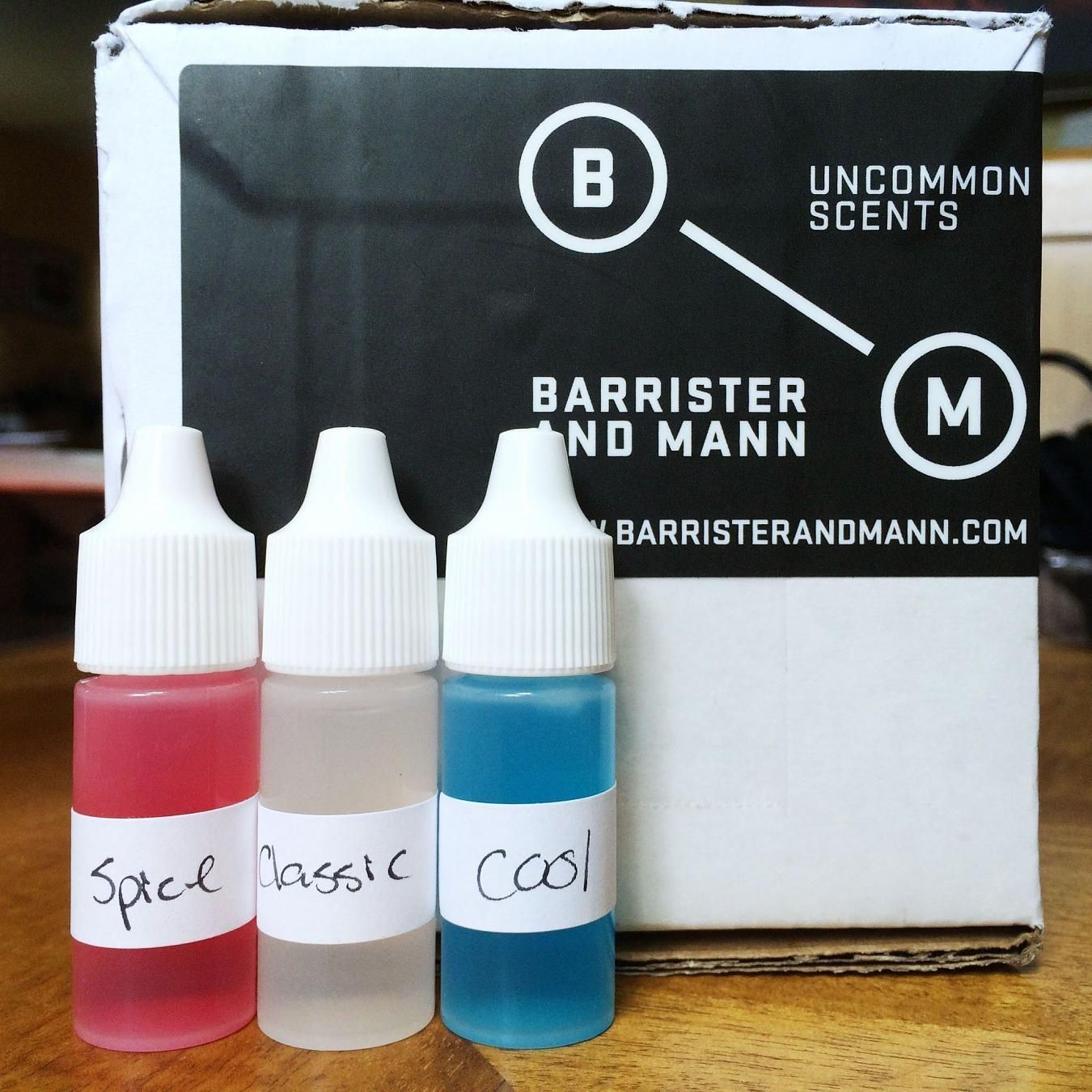 #MailCall - What could it be? Why, it's the very latest from Barrister and Mann called Barrister's Reserve - which will be released on September 10, 2016! It's billed as "the world's most advanced aftershave" and I'll be putting it through its paces to see if that claim holds water.

Barrister's Reserve #aftershave represents two years of research and development and literally contains the finest ingredients available according to #BarristerMann. It was designed base first, fragrance second, and went through somewhere between 80 and 100 formula revisions before it was felt that the aim of the project had been accomplished. Then it went through a dozen or so more in response to feedback received from the beta.

First, let's take a look at the scents... There will be three upon initial release, followed by another two (or three) later on. The overriding principle in bringing back these scents are as close to perfect as possible - or not at all.

Two of the other scents coming will be as follows; I can't talk about the third one right now:

Now let's take a look at just some of the ingredients... Each of which represents best-in-class performance and generally the world's most powerful in the effect(s) each one has.

Here's a sample list of ingredients (varies by scent):