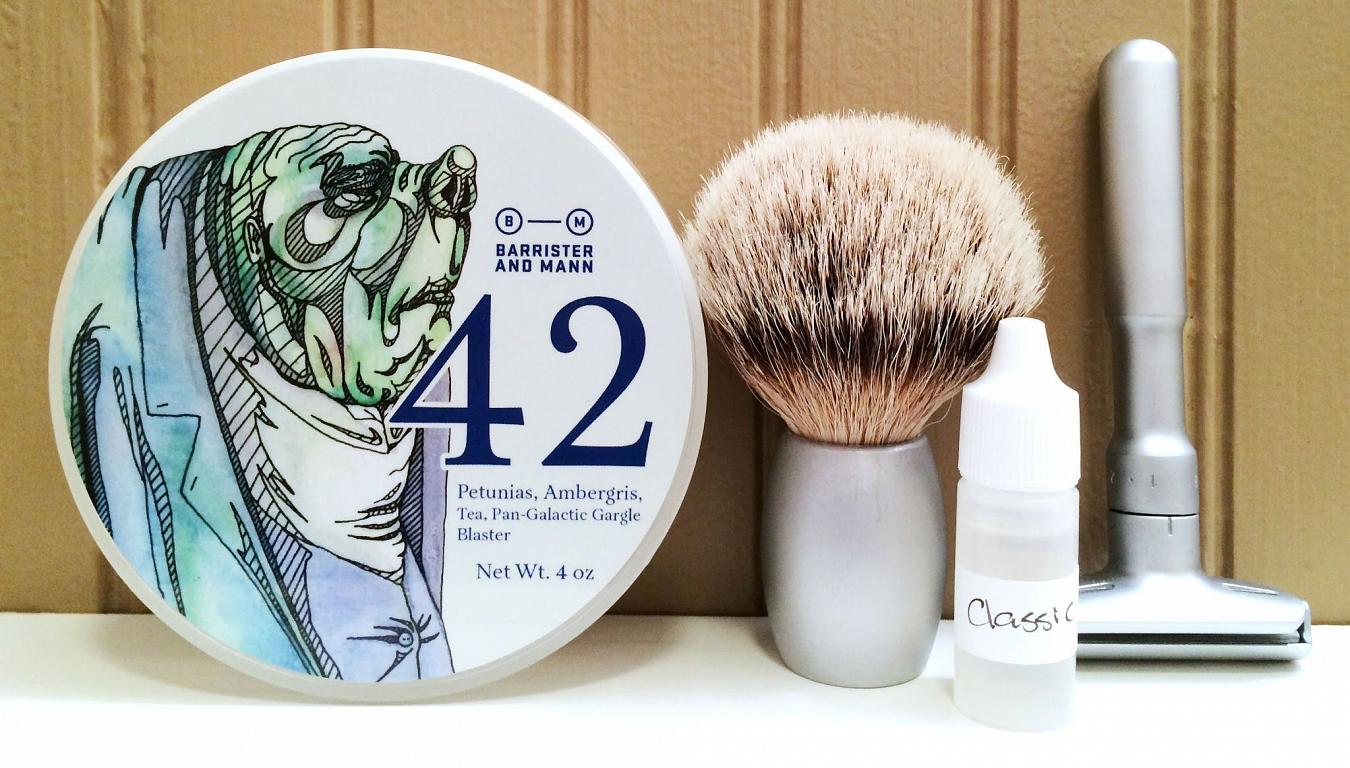 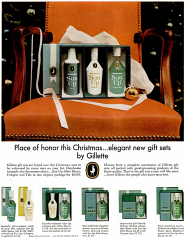 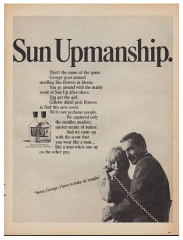 Today's is the third of three reviews focusing entirely on the new and upcoming Barrister and Mann Barrister's Reserve - and the scent for today is Classic!

Before you read further, be sure to check out my first impression which features an introduction to Barrister's Reserve - especially the ingredients. Consider it "part one" of each of these reviews as I won't repeat that here. Today's review is all about Classic which is a recreation of Gillette Sun Up which was produced from 1964-1969.

One ad from 1963 claimed, "Lavender from France, Rosewood from Brazil and Sandalwood from the Indies" and the scent is indeed interesting - but not quite so exotic. Think along the lines of a soapy or slightly more floral Brut or Aqua Velva Ice Blue Sport. #Gillette tried to market this scent... Hard... But it didn't gain traction. You could still find it (unsold) on some store shelves into the 80s!

Having never used Sun Up before, I can't say how close the scent of Classic is to the original (but I suspect it's dead-on). It has a rather light scent strength with a potency lowest compared to Spice and Classic - which was by design. It's meant to be a light, carefree scent for those not into aftershave scents. Not exactly unscented, but you could easily layer another scent on top. Nevertheless, the scent lasted on me quite some time... And being a huge fan of Brut, I'm digging this scent.

Barrister's Reserve leaves the face feeling superbly nourished, moisturized and calm. There's a certain... Silkiness to the skin. It feels absolutely lovely! No tightness of the skin; since there's no alum. It applies as slightly viscous liquid and very quickly dissipates into the skin which seems to just soak it right up. No tackiness whatsoever. I even applied it twice today to see if I could make it so - nope!

Today I wanted to push the envelope some and induce even more irritation to see how the juice fared. Despite using my shimmed, yet still silly-mild Feather AS-D2 the previous two days, it wasn't getting it done. So I switched to the Merkur Futur with a blade that I would have normally replaced today, as it had five shaves on it. This razor is great when I have decent stubble to mow down, but mid-week it can be a little rough... Especially when pushing it on blade life. Bingo! Slight razor burn and a little nick on the adam's apple. Minor redness...

...which was instantly alleviated upon application and my face felt like brand new - it hasn't felt rough since (even touching my face more later). The tiny nick was the only indication that there's actually alcohol in this splash... Even less so than yesterday, I hardly noticed it today. So ridiculously smooth.

Also unlike the previous days where I had chosen to stick to a trio of products that would remain static - I wanted to see how a nice soap like #BarristerMann 42 would make my face feel. I won't get into the specifics of it, so as not to take away from the focus of the review... But it worked; my skin feels just a bit more nourished and moisturized, and made the rough shave more bearable thanks to the glissant formulation. The #Dovo silvertip badger brush just because it's nice and as mentioned, my #Merkur #Futur with a stale #Feather blade on shave six today. The kept the suds contained and warm.

So this has been a really fun test of the new Barrister's Reserve scents this week! Throwing both mild and aggressive razors with both new and well-used blades at it... A Monday morning and a mid-week shave... A soap with "okay" face feel properties and one with excellent... All were finished off exceedingly well by the splash! Really excellent scents with good longevity, and peformance unmatched by most other products available in this industry. And at this price point... It's a must have in every den.