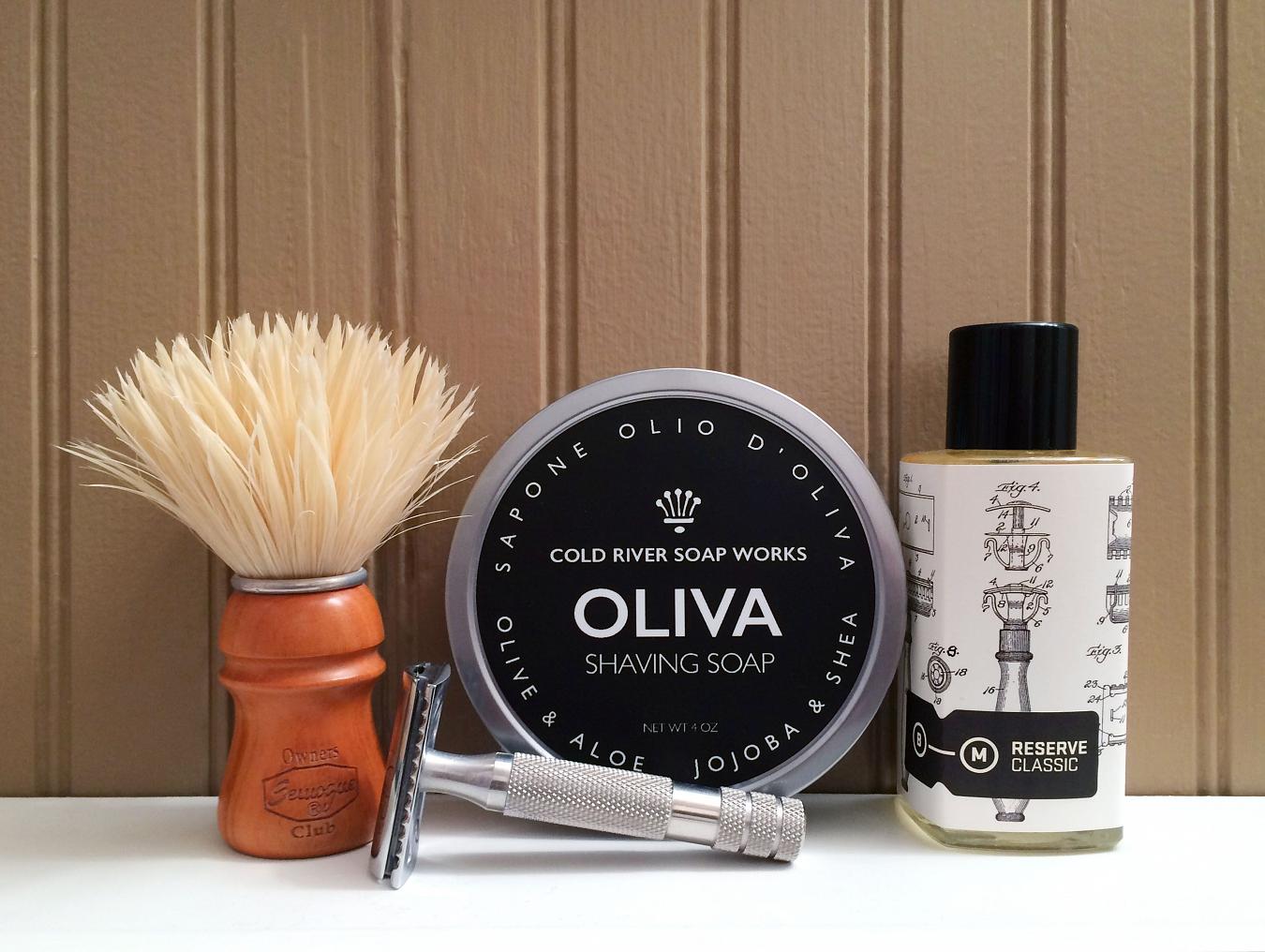 I originally reviewed Oliva soap by #ColdRiverSoap a bit over a year ago, raving about it. Today, my opinion is no different. It produced truly epic amounts of lather that was very slick, truly dense and creamy that just felt really plush on the skin and made for lovely, comfortable shaving. There was ample cushion there, as this lather is actually a bit more fluffy than the usual CRSW Select lather, IMO. The face feel is very nourishing and moisturizing! The soap was a bit of an experiment in using olive oil originally, but one that worked out marvelously if you ask me. Such a nice shaving lather. Today's version comes in a clear plastic tub.

I also did an extensive review of Barrister's Reserve Classic aftershave by #BarristerMann and it paired superbly with the soap. Obviously not so much in scent, but in overall performance. Making my face feel like a million bucks with a gentle scent that's good for a few hours. If you haven't tried this line of three aftershaves, you should really check them out. After a bit of a hiatus, Will just announced that all three are in stock again right now. There are two additional scents coming, but not until September 2017 as it is right now.

Something interesting worth noting; the white-on-black and black-on-white labeling of the two products. They complement each other very nicely!

Hardware for today's pleasure cruise included the ol' standby, #Mühle #R89 with a #PolSilver blade on shave two. A fresh blade does make all the difference, and the shave was smooth and close... But razors this mild don't quite reach that BBS level. That's also their beauty - easy, breezy shaving with no drama or fear - your face won't hate you afterwards - and you can use it every day of the week. The #SOC brush made quick work of loading and lathering the sweet lather in the #GTP scuttle.

Oliva soap is just fantastic - absolutely top-tier stuff. Check out the whole lineup for other scents. While a bit light, they're very pleasant just the same. It's just great soap. The Barrister's Reserve aftershaves are billed as "the most advanced aftershaves" available, and considering the extremely well thought-out ingredients, I would agree. Nothing else out there quite compares to the who's who list of ingredients - or their effect on your face. Unfortunately we'll be waiting on Fern and Lavender for a while... They're right up my alley.