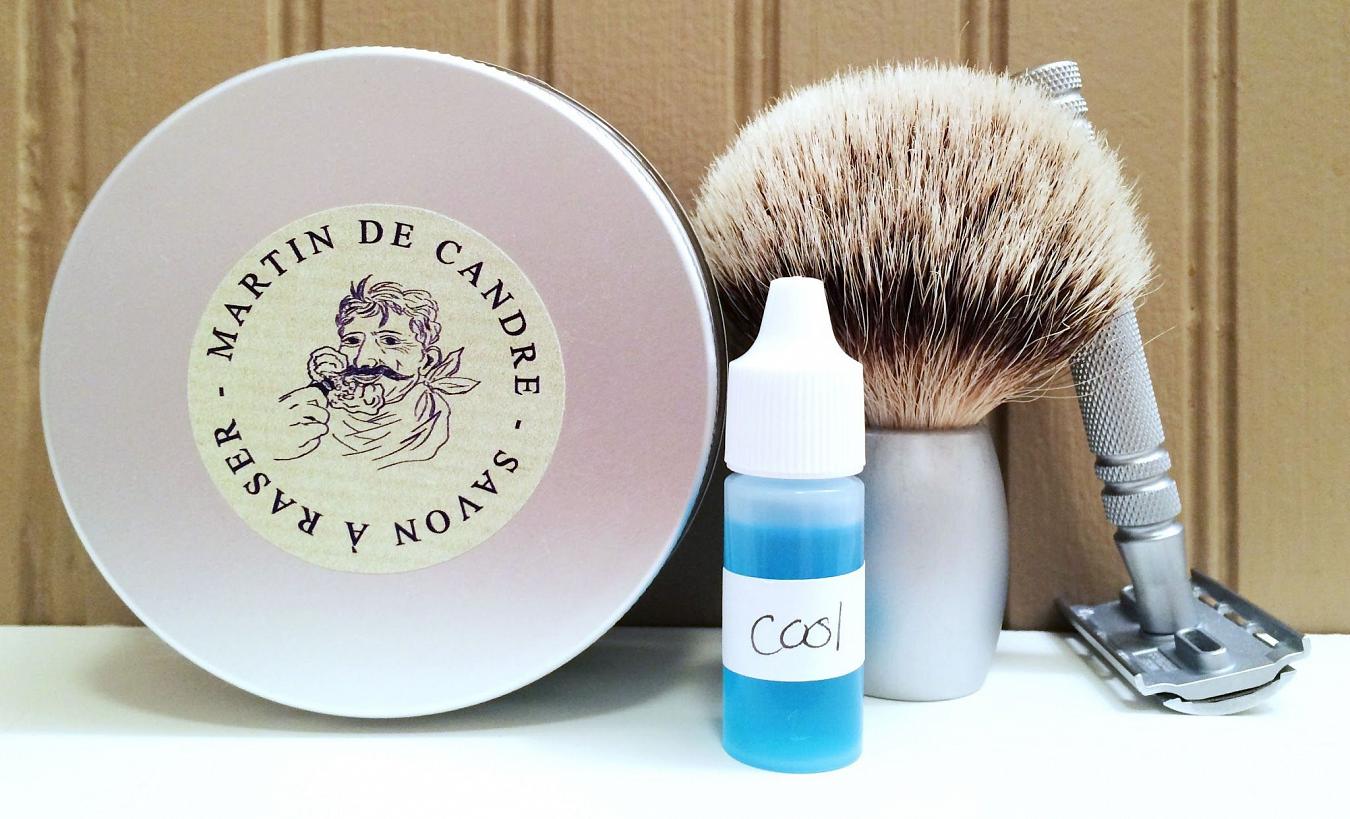 Today's is the second of three reviews focusing entirely on the new and upcoming Barrister and Mann Barrister's Reserve - and the scent for today is Cool!

Before you read further, be sure to check out my first impression which features an introduction to Barrister's Reserve - especially the ingredients. Consider it "part one" of each of these reviews as I won't repeat that here. Today's review is all about Cool which is a faithful recreation of Floïd Blue which was sadly discontinued in 2015.

Floïd Blue is one of those unicorns of shaving. In and of itself, it was a decent product with a nice scent. But what took it over the top is word of mouth and especially the countless times it was rumored to being discontinued (and was occasionally, temporarily unavailable - only to return). Well, it finally happened in 2015 and so far, has stuck. Part of the problem is that it was originally produced in Italy, and when that plant closed down - production moved to Spain. Either way, it was only really sold in Italy. It came to the U.S. by way of folks like Italian Barber, West Coast Shaving and others.

The scent of it is probably the biggest selling point, and most missed by fans. It was a powdery, leathery, fresh and clean "barbershop scent" not too unlike Myrsol Blue (F/Extra) which honestly, was a better product as far as face feel. Also think along the lines of Aqua Velva Classic Ice Blue scent-wise (more so the Myrsol).

Suffice to say, the scent of Cool is a dead ringer as it smells like the original with a medium- scent strength, with the potency in between Spice and Classic. It does calm down quickly as it dries down. I got a full five, almost six hours out of it, and using some agitation and damp hands I could extend it a bit farther.

The big difference is Cool outperforms anything Floïd, Myrsol or Aqua Velva could possibly muster... Performance wise, the new Barrister's Reserve line sets a new line in the sand, not just for artisan products but for everyone out there. Until now, I maintained that Saponificio Varesino was the best in the world... It may have gotten dethroned. It's awesome, don't get me wrong - but can sometimes be a little tacky and the scents don't last as long as I'd like. The packaging (even the newest) leaves something to be desired as well.

Barrister's Reserve has none of those issues, yet leaves the face feeling superbly nourished, moisturized and calm. There's a certain... Silkiness to the skin. It feels absolutely lovely! There's alcohol in the splash, but you don't get that typical feeling from it (there's a reason for that which I'll explain another time). You'll feel it on any nicks but otherwise - smoooooth. Also no tightness of the skin; since there's no alum. A bonus of the Cool is that just like Floïd Blue it contains just the right amount of menthol, for a nice cooling effect. It applies as an ever so slightly thicker than liquid and very quickly dissipates into the skin which seems to just soak it right up. No tackiness whatsoever.

Today I wanted to induce some irritation to see how the juice fared. Despite using my shimmed, yet still silly-mild Feather AS-D2 I was able to get some minor irritation and one tiny nick. I just made multiple, overlapping strokes on each pass. The irritation was quickly alleviated upon application and I haven't felt it since. The tiny nick was the only indication that there's actually alcohol in this splash... I felt it for a split second. The additional menthol in Cool was a nice bonus for today.

Like yesterday, and for the purpose of reviewing each of the Barrister's Reserve scents, I have chosen to stick to a trio of products that will remain static, so as not to introduce variables... I also won't get into the specifics of them, so as not to take away from the focus of the review. Though I might make a last-minute change tomorrow to a #BarristerMann soap. The #soap is Martin de Candre which likely needs no introduction. It's an excellent soap, but perhaps not best known for its post-shave face feel properties (it can be a little drying). Therefore, a good test of the B&M juice. The #Dovo silvertip badger brush just because it's nice and matches the finish of the #Feather AS-D2 razor (which I shimmed) and fitted with a #PolSilver blade on shave two. The #GTP scuttle kept the suds contained and warm.

All in all, I must say I got a truly lovely shave but the highlight was clearly the Barrister's Reserve which left my face feeling incredibly relaxed, moisturized and... Silky - with a nice menthol boost. There is absolutely nothing left wanting in performance - and the scent is dead-on. I suspect this product line of scents will be very, very popular. Stay tuned for the next review!