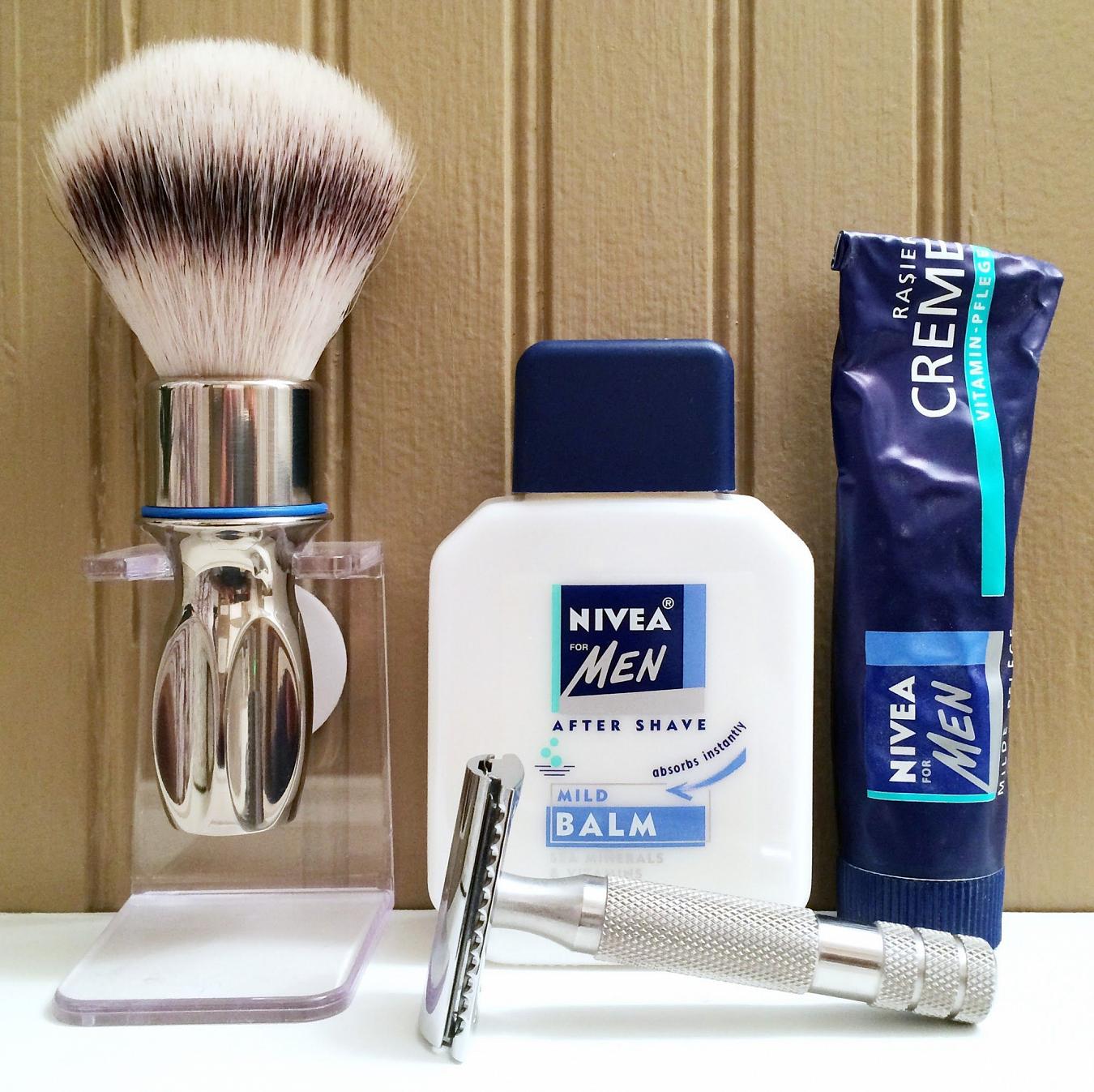 #CreamWeek concluded on Saturday evening (just now posting this) with Nivea Sensitive Skin cream. And a very special shave at that. Really nice result too...

First, why was it special? This is my dad's software that I'm using, who sadly passed away back in 2007. This stuff is from at least a few years prior to 2005 - so, early 2000s. He pretty much stuck with this stuff (it's German, like him, LOL). Though he usually used an electric out of convenience, he preferred wet shaving, though he used a cartridge razor. One thing he didn't compromise on was a brush and proper lather!

I used a slightly larger than usual snurdle of cream in the #GTP scuttle and whipped it up into an awesome pile of lather... Which wasn't terribly thick - more yogurty than foamy. However it layered nicely and had awesome glide! It also had a certain "silky softness" to it. I followed up with the matching balm, which is mostly unusual for me in the summer - just to get the full experience of the product.

What I was left with was a really, really nice shave and face feel especially. This is another one of those German drugstore products that's quite inexpensive and ubiquitous... But a classic in its own right that's an excellent performer! The scent is also quite nice - though you should probably follow up with your own cologne of choice, obviously. There's matching soap, body wash, deo, lotion, etc. It's quite an extensive product line.

Hardware consisted of the #BSB Shaving Brush which made quick work of the lather and my still relatively new #Mühle #R89 razor head (on an iKon Bulldog handle), fitted with a #PolSilver blade on shave two. A quick, effortless shave with "BBS-" results.

This concludes #CreamWeek for now... I have a couple of more (XPEC and Henry M. Betrix Country) as well as two new Musgo Real scents... But I'll follow up with those later on. Time to switch it up!