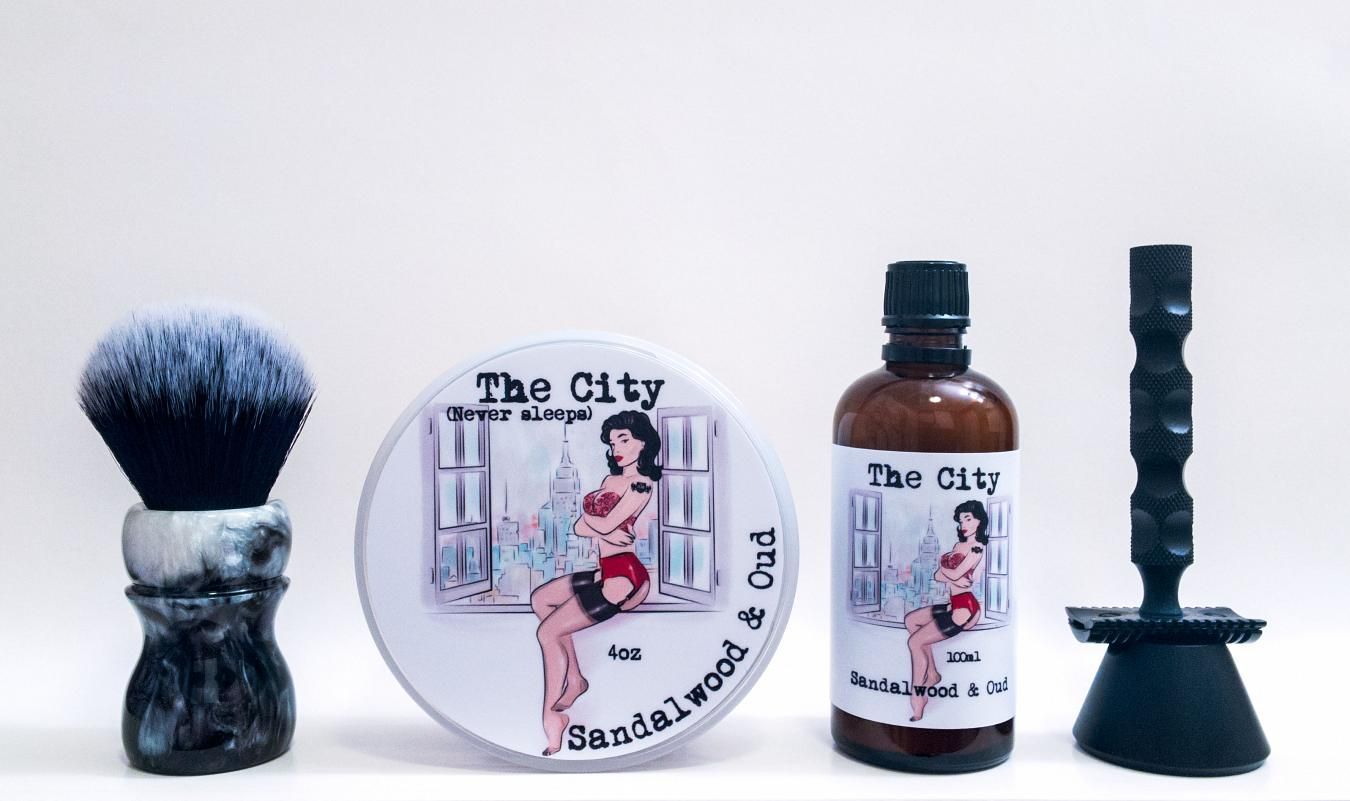 The Club - The City (Never sleeps) 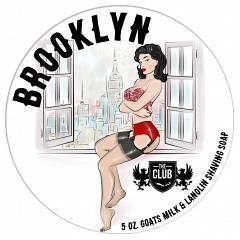 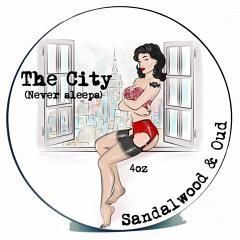 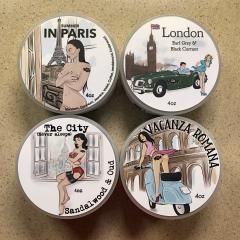 A sneak peak at The Club (Ariana & Evans) new The City (Never sleeps) #soap and #aftershave from the "four cities" release at the NYC EXPO today!

While technically not an #ArianaEvans product rather The Club - they go hand in hand. For a background, check out the appropriately named article; What is Ariana & Evans? Check out my earlier reviews of L'Orange Verte, Asian Plum, Khalifa, NYC, Vanille de Tabac and St. Barts just to name a few.

All current soaps (including this one) incorporate the improvements over the prior Goat Milk and Lanolin base on which they're based, as tested in the Amy and Anonymous v12 batches from last autumn. As such, it's an improvement over all metrics. Generally a lovely lather that's easier to build and more voluminous, that is slicker, with more cushion and with better post-shave qualities. Really a nice soap base; you won't be disappointed.

Let's talk about the artwork and concept briefly. There are four in the series, one from each of the following cities: New York, London, Paris and Rome. While there is technically a fifth product that's associated with Italy for the Gentleman's Club group on Facebook that shares similar art, it should be considered a Special Edition. As explained by Peter:

Inspired by the ‘Varga Girls’ of the 1940’s, we have taken our own poetic license to bring The Club Pin-Ups. These will be unveiled at the NYC EXPO on April 13th. I worked with Georgian artist Dorian to bring you these unique expressions of cities I often visit and love. Not meant for everyone...by design.

The "Varga Girls" were the work of Peruvian artist Alberto Vargas (1896-1982). He became widely noted in the 1940s as the creator of iconic World War II era pin-ups for Esquire magazine (producing 180 paintings for them between 1940 and 1946). The nose art of many American and Allied World War II aircraft was inspired and adapted from these Esquire pin-ups, as well as those of George Petty and other artists. There's a good chance you've seen his work. As stated, they were unveiled (in limited quantities) on April 13, 2019 at the NYC EXPO (held at "The Loft") and will be released to the public/VIP members in May.

Today's product is The City (Never sleeps) and is of course, a reference to New York City. It was tentatively called Brooklyn during development. The notes on the tin imply sandalwood and oud... But it's a bit more complex - having notes of both Arabian and Tunisian sandalwoods, oud and a subtle hint of bergamot. The scent belies the otherwise simple profile and comes off as a modern, masculine cologne. The scent strength of both the soap and aftershave is a healthy medium. I found that the longevity is slightly above average at 3-4+ hours as well. If you're a fan of sandalwood and/or oud, you're in luck; this is a smooth, quality scent. If you really want to boost the oud signal to eleven, I might suggest Guerlain Oud Essentiel EdP - but it will literally drown out all else for 8-10+ hours.

The hardware consisted of a Frankenrazor (detailed here) combining The Assassin Razor handle which is technically a The Shaving Shop product rather than #arianaevans and the head is the Matte Black Mellon Safety Razor Head Without Logo from #yaqi. The blade is a #PolSilver on shave three. The brush was an understated black and white piece from #LowbornSupply with a 24mm Tuxedo knot.

To sum up, there's a lot to like here. A great idea for a product series with the four cities, some classic inspired artwork and in the case of The City (Never sleeps) - a lovely, masculine scent. The bases of both the soap and aftershave are well matured at this point and among the top tier of artisanal offerings today. If you didn't attend the NYC EXPO in NYC this past weekend, keep an eye out in May when they all get officially released!