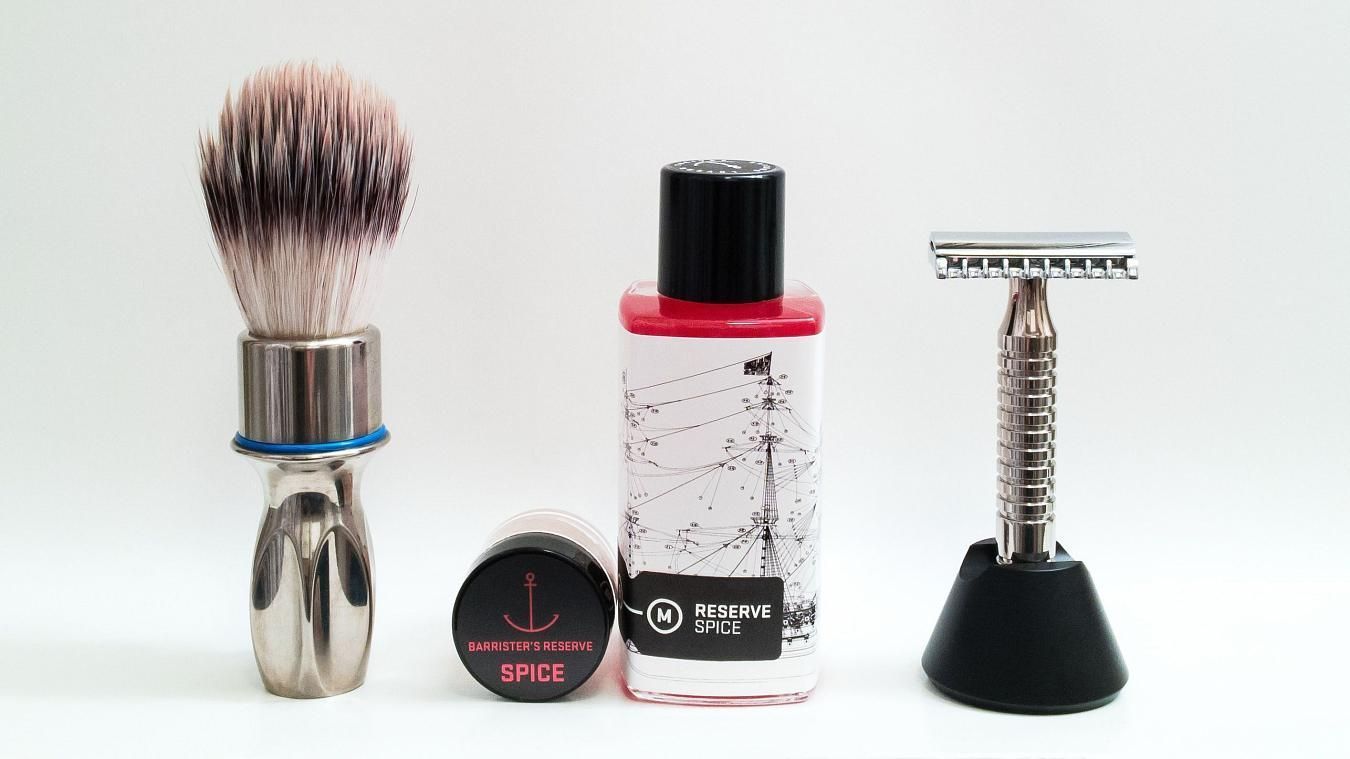 Who says the old ways aren't the best ways? Barrister’s Reserve Spice is a slice of vintage Americana. Featuring notes of carnation, nutmeg, vanilla, and tonka bean, Spice is great for when you're looking for a bit of history. Your suave, dapper grandfather? Yeah, he wore this.

I've covered the aftershave and scent quite extensively (and the first to do so) in this Barrister's Reserve first impression and review of the Spice aftershave. This review is all about the soap, which will be generally available on June 9, 2017 for $17.99 (the aftershave is $19.99). This review won't be as in-depth as I'm keen to do, as I've only got a sample - which doesn't quite give the true experience. So look for that real soon. To sum up on the scent, it's got top notes of nutmeg, lemon, orange, star anise and aldehydes, middle notes of carnation, jasmine, geranium, cinnamon, heliotrope and pimento and base notes of ambergris, benzoin, cedar, vanilla, tonka bean, and musk! Got all that? It smells great, and lasts a long time. Scent strength of both is a solid medium.

I'm pleased to say that the soap captured the scent perfectly and itself was sorely needed. I prefer combos to even include a deodorant, but that's rare. So the minimum, in my opinion, is a soap and aftershave. Anyway, the soap is softer than the usual #BarristerMann soap. It was easily scooped out of the sample container with a finger and dropped into the scuttle, where it whipped up into a fine lather indeed. The lather ranged from quite dense and drier to (slightly) more fluffy and wetter with a decent range and water latitude in between (no surprises there). When dialed in, the lather was seriously thick and creamy with incredible cushion and just as good a primary and secondary lubricity. Easily among the slickest soaps out there - especially on the residual side. Resulting face feel was also quite good, and it rinsed off quickly and cleanly. With all the face food in the soap, you could easily bypass an aftershave, which was just icing on the cake... Overall face feel is as good as it gets.

To really give this soap a test, I broke out one of the most "feared" and "notorious" razors known to man... The #Mühle #R41 with a fresh #Astra blade. The choice of a more chill blade in this razor calms it down a little, but it's still among the most aggressive shavers out there. The hype is a little overblown; if your technique is solid and you take the first couple of shaves slowly, you'll quickly get the hang of it. Treat it with respect and it won't bite, promise. It most definitely will reward you with a super close, BBS shave, every time. It's a great "Monday morning razor" for that weekend growth. Anyway, the soap made using it a real treat - hardly felt the open combs or the blade! It just glided over the stubble, leaving destruction in its wake. The #BSB Shaving Brush whipped the sample's blobs into a fine lather in the #GTP scuttle.

As a side note, you might notice the polished titanium handle on the #razor, which matches the brush... It's the Halo from RazoRock. Lathe-turned from titanium rod and polished, its inexpensive price ($35 USD) is a treat... And I got it second hand (albeit unused). It's lighter than it looks (being titanium), is smooth to the touch (no burrs) and quite decently polished. It's no Wolfman but it's also ridiculously cheaper and easier to find. The balance with head is pretty much on-center. If you prefer a heavier stainless handle to do your work for you, titanium probably isn't for you... But for an aggressive razor it's right on the money with looks to match.

I really look forward to getting the full-sized tub(s) of Barrister's Reserve soaps, to get the true experience - and writing up a proper review. Suffice to say, it's made by Barrister and Mann who you should already know and trust... And this is the latest and greatest formula (don't worry, the glissant base isn't going anywhere). It's primarily intended to be more universally face friendly, ingredient wise - better for sensitive skin. The scents you already know from the aftershaves and match perfectly.