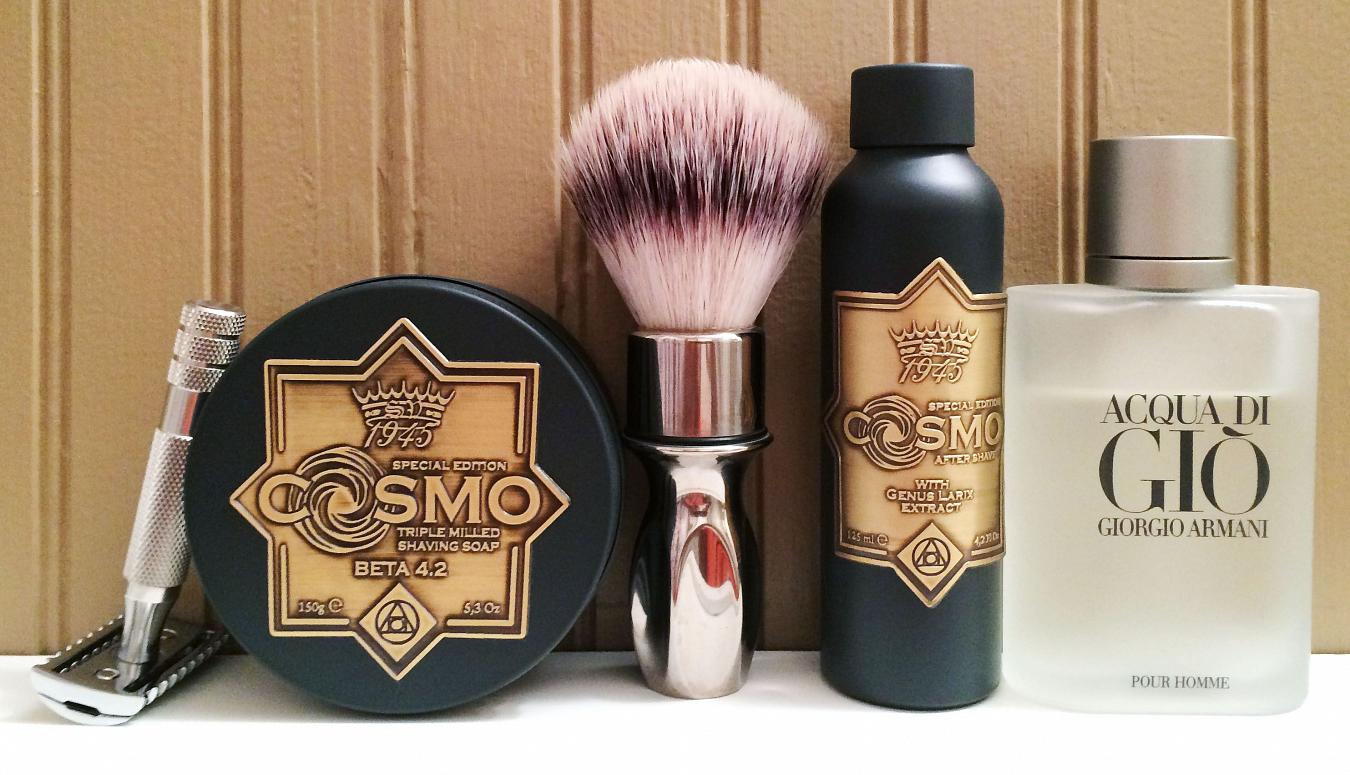 Today's SOTD is with none other than Saponificio Varesino Cosmo #soap and #aftershave - both an artisan and products that I hold in the utmost regard. It doesn't get much better than this!

Naturally, I've reviewed Saponificio Varesino Cosmo extensively before; I won't repeat. Basically, like I said - it's about as good as it gets in terms of lather quality; copious amounts of extremely soft, plush and creamy lather with excellent glide and cushion with an equally amazing face feel. The aftershave just takes it even further, resulting in the softest, most moisturized feeling skin that needs to be experienced. It's not tacky (unless you use too much) but rather, leaves your face with that supple, nourished feeling - rather than completely disappearing away and being dry. Instantly soothing as well.

Part of the decision to go with #SapVaresino Cosmo today was because I was cleaning a couple of my razors last night, among them the #Mühle #R41; which as you probably know, is one of - if not the most aggressive DE out there (aside from the 2011 version; mine's the 2013). I realized I hadn't used it in quite some time (July 25, 1016 to be exact) and I miss my more aggressive/efficient razors. The *Standard Razor* is efficient, but the Futur and R41 take it to the next level. But I've never really considered the R41 an everyday kind of razor; more of a "Monday morning razor" when there's a lot of stubble to mow down. It can be a bit much every day. Nevertheless, I cleaned it, put in a fresh #PolSilver blade and it was good to go. The Cosmo lather courtesy of the #BSB Shaving Brush and #GTP scuttle ensured a smooth, comfortable shave and the razor did not disappoint; BBS all the way. Nothing gets close like this bad boy.

I finished off this morning with my typical SV finish; Giorgio Armani Acqua di Gio #EdT and #deo. While the SV scents are awesome, they don't generally last as long for me as the ol' AdG and of course, don't have a matching deodorant either. Being that the SV scents are generally of a "high end men's fragrance" accord, they lend themselves well to a variety of follow-ups like this, so might as well keep it Italian, right?

A lovely shave. Every checkbox ticked. I haven't had a shave this close, yet comfortable, in a while. I think I'm going to use the R41 for the rest of the week and see how it goes. Maybe try an Astra blade next; they're less sharp but would probably do very well in the R41. And maybe I'll go for the Tundra Artica combo next. SV is just good stuff, friends.