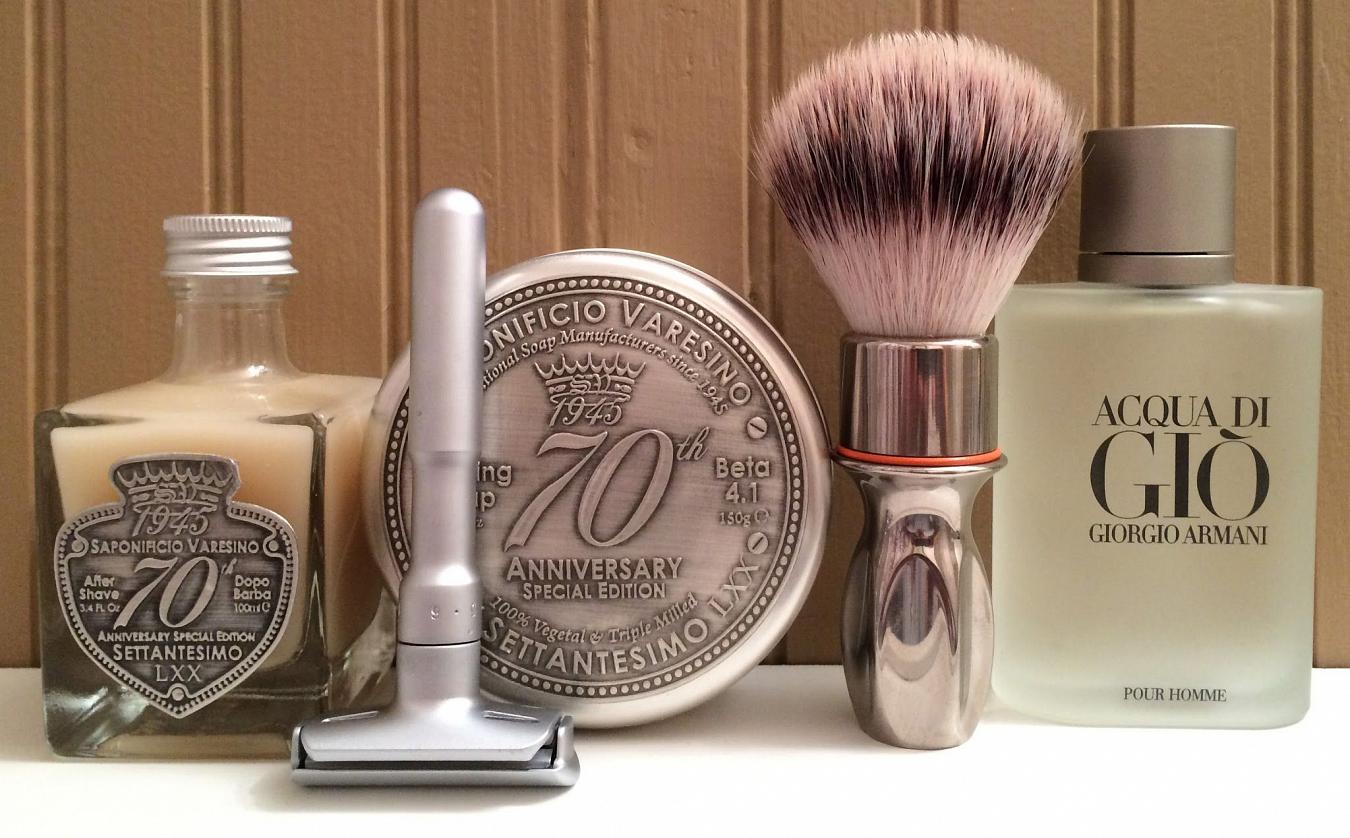 Ever have one of those SOTD where you just knew it would be bombastic? Today's includes Saponificio Varesino 70th Anniversary #soap and #aftershave followed by Giorgio Armani Acqua di Gio #EdT and #deo!

Yup, I knew this would be a bombastic shave after the first pass! See, I had a weekend's worth of growth to mow down, and I don't know about you - but I get the best shaves with some growth. I cleaned up my #Merkur #Futur razor and popped in a fresh #PolSilver blade for what I consider... The best razor and blade combo that I've ever used. There's a reason this is my favorite razor! In fact, that recently posted Massdrop... Yeah, I bought a spare! :D

The #BSB Shaving Brush made quick work of generating the sweet suds in the #GTP scuttle - which kept it nice and warm throughout the shave. It doesn't get any better than this!

I won't get into the #SapVaresino 70th Anniversary #soap and #aftershave as I reviewed them extensively already. Suffice to say, I've got it down and the lather is easily among the best out there, and the face feel of the aftershave is equally awe-inspiring. As I've noted in the past, the scent is very Acqua di Gio-esque. So in that vain...

I wrapped up my shave with Acqua di Gio #EdT and #deo! If you're not familiar, it's A very popular fragrance out there even today, and has been ever since its release in 1996. Supposedly inspired by Armani's vacations in Pantellerie (Italy), it's essentially an aquatic fragrance. Notes of bitter citrus, rosemary and pellucid (clear) hedione with a salty, sea vibe. The spiciness resolves to woody, musky base notes. I've worn this stuff for years and have received multiple complements on it. While not an exact match to the it's "in the same family" and can be paired effortlessly. It lasts a long time for me, easily throughout the day, which is nice.

So there it is - a truly fabulous, high-end shave for yet another Monday morning... I'm even wearing my Italian leather Bugatti shoes! Brimming with the best of Italy. My face feels absolutely amazing - so much so, I'm tempted to use this setup every day of the week! If nothing else, picking up another tin of this soap at the very least!