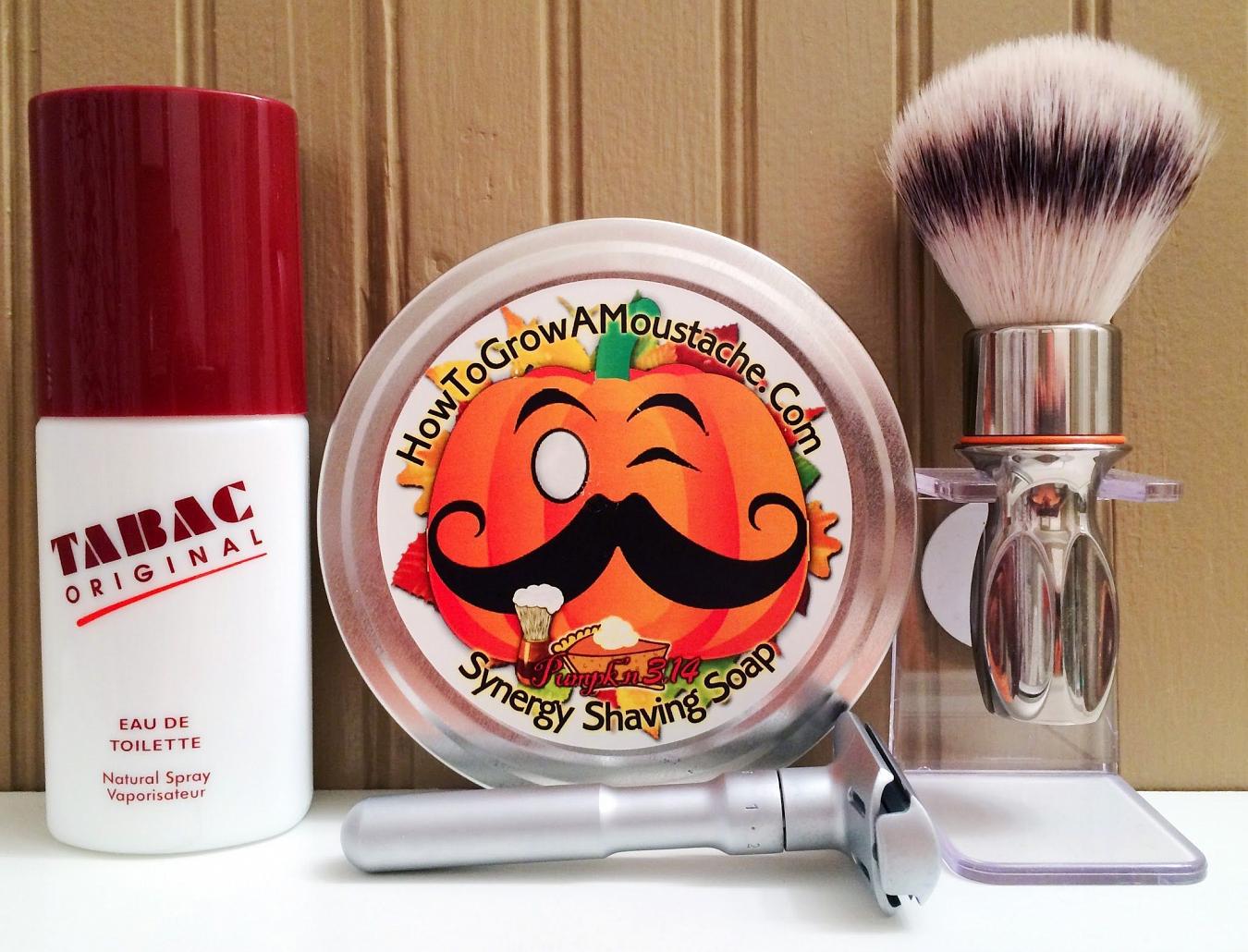 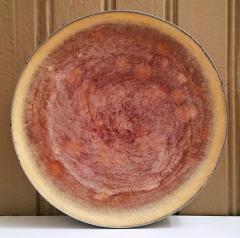 Shaving Product Review - How to Grow a Moustache "Pumpk'n 3.14" and
Tabac "Original"

This is my second in a series (first one at http://tinyurl.com/qzp49o7) that features fall/seasonal products... Now that, unfortunately, summer is drawing to a close. And nothing says "fall" like HTGAM/PAA Pumpk'n 3.14 (pi) soap! This is the old school HTGAM version, featuring Synergy v1.0/1.5 soap. As you can see, it's quite different than today's v2.0/2.5 and even the latest v3.0. Which throws in seaweed extract and avocado oil. Its translucent nature had many people guessing it was a melt and pour, which Erik Hodges has said was not the case.

How is the performance? Different. IMO, it looks cooler for one thing. It doesn't require quite as much water as the newer stuff, though it's not far off. However, it made abundant, nicely cushioning lather that was relatively slick. However, it didn't hold up in the heat of a scuttle quite as well as the new stuff... Not that it collapsed, but it needed a little freshening up with a quick whip (which I do anyway). I suspect that in a regular bowl or face lathering, it would be fine.

The scent is what it's all about, and the strength is ample! It smells of fall, of pumpkin pie and leaves rustling on the lawn. Cinnamon, nutmeg, vanilla, pumpkin... Hard to pin down exactly what's all in there. But it truly smells like a warm pie, cooling on the windowsill as the crisp autumn air wafts the scent about the house. More so the spiced gingerbread crust than pumpkin. This is good stuff!

Seemed only natural to complete the today with a little o' the ol' Tabac from Luxury Soap in the shower to deodorant after along with a touch of balm and finally spritzes of EdT before heading out the door. The word of the day is orange! And of course, yay #Tabac!

Hardware consisted of the #BSB Shaving Brush with apropos coloring, #Merkur #Futur razor fitted with a #PolSilver blade on shave four for a smooth, effortless BBS shave. The #GTP scuttle kept the virtual pie toasty on my face.

A lovely fall shave today! Lots of spicy notes from cinnamon to tobacco. Colors coordinated across the board and smelling good! This was one of my first HTGAM (now #PAA) soaps - I'm glad I picked up this seasonal favorite; the timing was right... And helped sell me on the brand (much like The Beach and Cavendish, my other firsts).