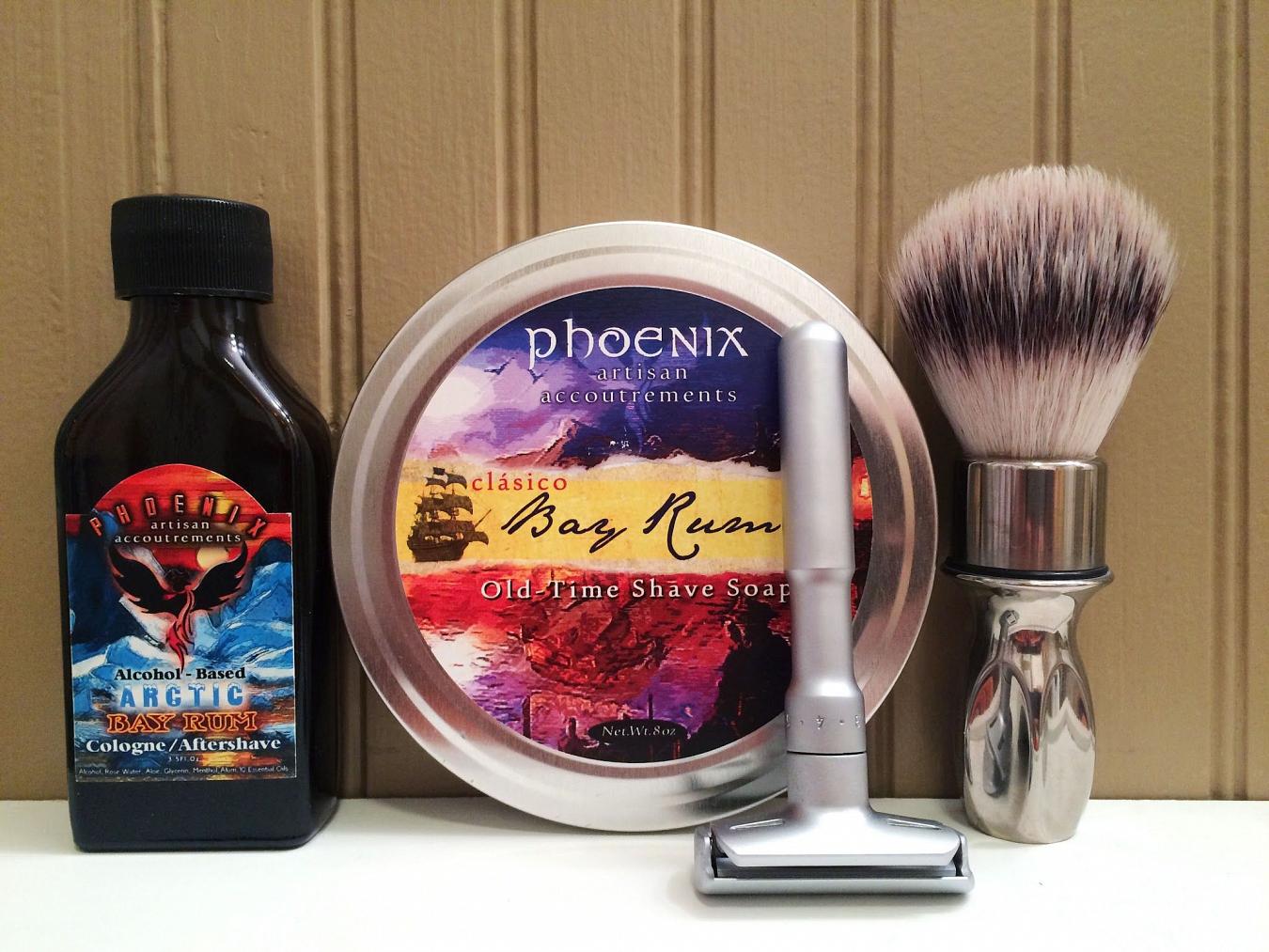 Happy FriBay everyone! This SOTD brought to you by #PAA Bay Rum #soap and Arctic Bay Rum #aftershave.

I have a ridiculous amount of prior generation PAA software because I was on that kick for a while... And for better or for worse, I have to plow through it. It's also good to revisit old haunts and see how it compares to where I'm at now with software - more upscale, top-tier products from the likes of Saponificio Varesino, Barrister and Mann and Cold River Soap Works.

The scent of PAA Bay Rum is pretty awesome; no doubt about it. And the scent strength is how I like it... Strong and bold. How about the performance? Keep in mind that this is the prior generation (Synergy 2.x) vs. the latest (Synergy 3.x). I loaded the soap heavily and as expected, the soap produced copious amounts of lighter, billowy lather with mediocre cushion and glide. The newer formulation is more like the status quo these days of denser, creamier lather (though I don't know that I'd call it "better'). Nevertheless, it made for an issue-free, nice shave.

Following up with the matching #aftershave and #deo made the overall experience really pleasant - as I love having all products in the same scent. Resulting face feel wasn't as moisturizing as I'm used to these days; a bit on the drier, tighter side. Due in part to the alum contained in the aftershave, no doubt. That said, the "fire and ice" aspect of Arctic Bay Rum is spot on; love it!

Hardware for today's ritual included the #Merkur #Futur razor with a #PolSilver blade on shave two (or three) while my go-to #BSB Shaving Brush did its work in the #GTP scuttle . Super close, efficient shave with this combo... Every. Single. Time.

There you go! Happy FriBay y'all. Keep on shavin'.