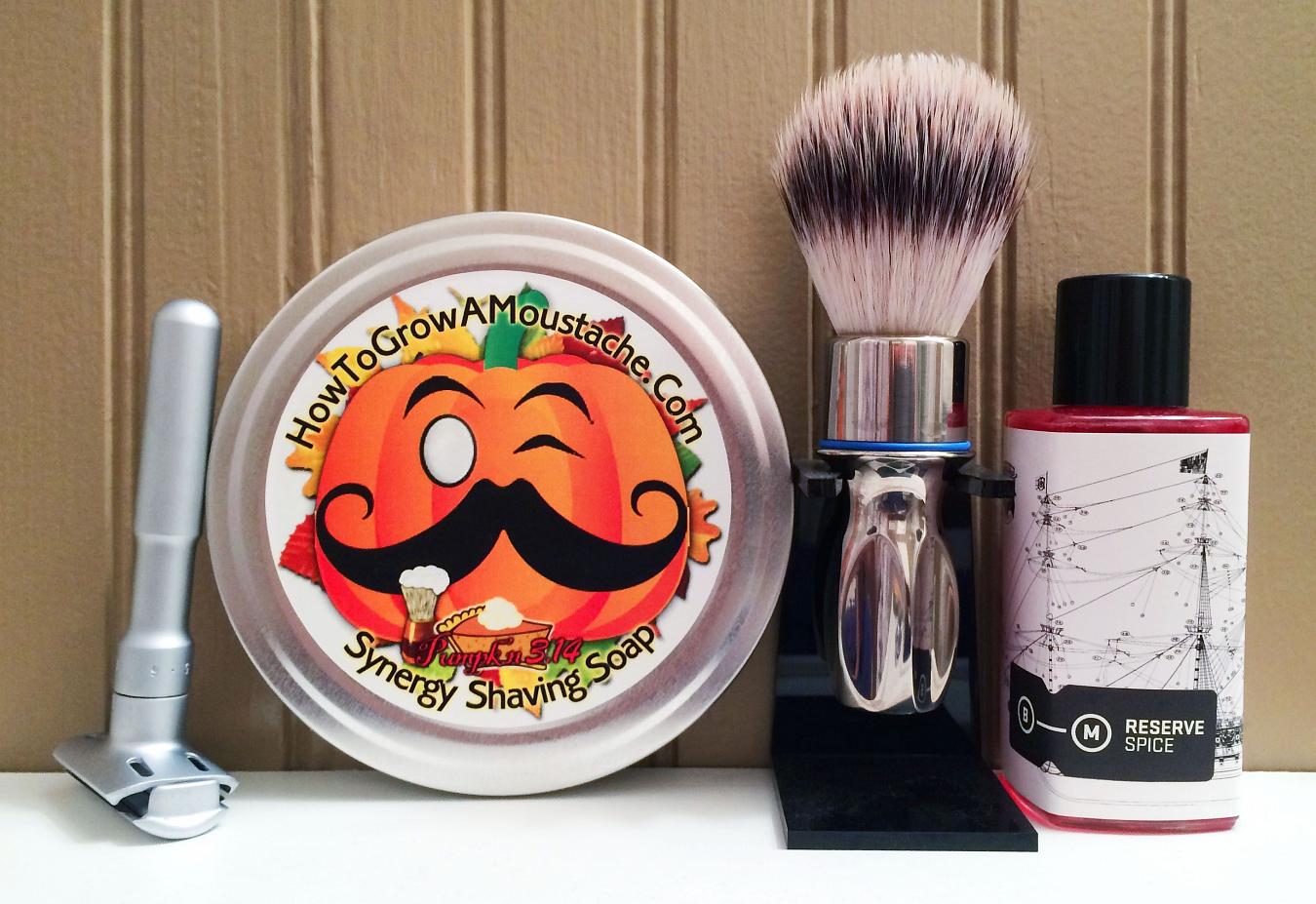 This HTGAM soap was one of my first from way back in the day... A simpler time. The formula is Synergy 1.x (currently up to 3.x) and contained in the large 8oz. tin available then (and how I bought all my PAA soaps). Part of that Synergy branding was these tins, which makes loading quite a different experience than what's out there today... With loads of room to twirl and swirl. The performance was actually pretty good, though it doesn't conform to today's standards. The lather was somewhat fluffy but rather plentiful, with decent glide and a hint of secondary lubricity. What it lacked in density and creaminess could be mostly made up for by painting it on heavy, since there was so much of it! Most soaps these days go for a denser, creamier lather - including the latest from #PAA. Alas, the execution falls short on the latter and comes off as rather... Flat and slimy. I've said it before; I don't know that it's an improvement. I had a great shave today with this soap and the scent strength is quite high and smells lovely. The actual scent notes are M.I.A. with only "hints of sugar, buttered crust and roasted pecans" mentioned. It's spicy, autumnal and nice at any rate. It's one of the great scents to come from HTGAM when quality time was spent developing them (rather than pushing a new one out every other week like today). It's also unfortunate that today you can only get it in the "CK (Crown King) formula" in a 4oz. size for $14.95. The original tin was $17.95 (in November 2014 when I got mine) and double the size at 8oz. No worries, there's a lot of soap left in this tin!

For the aftershave, I went with good ol' Barrister's Reserve in the Spice scent, which I reviewed extensively here so check that out. Awesome performance and makes up for any shortcomings in the soap that might lead to irritation or skin feel. Like Yin and Yang, it all balances out in the end...

Hardware today consisted of my #Merkur #Futur razor, fitted with a #PolSilver blade on shave four - which I put on setting "1" for a mellow, yet very efficient shave. I'm falling back in love with this razor after taking a bit of a detour and it's dropping BBS shaves every day. Such a good razor. I wouldn't recommend it for newbies, but if you're a grizzled pro, then I think you should definitely consider one. The #BSB Shaving Brush did the huge tin of soap justice by gobbling it up and producing insane lather in the #GTP scuttle.

It's a shame that some of that early atmosphere surrounding HTGAM isn't there anymore... Before the Phoenix Artisan Accoutrements reformation and some of the turmoil that preceded it.. It's just not the same and the quality has suffered as well. The products, I'd argue - haven't necessarily gotten better, just different. At the current prices (mostly the aftershaves) they're well above their actual value at an average of $25 per. I'd rather buy Barrister's Reserve at that price, considering the (literally loads) of high quality ingredients and scent.