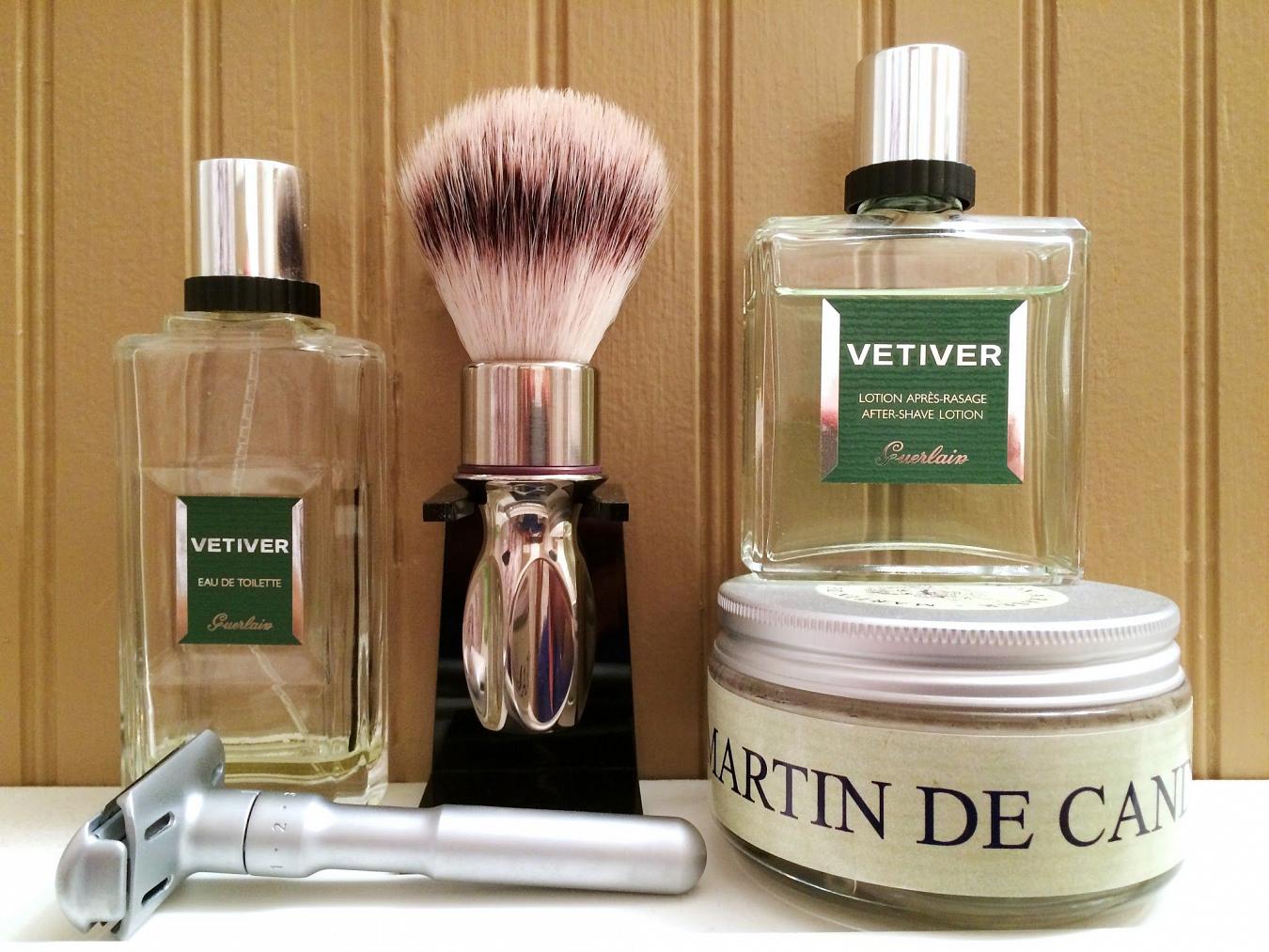 A belated "Happy Bastille Day!" is the theme for this SOTD! Featuring top-shelf French #MdC and #Guerlain products, from #soap to #aftershave and #EdT as well as #deo.

The is all-french and considered more on the high-end of products. So let's dive in with the Martin de Candre (MdC) soap - which has almost mythical status. Is it overpriced at $65/jar? Let's nip this right in the ass. On the face of it, yes, it might seem expensive - however, keep in mind that you get 200g of soap that requires no more than 5-10s of loading... It will last about a year with daily use. How does it smell? A classic combo of lavender, rosemary and mint. Some people don't like it; to me, it smells luxurious and... French.

Performance-wise, as alluded, a short loading time is all it takes along with a scant bit of water... And boom! Creamy, fluffy lather that's just perfect. Perhaps it's not as dense as some artisanal soaps or as crazy-slick. But it's a very "European lather." Those that have used other French and German soaps know what I mean. There's also a fougére version (brown label) but it's so faint... When MdC first came out with it, they were still unsure how much of the scent to add. Not enough! There's also an unscented version.

How about the Guerlain Vetiver line? This juice is not for the faint of heart. It's vetiver as it was meant to be (IMO) and dates back to the 50s. Yet it's still around and fairly popular today - for good reason. It's the quitessential bug juice and is unlike most OtC fragrances (e.g. aquatics, musks, etc.). Vetiver is a stand-out profile these days, and like oud - "is a thing" now. The aftershave is fairly simple, mostly alcohol and fragrance. It does the job though, and sets a nice base for the EdT... Which is a stronger scented version of the former. To cap it off I applied some of the matching deo. It's an interesting stick of translucent golden brown - like a firmer Chapstick. I love it all. This is... Vetiver!

The hardware should be familiar to everyone... My #Merkur #Futur razor and #BSB Shaving Brush . Lather was lovingly kept warm and contained in the #GTP scuttle. The interesting thing to note however is that this is the sixth shave on the #PolSilver blade... And still going strong. Smooth, sharp and good to go!

A very nice, upscale shave with products of myth and legend - that deserve their place in the cosmetic world, IMO. While their performance particulars might not compete with artisanal creations that strive to push that envelope - these are true European classics.