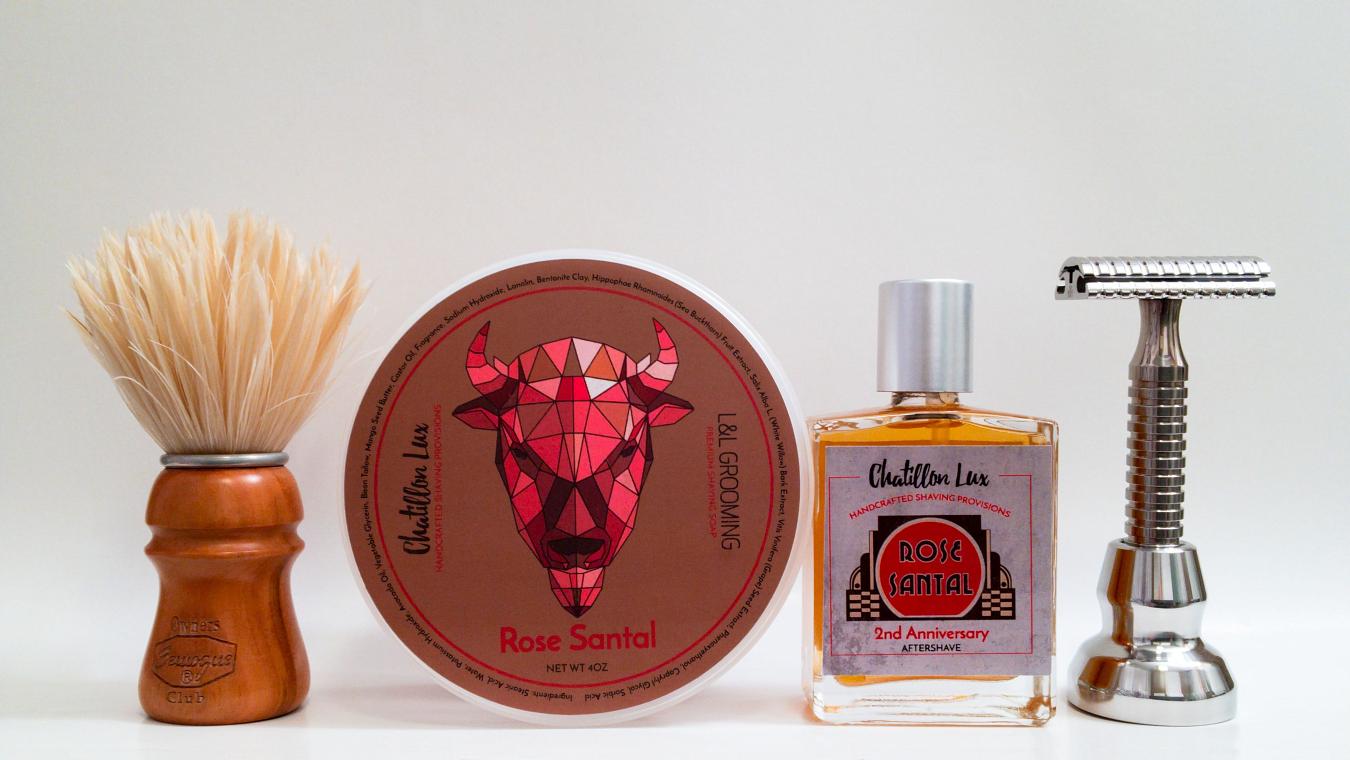 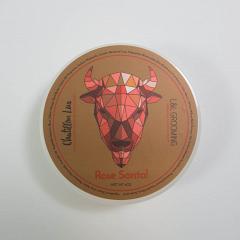 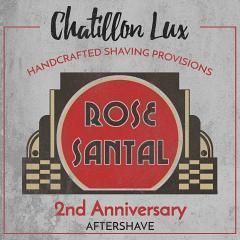 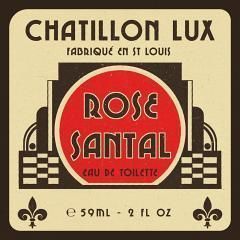 When Chatillon Lux and L&L Grooming get together, magic happens and for today, it's Rose Santal in a #soap and #aftershave combo (with balm on the side for another day) and an #EdT finish.

Rose Santal is a dusty, sultry rose and sandalwood scent with spicy and subtly sparkling sweet undertones. It was built of the Santal Auster sandalwood accord, a creamy, rich sandalwood built from scratch using the highest quality raw perfumery materials. On top of that is Rose Verte accord, which is a dusty rose smell with a sparkling undertone, designed to complement Santal Auster as a hybrid rose accord. It is rounded it out with a subtle spice from cardamom essential oil and Indian black pepper essential oil, all supported by the rich, animalic undertones of labdanum absolute.

I've reviewed a lot of both #landlgrooming and #chatillonlux here (click on either hashtag to see them all) so I won't get into the soap, aftershave or balm performance here. Suffice to say, you can't go wrong with any of these products as they're all top tier and perform appropriately. The cost is above average on the soap and average on the aftershave/toner/salve because of the expensive ingredients. Regardless, each is worth every penny. So let's focus on the scents used in this collaboration between the two artisans in celebration of the 2nd anniversary of Chatillon Lux and who makes the scent.

Rose Santal is all-new from Chatillon Lux and made its debut on June 29, 2017 with a matching soap from L&L Grooming. It's built upon on a scent released previously, called Santal Auster. Officially, the notes include rose, sandalwood, cardamom, black pepper and labdanum. Overall, it's very floral with a musky amber and wood base with just a hint of spice throughout.

On open, you get rose in a big way - it's bold, it's kicking ass and taking names. But it isn't overly sweet or bright, nor does it give the slightest indication of being cheap. No, it's one of the most intoxicating I've smelled; deep and rich, like the purest rose. Take a rose bush, squish it all down into concentrated form and you'll have an idea. If you take a good, strong sniff or wait for it to dry down a little, the sandalwood accord (Santal Auster which I've reviewed previously) makes its appearance. It too is very natural; woodsy, refined and smooth. You can just tell that these are an extremely high quality rose and sandalwood. And they're a perfect complement - but wait, there's more! The cardamom and black pepper give a touch of spice throughout, but remain in the background to add subtle sharpness. On the base, the amber musk of the labdanum provides a masculine backdrop to the rose, which still features heavily and remains that way. Like Chatillon Lux Catalan's Prairie or Mayflower by L&L Grooming it shares a similar profile; a "masculine floral." Yet this is a scent that both sexes can enjoy. Rose accords transcend all.

Overall the scent strength is fairly strong in the soap and a medium in the aftershave/salve. I didn't try the salve (a.k.a. balm) in this shave, rather the aftershave and EdT (which, for some reason, I didn't include in the photo). You can layer the aftershave or toner on the salve for a bit more sillage and longevity.

I've worn the Rose Santal EdT numerous times now, even before its official release - and I have gotten quite a few complements! Two from women and one, surprisingly, from a construction worker who was really vocal about how good it smelled and how much he liked it. It's a good thing, as sillage is epic for at least four hours, after which it slowly fades - with longevity easily into six hours. If you stick with the aftershave, toner or salve then you'll probably get about four hours with less sillage. The EdT is wicked potent and I'd suggest grabbing some. Not only is it an incredible scent, you're really getting your money's worth at only $40... A price that's going up, across the board, in September. And there's still some left...

On the topic of some being left... Rose Santal sold out faster than Bon Vivant, Catalan's Prairie and Santal Auster by a wide margin; the former two with matching soaps - the latter without. The soap and aftershave were gone rather quickly. In fact, demand was so great that another batch of the aftershave (only) will be made available on July 21, 2017 at 1pm Central time. If you're a fan of rose accords and general shaving software, I strongly urge you to grab any medium that catches your fancy - while you can. The next release is not coming until next year!

Hardware for today's shave included the custom #TimelessRazor "aggressive edition" with a #PolSilver blade on shave four. As usual, the #SOC, my standard brush for these softer soaps, loaded the soap and generated the sumptuous lather in the #GTP scuttle with aplomb. This lather is just superb. As expected, the shave was super comfortable and very close. I decided to splurge a little today instead of using the "mild edition" because... Why not.

I truly enjoy most of the Chatillon Lux fragrances. This one is yet another example. It's a rose/sandalwood accord that's both floral and masculine. When used with the EdT, you'll be saying to the world "I love rose and I'm not afraid to show it!" Thankfully, it's one of the most sumptuous rose accords I've smelled. Deep, rich and entirely intoxicating. The performance of every product pictured above is beyond reproach. From the hardware to this very special software... Pure shaving bliss today, yet again.