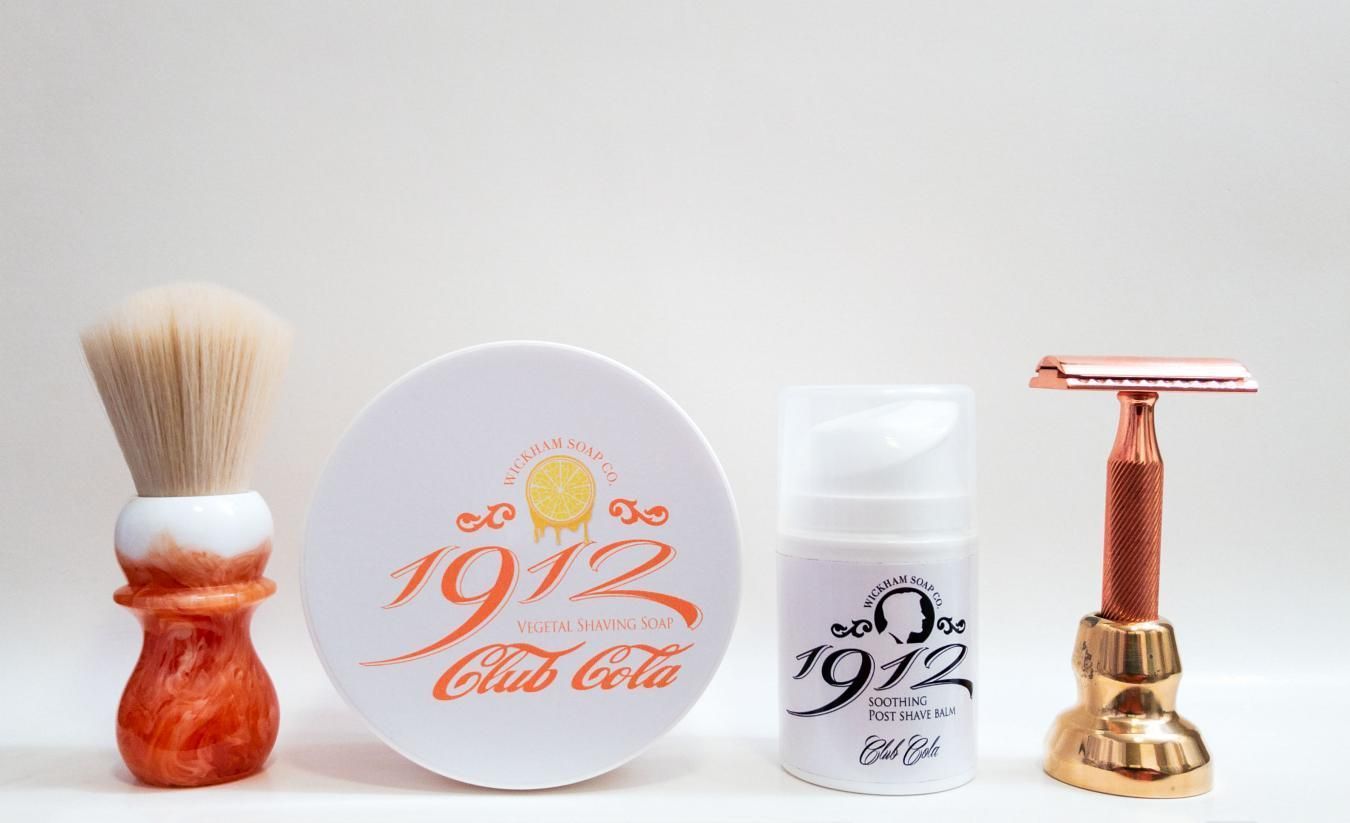 Another great scent (that's quite popular) from Wickham Soap Co. called Club Cola in a #soap and #balm. Does it really smell like cola?

There’s nothing quite like waking up to the smiling warmth of the sun. Club Cola offers exactly that; a punchy citrus orchestra of bergamot and neroli with a lively, sparkling foundation of caramel and vanilla.

New to the den is Wickham Soap Co. and today's flavor is Club Cola! I did an in-depth review of Magnum last week, so check that out for all the details. Today I'm just going to talk about the scent of Club Cola with some additional notes on performance, as this is the second time I'm using the goodies from #WSoaps. This is a rather popular scent in the line and I've admired it for about a year now; and it's easy to see why.

Officially, Club Cola has top notes of bergamot and neroli, a middle note of vanilla and a base note of caramel. You might expect a somewhat typical French or Italian open with those notes - but it goes a totally different direction. On open, you do get the citrus notes, maybe a hint of vanilla - but it also combines quickly with the caramel. I don't know that I'd really give much of a transition through the tiers as it dries down. Rather, it truly smells very much like Coca Cola. Maybe not exactly, but when you smell it, you'll know it smells exactly like what it says on the tin. Besides, look at the script used for the product name on the tub as a clue... It's uncanny, and smells like nothing else in the den.

Needless to say, the citrus burns off fairly quickly, leaving vanilla and caramel to hold the fort... But they don't last too long either. I'd give longevity about 1-2 hours, tops. As for sillage, there isn't very much past application and the tub is a fair bit lighter in scent than the balm - both coming in at a light medium. But this is good; I don't think you want to smell like cola... To be fair, it doesn't smell gourmand or cloyingly sweet - the citrus keeps that in check. Personally, I followed up with #Guerlain Habit Rouge almost randomly. It worked quite well.

As for lather, it performed much like my previous shave with Magnum - a 30s load with the brush above and it produced abundant, creamy lather that has excellent primary and very good secondary slickness. Literally oodles of lather; I could paint my face thickly for each of the three passes. Next time I'll have to try a brush with more bite (backbone) - I think I'd probably fill the scuttle. I really have no complaints and the only thing I'd ding it for is secondary slickness. It's there, but not as slick as primary - but you can certainly do additional strokes.

The hardware today consisted of the #AboveTheTie #Windsor razor in gleaming copper, fit with a #PolSilver on shave four. The custom brush from #TurnNShave sports a 24mm Angel (a.k.a. Cashmere) knot that's set at a slightly lower loft than usual, so as to give this rather soft knot more backbone - that's why the knot looks more slender than you might be used to seeing. Finally, it goes without saying - the #GTP scuttle did the rest.

I continue to be impressed with the performance of Wickham So Co. in general as well as the soap and balm. It's an excellent value, the packaging is top notch and most importantly, the software works rather well. And yes, it's a vegetal soap base. Be sure to check out the next Wickham Soap Co. review of Union Sq! Also news today - Ninfeo di Egeria was released - and sold out in four hours!