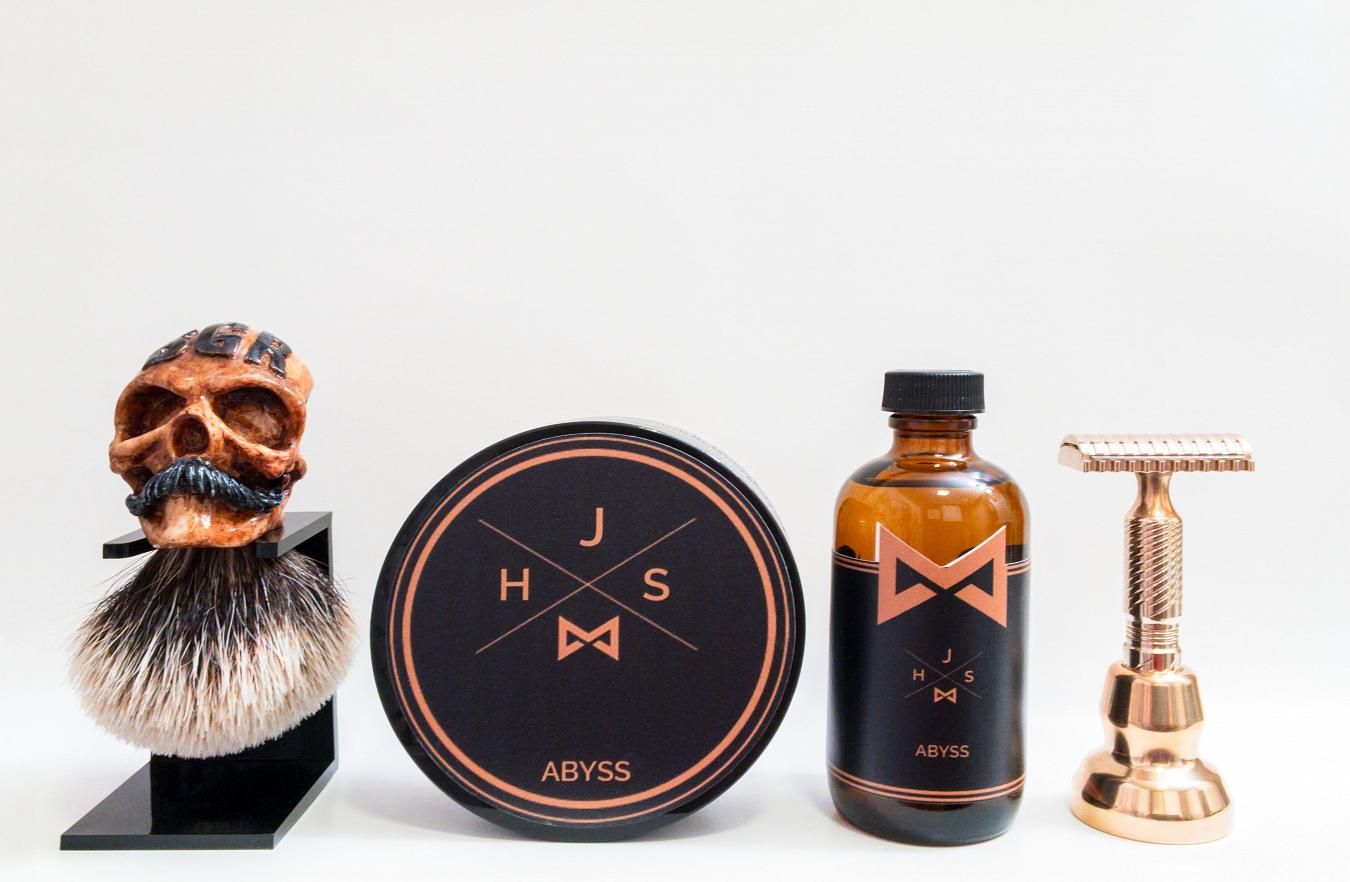 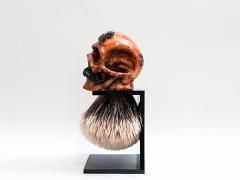 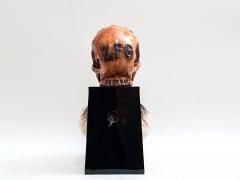 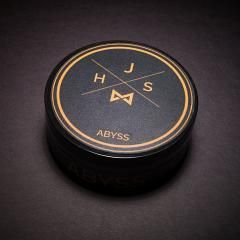 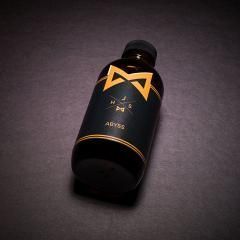 Kicking off #JeevesWeek with the latest release from Jeeves of Hudson Street called Abyss in a matching #soap and #aftershave!

Abyss is a beautiful dark, creamy and woody rose. Two main notes dominate but they work incredible together; Black Roses & dark chocolate. Not sweet, cloying or sickly, but literally the smell of roses dipped in the finest dark chocolate. Also there is an almost tactile richness to this scent, a velvety smooth sweetness at the base imparted by the vanilla. The patchouli, oud, saffron, truffle and moss are blended into a thick dark haze through which the red rose note shines and shimmers.

I'm going to, over the course of the next week, go through each product available from Jeeves of Hudson Street. In case you missed the earlier review of Zulu Foxtrot Golf (military parlance for "ZFG" or "Zero Fucks Given") check that out. I mention that review not just because it talks about the soap and aftershave performance (which I won't but paraphrase below) but it ties into the brush, which I'll detail in a moment. Unlike the previous Zulu Foxtrot Golf and the reviews in the coming days, you'll note the new branding of Abyss. It's simpler, cleaner and much classier. This is the new look going forward!

The aftershave, like the soap, also has a deceptively simple ingredient list. Also like the soap, it performed really well. Not so much alcohol where it just burns, as it's balanced well by the witch hazel. Similarly, the menthol isn't too potent where it overpowers the fragrance... Too many aftershaves have this issue. Finally, there's the glycerin which leaves a silky soft face feel without being tacky. Each ingredient is in just the right proportion. The scent strength is a medium, and the longevity a good 4+ hours.

So how's the scent? Officially, Abyss has notes of rose, chocolate, vanilla, patchouli, oud, saffron, truffle and moss. As per the description, you might get the impression that it's mostly a "roses and chocolate" scent. While not altogether untrue, there's an underlying complexity to it that serves to balance it out very well. Like other scents from #JeevesSoaps - there's an air of a good cologne about it. The vanilla easily warms up the scent and adds creaminess while the patchouli, truffle and moss lend a slightly earthy vibe. The saffron blends perfectly with the latter, extending the green while the woodsy oud offers a nice counterpoint to the patchouli and supports the saffron. Long and short, this is a darker, classy scent that's neither floral nor gourmand. Astute fragrance fans might recognize this scent from Tom Ford Noir de Noir.

The razor for today was the #TimelessRazor #TRBR78 open comb in bronze with an #Astra blade on shave two. Similar to my last shave with this razor the Astra really feels at home here. Despite not being among the "sharper" blades out there, I had 4-5 days of growth going and this combo wiped it out in one pass (which could've passed for a DFS). Unlike the Mühle R41 which can be a little tuggy with this much growth sometimes, this razor just plowed right through it like it wasn't there. Even with the stock bronze handle, not a weeper in sight. I think I've finally tamed this bad boy.

The brush I mentioned earlier, in relation to Zulu Foxtrot Golf (ZFG, the name courtesy of yours truly) is, like the soap, a custom job for the Facebook group Bloom and Groom Room (BGR). It involved not just one, but two artisans. The skull itself was crafted (by hand) by GugerArt - a fellow by the name of Gustav Germann in Sweden. On the front of the skull it reads "BGR" and on the back, "ZFG." Each brush is numbered; there are 18 in total - this one is number four. For the knot, it seemed a proper badger was the only way to proceed, given the colors. For this, a Maggard Razors two-band in a 24mm size was sent to JR Reyes (a.k.a. Reyes Restorations) in Ft. Worth, Texas where he set them in the brush handles. Quite a journey and a beautiful result! It performs like you might expect from these Maggard Razors knots - excellent... And will continue to get better as it breaks in and blooms. The loft is perfect, providing a great balance of backbone.

You might note that besides the main image, there's multiple angles of the brush - along with two product shots of Abyss. They were shot by yours truly in the studio. In fact, for each of the shaves during #JeevesWeek I'll be working through each product he offers, complete with two custom product shots. They'll be appearing on the Jeeves of Hudson Street website soon!

A lovely, lovely (and much needed) shave was had. I'm pleased to say that I tamed the squirrlley razor, finally - and it simply outdid itself given the amount of stubble on hand. It's not just a "Monday morning razor" but a "I'll take off whatever you've got razor." The software performed wonderfully, well above the price point - which at $15.99 (for the soap and aftershave, each) is an excellent value. Finally, there's the custom #GugerArt brush. Beautifully executed piece of handmade art - made in fact, by several hands by the time it was all said and done.