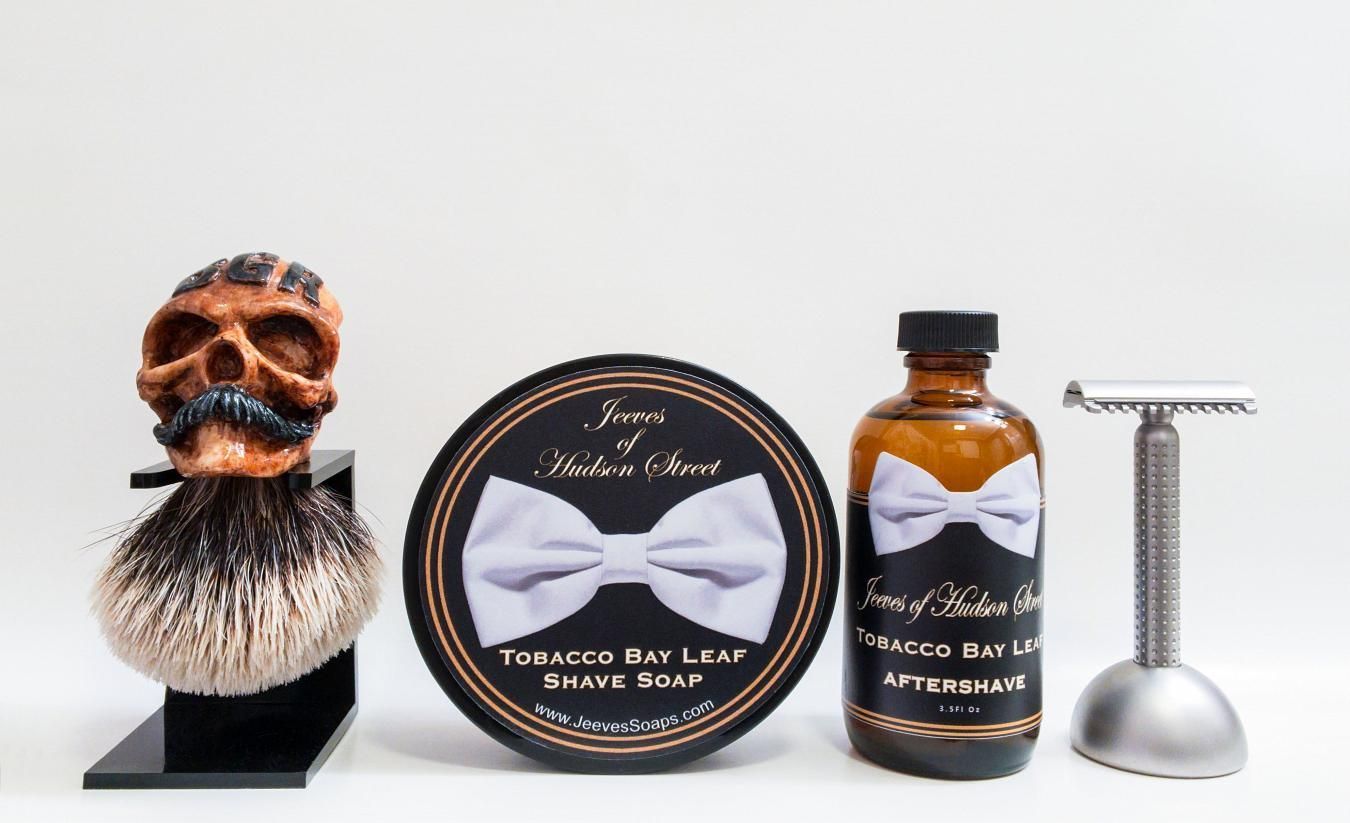 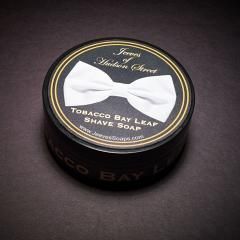 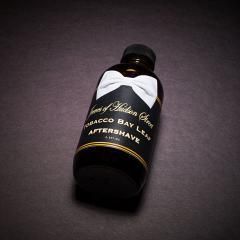 Second day of #JeevesWeek with an older release from Jeeves of Hudson Street called Tobacco Bay Leaf in a matching #soap and #aftershave!

Fresh tobacco is a common base for many a gentleman's fragrance. Its sweet, green, warm and slightly earthy. Top notes of bay leaf and fir needle are blended together by the richness of cedar wood and bergamot to create a clean, masculine, and fresh aroma.

I'm going to, over the course of the next week, go through each product available from Jeeves of Hudson Street. In case you missed the earlier review of Zulu Foxtrot Golf (military parlance for "ZFG" or "Zero Fucks Given") or Abyss check those out. Unlike the previous Zulu Foxtrot Golf and Abyss you'll note the older branding of Tobacco Bay Leaf. Same ingredients though.

So how's the scent? Officially, Tobacco Bay Leaf has notes of tobacco, bay leaf, fir, cedar and bergamot. As I mentioned yesterday, most offerings from Jeeves of Hudson Street have an air of a good cologne about them. This one is no different. The most forward scent is the tobacco, which is somewhat warm and sweet, green and a little earthy. The bay leaf ads a nice hint of spice, but like the upcoming review of #JeevesSoaps Bay Rum it's very subtle, and probably unlike most of your encounters with it before. Here it's complemented perfectly by the fir needles and cedar wood to add just the right amount of evergreen woodiness and a touch of bitter orange bergamot to keep it from getting too dark or wandering off center. It's a lovely green and fresh combination of notes that would be a classy option for any time of year. I really like this one, and it should be easily approachable by most guys (and gals).

The cleaver for today's operation is the sweet Masamune razor from #TataraRazors with a #Feather blade on shave six... I forgot to replace it, and it showed. Not the closest shave, but I find that coming off of a super close shave the day before makes the following shave a bit variable for me. Still, a lovely, smooth shave with zero complaints! The brush is a truly custom piece designed by #GugerArt that I detailed extensively in yesterday's review. It's breaking in quite nicely, blooming just a bit - and starting to outgrow the stand. It came with the L'Occitane en Provence Plisson brush, but is a fairly standard option out there. A tighter fit than I'd like. The #GTP scuttle did the needful.

You might note that besides the main image, there's two product shots of Tobacco Bay Leaf. They were shot by yours truly in the studio. In fact, for each of the shaves during #JeevesWeek I'll be working through each product he offers, complete with two custom product shots. They'll be appearing on the Jeeves of Hudson Street website soon!

A nice, smooth and mellow shave today. I continue to be impressed by the Jeeves of Hudson Street offerings. The scent on Tobacco Bay Leaf is especially nice. Clean, fresh and green... Good for any time, but I think it'll be a big hit in the spring for me. I find it nicer, smoother and more subtle than say, the likes of Green Irish Tweed. If you're a fan of the latter, try this stuff - I think you'll really like it. It would pair well with Calvin Klein One Shock (For Him).