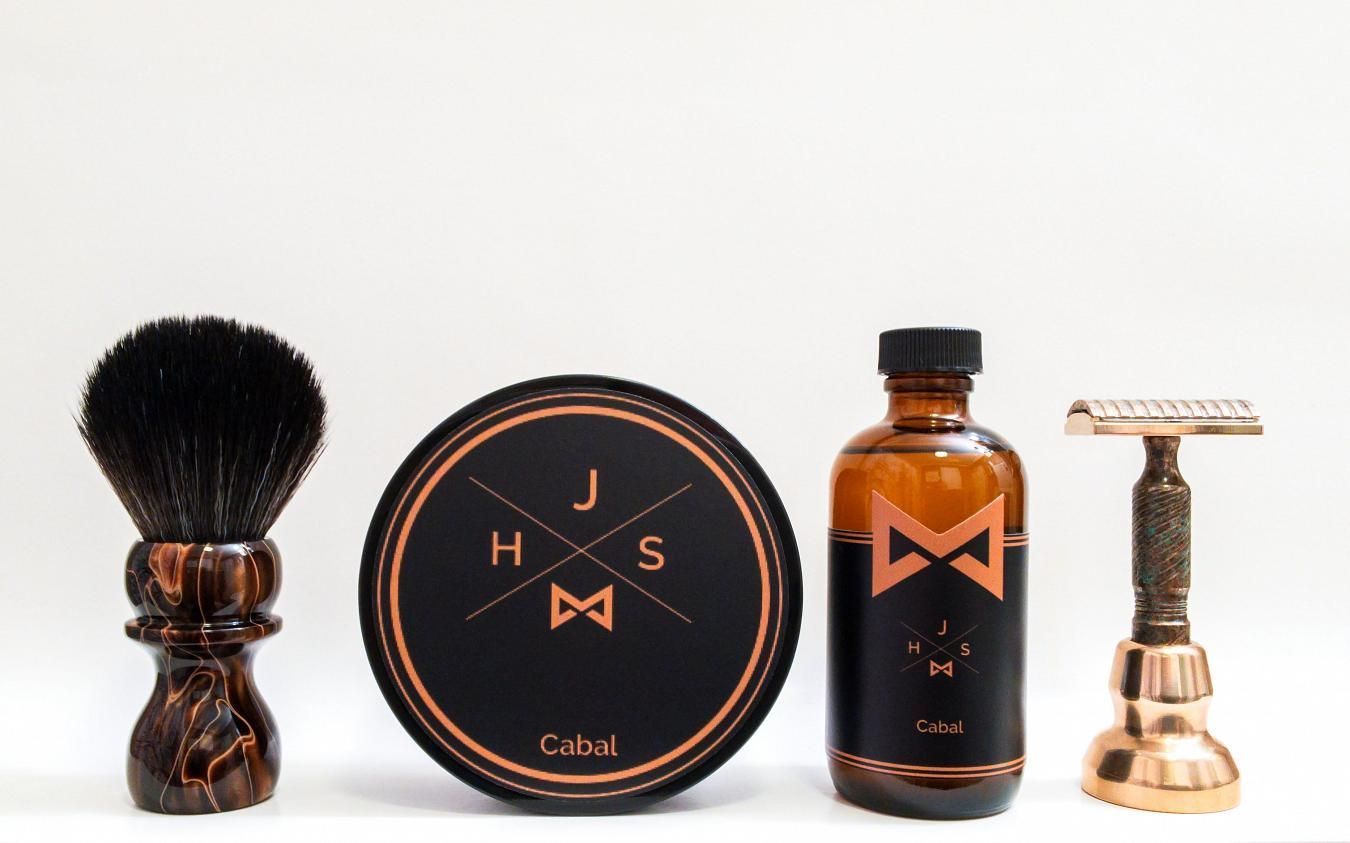 The latest release from Jeeves of Hudson Street called Cabal in a matching #soap and #aftershave with an intoxicating vanilla accord!

I'm going to, over the course of the next week, go through each product available from Jeeves of Hudson Street. In case you missed the earlier review of Zulu Foxtrot Golf (military parlance for "ZFG" or "Zero Fucks Given") check that out. I mention that review because it talks about the soap and aftershave performance (which I won't but paraphrase below). Like the previous Zulu Foxtrot Golf and Abyss reviews, you'll note the new branding of Cabal. It's simpler, cleaner and much classier. This is the new look going forward!

The aftershave, like the soap, also has a deceptively simple ingredient list. Also like the soap, it performed really well. Not so much alcohol where it just burns, as it's balanced well by the witch hazel. Similarly, the menthol isn't too potent where it overpowers the fragrance... Too many aftershaves have this issue. Finally, there's the glycerin which leaves a silky soft face feel without being tacky. Each ingredient is in just the right proportion.

So how's the scent? Officially, Cabal has top notes of tobacco leaf and spice notes; middle notes of tonka bean and cocoa and base notes of a fruit accord. On open there is indeed a spicy, yet sweet tobacco - but just below the surface and developing shortly upon dry down is the vanillic, somewhat chocolatey middle. The base is reminiscent of dried fruits; somewhat undefinable but I get a good bit of cherry... But the vanillic tonka bean is what stays dominant, longest.

Unfortunately, the scent strength of the soap is fairly light (though it blossoms a bit upon lathering). The aftershave is thankfully stronger at a light medium. Were it not for that, I'd have knocked the Scent Strength rating in the chart above down another notch. All around I would've liked to see the strengths of both amped up. You could easily layer another, similar fragrance on top for the day. Sillage drops off rather quickly but longevity is in the 8+ hour range.

As per the description, you might get the impression that it's somewhat similar to other offerings, such as Tobacco Bay Leaf or Abyss. Certainly there are some common notes (e.g. tobacco leaf, cocoa/chocolate and tonka bean/vanilla) across all three, but each goes in a different direction and the differences bigger than they sound. Like other scents from #JeevesSoaps - there's an air of a good cologne about it... In the case of Cabal and Abyss for good reason; they are clones of Tom Ford colognes... And astute fragrance fans might recognize this scent as Tobacco Vanille!

Hardware today was the #TimelessRazor #TRBR38 with an #Astra blade on shave four (more on the patina and verdigris). The brush is an amazing piece by #TurnNShave called Copper Swirl with an iridescent copper resin mixed with black and copper ribbons for a killer 3D effect - and sports a 26mm BOSS knot. The #GTP scuttle kept the lather contained and warm within.

Vanilla (or tonka bean in this case) is just one of those notes that can do no wrong. This is a pretty close clone of the Tom Ford cologne for a lot less money. My only gripe is that the scent strength of both the soap and aftershave could be better. Performance and otherwise, I feel that Jeeves of Hudson Street is underrated. Try a combo today; I think you'll be pleasantly surprised!