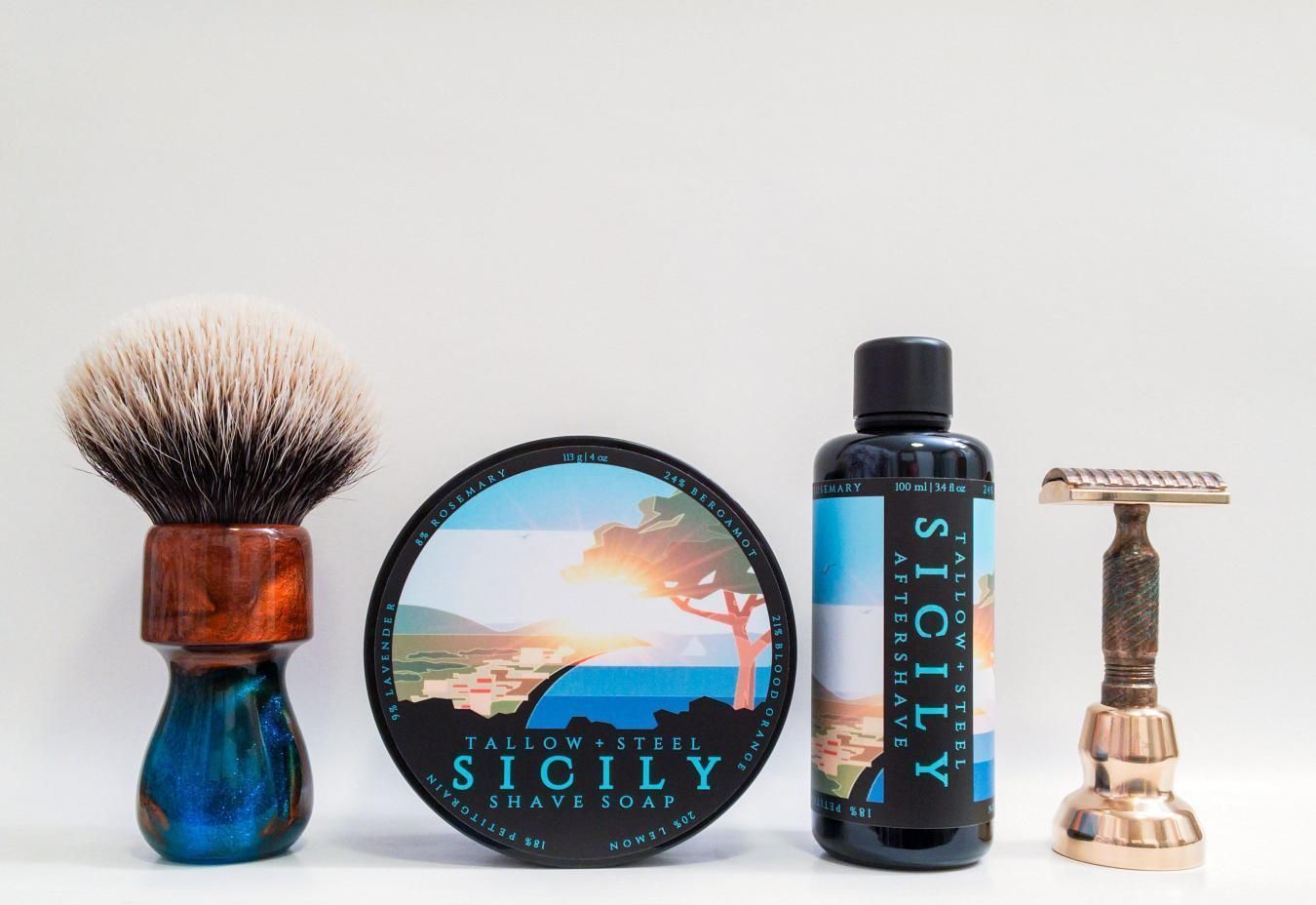 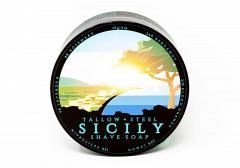 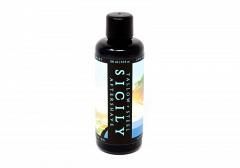 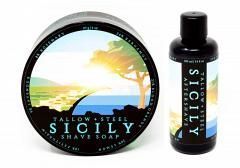 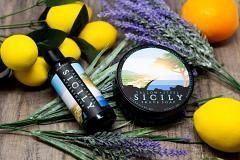 The epitome of old world class, Sicily is a classical masculine fragrance that evokes the region’s passion for the finer things in life.

The island of Sicily has an almost otherworldly atmosphere—a place where the azure seas ebb and flow onto golden shores, the mountains are restless, and bygone civilizations still linger in the rubble of ancient columns and temples.

Fresh, crisp and inviting like the island itself, Sicily is a perfect fragrance for summer.

Long-time readers may remember the two very extensive articles on the new line last year, the first being Meet the All-new Tallow + Steel Products with the follow-up Tallow + Steel 2017 - First Impressions which covers the reformulations and performance (besides other aspects) so I won't repeat much of that here. There's a lot of new things to talk about for the 2018 products, which were released on June 15, 2018. This is the third of three reviews. For more in-depth information and background on the 2018 releases I strongly encourage you to check out the review of Kyoto and final impressions mainly, but also Madagascar.

The scent is described as:

So let's talk about the scent of Sicily which surely many are wondering about. Officially, it's described:

Inspired by our time touring the island, this fresh, classic aroma starts with a citrus blend from essential oils produced on the island: lemon, blood orange, and petitgrain, and is joined by bergamot from nearby Calabria. The citrus accord is accompanied by an herbal blend of Italian rosemary, and a unique lavender grown high in the Italian Alps.

So, distilled down it has notes of bergamot, blood orange, lemon, petitgrain, lavender and rosemary. What you might notice about the 2018 line is that scent notes are all followed by a percentage in an attempt to better inform people about dominant notes. Though it should be said that it doesn't give the whole picture, as some notes are more intense than others.

There's no denying that this is a citrusy accord. In fact, four of the six notes make up 83% of the scent, just in citrus - with all of them sourced from the region. On open you get primarily lemon, which slowly makes way for the blood orange. The bergamot and petitgrain boost both the lemon and blood orange, but keep their sweetness in check. Both are slightly floral, but the former adds a little spiciness while the latter is a little herbaceous. The petitgrain makes for a seamless transition to the herbaceous, slightly camphorous rosemary middle, revealing itself fully - before making an equally seamless transition to the lavender base... Oddly enough, rosemary is a perfect companion to the lemon, orange and lavender scents. Summed up, this is a robust citrus blend (which fades fairly quickly) transitioning through an herbaceous middle and ending in a floral base, all in a perfectly smooth, linear fashion.

The scent strength is middling while the longevity is somewhat comparable, even slightly longer than Kyoto. That is to say, longevity is about 1-2 hours. It would make a perfect segue to a number of citrus scents like the Acqua Colonia types - in fact, I used Chatillon Lux Colonia Balsamica - or any number of lavender offerings. With Sicily #TallowAndSteel has created its most approachable scent; one that everybody should love.

As with the Kyoto and Madagascar reviews regarding the soap, this version is rather similar to the previous version. The scent does seem to shine through a bit better without the base coloring it. So a checkmark in that column. Slickness also seems somewhat improved, though it's essentially outstanding in both formulas. Likely the result adding safflower oil. Lathering seemed a bit easier, though it's wasn't an "official" goal of the reformulation. The lather was abundant; dense and very creamy with excellent primary and secondary slickness.

Hardware for today included the all-black #TimelessRazor #TRBR38 (with freshly polished base plate and stand and heavy patina on the cap and handle) with an #Astra blade on shave six. The obvious choice for today's brush seemed to be the Pueblo made by #ThatDarnRob sporting a monster 30mm Maggard Razors Two-band knot. The #GTP scuttle rounded things out.

A third use of the new stuff, and a quick recap. Like all Tallow + Steel offerings, it's a bit pricey because of the ingredients and shipping from Canada but of the highest overall quality and absolutely unique scents. Sicily itself has good scent strength with a longevity comparable to Kyoto but not quite matching Madagascar. Of the three scents released by Tallow + Steel for 2018 it's very approachable scent-wise and is a truly smooth operator. A perfect start to any citrus or floral EdT/EdP follow up.