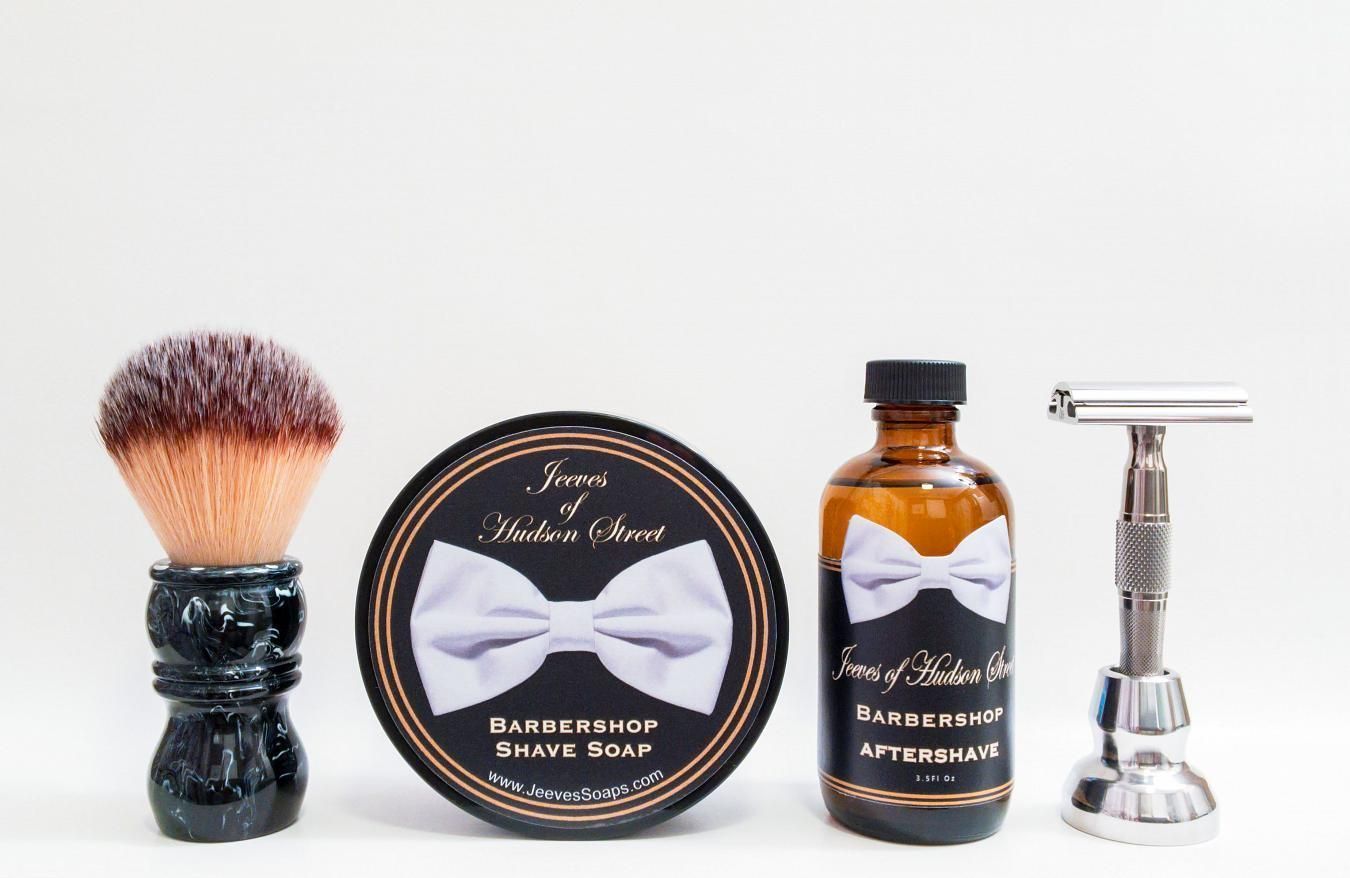 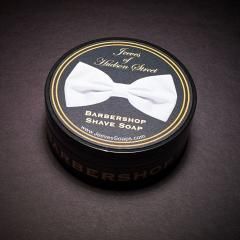 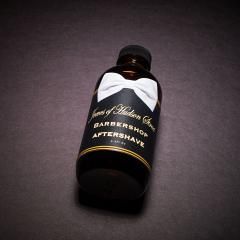 Day five and the exciting conclusion of #JeevesWeek with an older release from Jeeves of Hudson Street called Barbershop in a matching #soap and #aftershave!

The quintessential "manly" scent, Barbershop brings you to not only a place of nostalgia, but of culture. The word "barbershop" brings back a variety of different scent memories to each individual person, but these notes seem to be constant - talcum powder, oakmoss, citrus (usually bergamot), and spice. Look no further than Jeeves.

I'm going to, over the course of the next week, go through each product available from Jeeves of Hudson Street. In case you missed the earlier review of Zulu Foxtrot Golf (military parlance for "ZFG" or "Zero Fucks Given") or Abyss check those out. Unlike the previous Zulu Foxtrot Golf and Abyss you'll note the older branding of Barbershop. Same ingredients though.

So how's the scent? Officially, Barbershop has notes of powder, oakmoss, bergamot and spice. That is to say, your quintessential "barbershop" accord... Which is a bit misleading, as it's more of a genre than a definition, and depending on the artisan and even the country, this can vary widely. But if you're thinking along the lines of Clubman Pinaud and the like, you'll be in the right ballpark - and Barbershop smells the part, without being contrived. In fact, it's quite pleasant; subtle, manly and just ever so slightly darker than usual. Again, that "air of a cologne" vibe of #JeevesSoaps is somewhat prevalent. You definitely get a powder-forward scent, which is uplifted at first by the bergamot and as that fades on dry down, the oakmoss slips in and darkens it it a notch. There's an underlying hint of spice that keeps it interesting and a little more three dimensional and unique.

The razor today was the #TimelessRazor "mild edition" with a .68mm blade gap on a smooth straight bar and top cap with a #Stork titanium handle and a #PolSilver blade on shave two, keeping things mild and mellow. The brush is interesting; it's actually a Jeeves of Hudson Street piece and features a Plisson style knot. Thankfully the loft is a bit lower and/or knot a "hair" denser than the original from L'Occitane en Provence which set the synthetic brush market alight when it debuted... And was equally panned for it's completely floppy behavior. This one worked decidedly better. The #GTP scuttle, naturally, did its part in keeping things warm and contained.

A lovely "barbershop" shave today! This Barbershop scent won't disappoint the fans of this genre. It's not overly complex, nor does it stray far from the "norm" but is instead a solid representation of the middle of the road. If you like to keep things simple, traditional or maybe pair with similarly scented products (looking at you, Clubman Pinaud or maybe Brut) then this is a great choice.