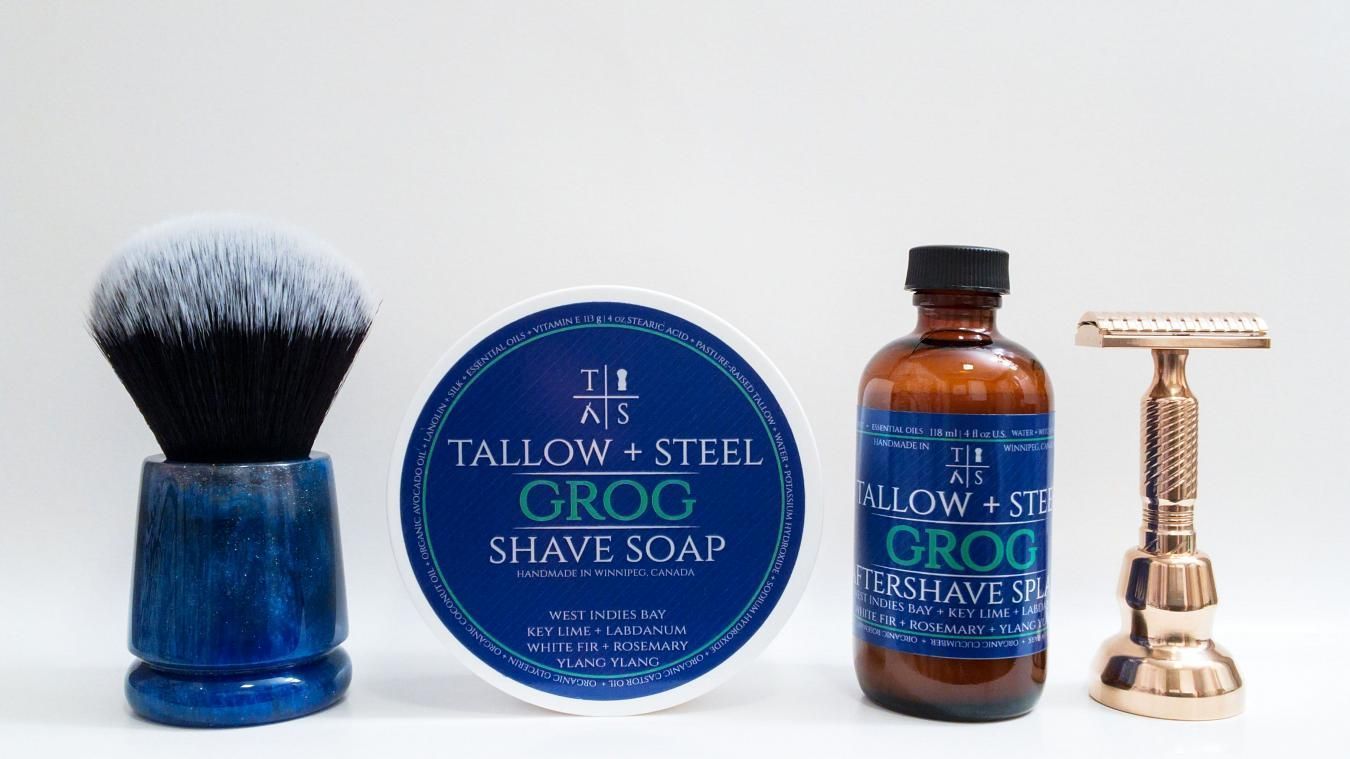 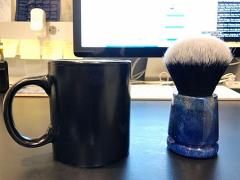 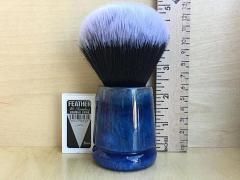 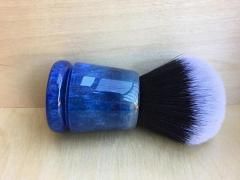 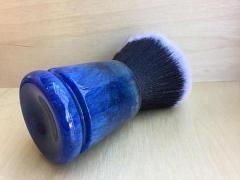 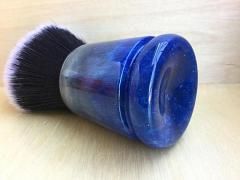 Enjoying the excellent scent that is Grog by Tallow + Steel in the form of #soap and #aftershave - sad that it's no longer available - and giving the latest hardware a spin. Beware of monsters... Brushes, that is!

Grog is a unique scent built on a classic bay rum. Real West Indies bay is accompanied by key lime, sweet balsamic notes and subtle herbs. In the 1700's British Vice Admiral Edward Vernon introduced a drink to the Royal Navy made of rum and citrus, often with the addition of herb and spices. It was named Grog, and perhaps this is what it smelled like. But probably not.

I shant review Grog today, as I did an initial in-depth review of Grog before, with a follow-up shave with Grog in the not-too-distant past. I also did an in-depth review of West Indies which is the 2017 line up replacement (of sorts) for this awesome scent. For more on that, check out Meet the All-new Tallow + Steel Products with the follow-up Tallow + Steel 2017 - First Impressions. But I digress.

If you've been following along, you've surely seen my in-depth review of the Timeless Razor TRBR38 razor along with a week's worth of shaves with various notes... Culminating with an attempt at shimming the TRBR38 razor on Friday (spoiler alert: it didn't work out so well). As I noted in that post, I felt it was a trip down a deep rabbit hole, mostly for no good reason other than satisfying curiosity. I was going to cut a better shim and try it again - but first, another idea.

I took the razor apart and cleaned the insides of the top cap and base plate with an old tooth brush and some [liquid] hand soap to make sure no wax buildup could account for the issues. I removed the shim from the #Feather blade, on shave four today - and reassembled it. A Monday morning with a weekend's worth of growth should be a good test of efficiency, and most guys report that a few day's growth results in better shaves. Granted, it's a bit of an easy test as a result (even shady razors are usually good on a Monday)... And I have to report that I had a phenomenal, darn-near BBS shave today!

Granted, there was just a trace along the jawline. So between a good (internal) cleaning, re-seating the blade and assembling the head and a few days growth... I got a really nice shave. Smooth and comfortable and nicely close - without all the blade feel of say, the .95mm gapped "aggressive edition" #TimelessRazor I usually shave with on Mondays. So what gives? I'm thinking this razor is more than capable of awesome shaves, and while it's mild - it might not be efficient enough for my particular type of beard on those in between days. Tomorrow will be the real test. I suspect that short, wiry stubble is the problem. It's also possible that my face was pissed last week and now that it's had the weekend off and a mild Monday morning shave... Things might go better tomorrow. We'll see - and just when I thought I'd about given up on the #TRBR38.

Now, as for that brush. It's a #TurnNShave special... If you're going to rock a monster 30mm Tuxedo knot - you need an equally monstrous handle to go with. Neither disappoints in this regard. The knot measures 30x72mm and the handle is 2¼" tall (and weighs as much as you might imagine). If you stood the brush next to a coffee mug, the white tips of the knot start just where the mug ends (see pictures, above). I mean, c'mon - look at it next to a standard soap tub and aftershave bottle. To be honest, most people might find this brush a bit... Excessive. If you've got a lot of real estate to cover, say shaving your dome, legs or a nearby yeti... You're aces. Otherwise it's just bragging rights. 😝

Honestly, I think the 30mm Tuxedo knot is really nice. It's fairly dense and has respectable backbone (like the other sizes it comes in) but this is maxed out. The dial is at eleven with this one. Even if you're not the type to shave your dome, it splays nicely and you can cover one whole side of your face in a pass or two, slip down your neck and across and do the other side - and you're done. It's a great time saver in the morning. As for usage, some notes. It's a lather hog; it traps a lot of lather inside. So load up just a bit heavier than you normally do - I might do 30s typically, but with this thing you should probably count on 40s (or more with harder soaps). When applying the lather to your face, splay the knot or rotate it a bit as you bear down. This will release it and then you can paint as needed. If you don't use a bowl or scuttle, or prefer to apply the brush to your face at a more perpendicular angle, consider a fan-shaped version.

So yeah, today I had a fantastic shave with the razor! Like I said, tomorrow will be the real test, with typical mid-week, short stubble - but at least my face isn't in the slight bit stressed to rule that out as well. Grog by #tallowandsteel is just awesome. A truly great scent and a real shame it's no longer. I can't remember exactly but I could've sworn that Ryan said it might come back at some point, likely a Limited Edition or something. And well, that brush... Jeez!