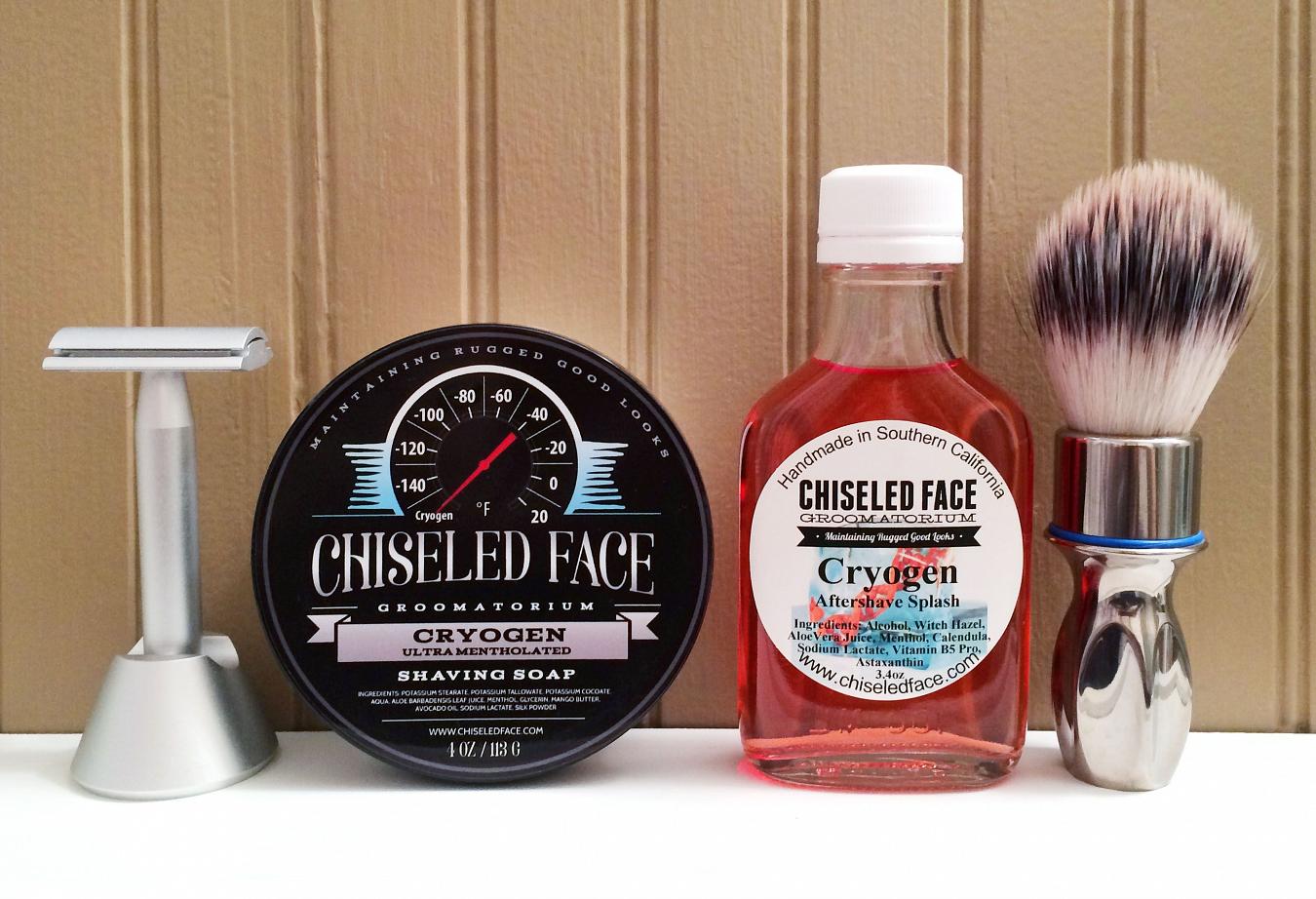 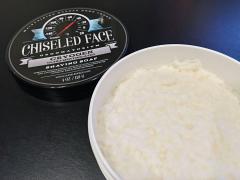 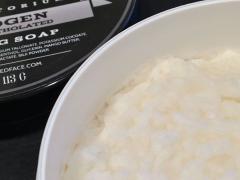 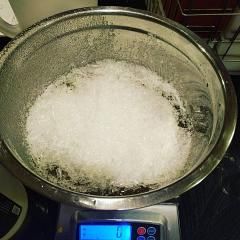 Baby, it's cold outside... Inside too, thanks to software the likes of Chiseled Face Cryogen #soap and #aftershave! It probably needs no introduction - but does it live up to the hype?

Cryogen from #ChiseledFace is one of those things that everybody has probably heard of; especially my fellow menth-heads out there. The general consensus is that it's the coldest shaving software available and that's pretty much what I had built up in my mind going in. I'm a little late to the party here, but it's been on my radar for at least a year or maybe two. I finally got around to picking it up when I had a few things to get at Maggard Razors last week. When it arrived, I of course had to check out the soap and see if it was true - that there are crystals of menthol sitting on top of the soap! Yes, my brothers, it is true. You can see them glinting in the light in the close-up shot above, especially. Taking a good whiff of the tub is like you just chewed up a Halls cough drop (or three). The aftershave was equally frightening. There's so much menthol in both that there's just no room for an actual scent; there is none. It's just menthol - as much as could be crammed in there.

My frame of reference is the likes of Barrister and Mann Arctique which I've reviewed numerous times and is maybe not quite as cold as Queen Charlotte Soaps Vostok which I've reviewed here. Though my Vostok is going on something like three years old now and I don't think it's as strong as it once was - and I had the matching balm, not an aftershave. So not quite apples to apples. There's also PAA Frost Byte which I reviewed here and is quite chilly in its own right and serves up a healthy dose of peppermint (not unlike Arctique though more for scent). While it's not as cold as the other two, it's close enough. Aftershave wise, there's Krampert's Finest Frostbite which is quite impressive and also Sudsy Soapery Lavender & Peppermint aftershave which is a real zinger. You really can't go wrong with any of these.

So let's talk about Cryogen then... Where does it fit in? I'd say it takes the lead as the coldest software I've used - though not by as big a margin as you might think. All of these soaps have sick amounts of menthol, and there's only so much you can put in... If you look at the last photo above, you can see the amount used for just one batch of soap. As it is, you need to load them a bit heavier than usual because of it. Foregoing all scent gives Cryogen that bit of an edge. That said, I didn't find the aftershave quite as cold as I would have expected (and I applied it liberally)... I'll definitely have to give it another go and circle back.

A quick word on performance. Across the board it was basically like other Chiseled Face offerings... The soap loaded up easily and produced copious amounts of somewhat lighter density lather, providing a nice cushion and outstanding glide and secondary lubricity. The aftershave exhibited no tackiness and my skin felt truly smooth, soft and moisturized. I have no complaints; for the price/performance ratio, it's an excellent value. Being as there's no scent in either product, there's not much to say about that. You'll want to follow up with a cologne of your choice.

Another thing that's worth pointing out are the new labels, which were teased in early September 2016. You can see it on the soap tub, above - as compared to the old style on the aftershave. The new ones look more professional and are more consistent in overall look and branding. They're also easier to read with the appropriate graphic moved out from under the text; more clearly visible and stylized. They're waterproof as well (though I've never had issue with the old ones). The new labeling is great!

Hardware today consisted of the #StandardRazors razor with a #PolSilver blade on shave two, the #BSB Shaving Brush loading up the dangerous suds in the #GTP scuttle, which kept the chilly stuff warm... An odd dichotomy for sure.

So there you have it... Cryogen I'd say leads the pack when it comes to sheer chill. I think the performance of Arctique is better though, and both soaps are less finicky than Vostok is. From an aftershave standpoint, I have mixed feelings. It's definitely cold, but I had expected colder. Again, I'll give it another go and dial things in a bit and see how it compares. Make no mistake though... This stuff is icy! Anyone seeking that menthol rush can be happy with this software. It may be coming time for a new #MentholWeek I think...