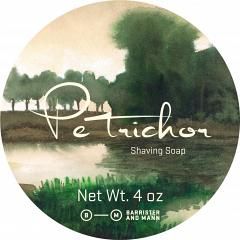 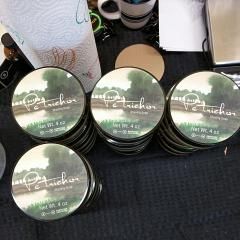 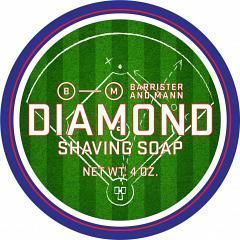 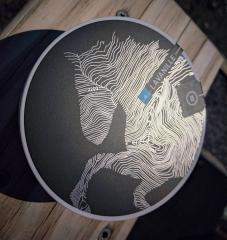 There's some fantastic goodies coming from Barrister and Mann in just a few days time - the Spring 2017 collection! As usual, Rhapsody makes its return... But perhaps the bigger news is that Petrichor and Diamond are returning (for a limited time)!

Originally scheduled for release on March 20, 2017 - they were delayed due to some nasty winter weather - until April 1, 2017 (almost two weeks, yikes). No worries though, they're surely worth waiting for. Rhapsody will come in a soap and aftershave, as will Petrichor! All are $17.99 each. Diamond will be available as a soap only and run $19.99 each. On the bright side, all soaps will be in the glissant formulation - so if you've been trying to beg, borrow or steal an unloved Diamond on the forums... Aren't you glad you waited? ;)

The latter two are big news as according to the History of Barrister and Mann - Petrichor hasn't been produced since July 2014 and Diamond since May-October 2015! While the former has been more of a curiosity forgotten to most except #barristermann collectors, the latter has been oft requested across the shaving community. It's because of that it is being re-released. Don't miss either of these - especially the latter, which will only be produced for one month (until the end of April).

Might be time to do another #PetrichorShootout - previously I compared two products; PAA La Tierra Mojada and Chiseled Face Summer Storm.

Finally, keep an eye out for the newly repackaged and glissant formulated Lavanille! There's a sale on the current (older) stock of $19.99/tub vs. $23.99.