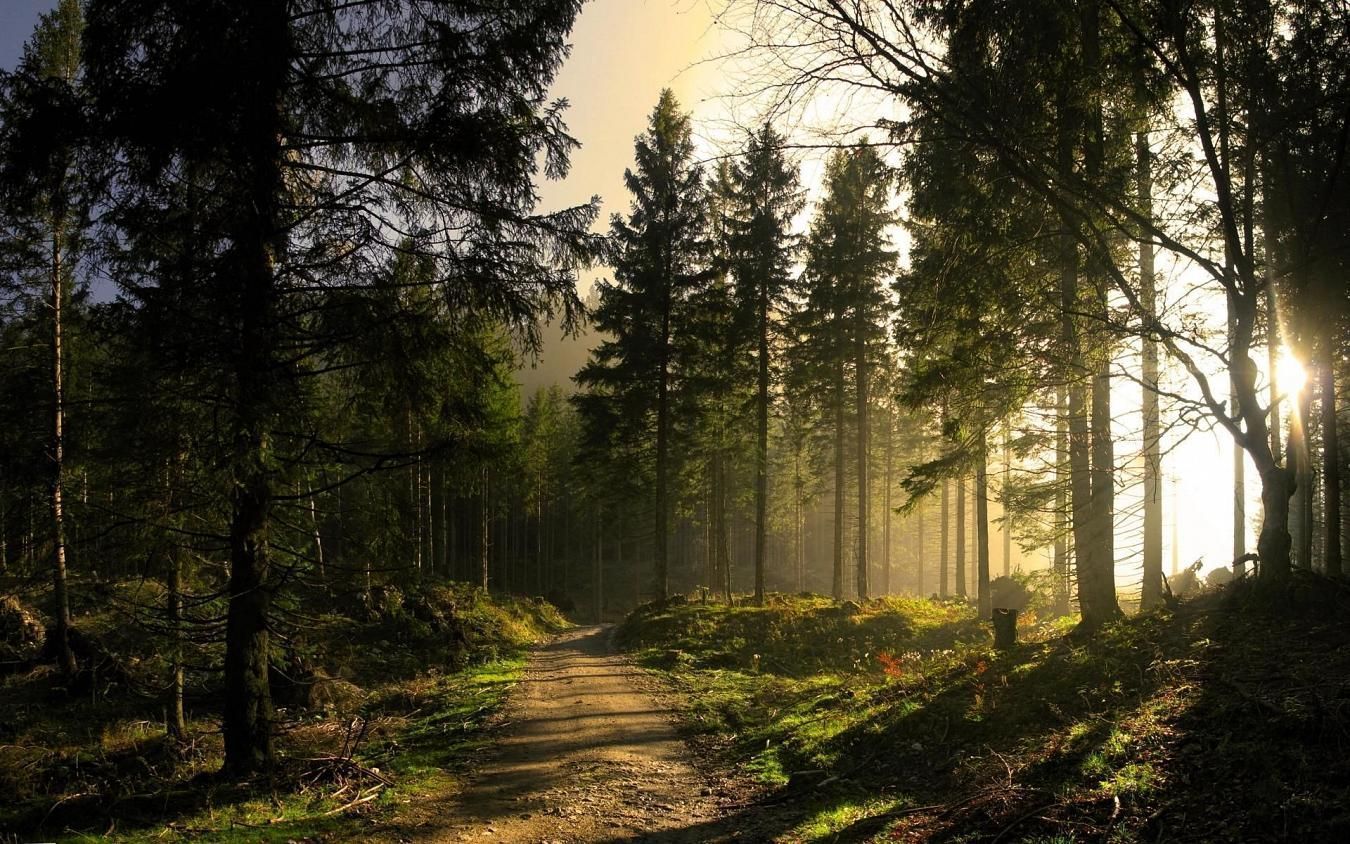 Fir... A quintessential fall/winter and holiday note for many products - shaving #soap and #aftershave being no exception. While many use fir as a scent note, most aren't fir-centric (or "forward"). For the real fans, I'm looking at three generally available options (though two of the three are seasonal). How do they compare? Let's find out!

As mentioned, a lot of scents might use fir (a.k.a. balsam fir and/or pine needles) as a note in the accord, but how many really put it out there and let the fir flag fly? Not too many, turns out. While not and end all, be all list - today I'll talk about three fine examples. Barrister and Mann First Snow, ( #barristermann ) Mickey Lee Soapworks Through the Woods, ( #mickeyleesoaps ) and Tallow + Steel Boreal ( #tallowandsteel ) - each of which I used in recent days over the last week (click each link for the appropriate post). The idea being, each will be fresh in my head for form today's comparison.

FWIW, in the past I did a #CreamWeek and #PetrichorShootout, #BarristerWeek and #MentholWeek as well. So check those out if you like comparisons such as this.

I just want to reiterate that this is not a comprehensive list of fir-centric shaving software. For example, there's Cold River Soap Works Winter LE and Wet Shaving Products Spruce Up among others out there. In case of the former, it was released a couple of years ago and generally no longer available (though it might show up again some day) and while I do have it, it lacks a matching aftershave - and the latter is only an aftershave, without a matching soap (that I'm aware of). I have all three of today's products, used them recently (and fairly often enough) and therefore, comparing only them.

Lastly, if there's any doubt as to the popularity of fir, I'll leave this little gem right here - where Miller from Repo Man (1984) talks about those little tree-shaped fir air fresheners that you see hanging from rearview mirrors across this great land:

First, let's take a look at the official notes:

Granted, other than First Snow the accords are a bit more complex than "just fir." That said, they each have a very strong fir presence. What you might call fir forward. All of the other notes support this one to varying degrees. Therefore, First Snow is the purest fir scent, despite the soft leather undertone. Through the Woods would come in behind in terms of fir; the other notes definitely serve more as a backdrop. Finally, there's Boreal which balances the fir and white/black spruce (pine needles) further with woods and has a healthy birch (wintergreen) undertone. Nevertheless, if you're a fan of the fir - each of these will give you a thrill. Each is unique enough unto itself to merit owning one or all of them.

Scent strength varies a bit. First up is First Snow being soft and gentle. Easily usable year round and able to layer with any follow-up scent. Through the Woods is stronger, and adds other notes to the mix. Finally, there's Boreal which packs a wallop. Between the fir, pine, woods and birch (wintergreen) - it's quite potent.

Longevity is also variable, but only slightly. None of the three last more than a couple (maybe a few) hours tops. Plan to layer another scent if headed out for the day. You'll find First Snow the easiest to do this with, followed by Through the Woods and close behind, Boreal.

One thing that stands out with First Snow is that both the soap and aftershave are slightly mentholated and totally befitting the name. This is a nice touch, and as a fan of menthol - I very much approve. Overall though, and compared to the others is that it's a light scent, and relatively simple. Depending on what you're after - that could be good or bad.

How does the soap and aftershave perform?

In an all-encompassing look at performance of each artisan's offerings, let's take a look. Mickey Lee Soapworks products are quite good, especially for the money. Setting scent aside, the soaps and aftershaves perform rather nicely - but don't stand out (too much). Barrister and Mann with their Glissant and Tonique formulations are quite good and take things up a notch. Solid and dependable. Upsetting the status quo with their new 2017 lineup is the relatively new Tallow + Steel offerings. While not dramatically better than Barrister and Mann I do find that Tallow + Steel is just a bit better. The soap in terms of slickness and feel (lather density is about the same) and the aftershave in terms of moisturization (with healing about the same). As for scent strength and longevity, see above.

How is the soap and aftershave packaging as far as containers and labeling (artwork, branding and quality)?

When it comes to packaging, both Barrister and Mann and Tallow + Steel set the bar, and set it high. The latter has more uniform branding/artwork across the line (though the labels are slightly more sensitive). Both however, are unique in terms of branding and artwork - and both use the highest quality containers. At the rear of the pack this time, is Mickey Lee Soapworks. In line with the price, and kudos for solid branding and uniformity with nice, yet understated artwork. However the labels leave a little bit to be desired. They were revamped in terms of artwork and water fastness nearly a year ago, but are still a bit fragile - and are often marked with air bubbles under the decals (at least on the soap tubs). I suspect the slight convex shape of the tub lids and thinner labels to exasperate this.

Does the cost match the performance and ingredients?

I find the software costs for each to be on-point and appropriate considering the performance and ingredients. Mickey Lee Soapworks comes in as the most affordable and providing excellent value. Barrister and Mann is the new average among better artisans, maybe a little bit above, yet justifiable given the performance and reliability (not to mention the quality of the scents themselves). Tallow + Steel is the most expensive, and for the uninitiated, perhaps a bit much. One can reasonably justify the cost, however - and once you try it... But like I said, I find the cost/performance ratio to be well matched here.

Can you actually get it?

Both First Snow and Through the Woods are seasonal scents, unfortunately - and generally offered in the fall or even the winter, and for a limited time. I can see the case for both. You wouldn't expect First Snow to be a summer scent with a name like that, and Through the Woods has a definite holiday vibe. Boreal is part of the regular lineup, does not have ties to any particular holiday and is available year-round.

So which one is the winner, then? I wish I could tell you. That's the easy answer. As you know, shaving is very much a YMMV (Your Mileage May Vary) thing... Some might like simpler scents, others more robust. Some might like cheaper software, others more exclusive. There's literally something for everyone here, though. If you're a fan of fir scents, especially those with fir forward - each of these will bring a smile to your face. I can wholeheartedly recommend each of them, and I'd suggest going with whichever suits your fancy in light of the above.

To state my personal preference, I would place Boreal first, followed by Through the Woods and finally, First Snow.

First off, Boreal is just amazing, from [overall] performance to scent (quality, strength, longevity) to packaging (materials, artwork, branding) - everything about it just a cut above. I can find no fault with it, plus you can get it any day of the week, year-round. Through the Woods is delightful, well executed and a good performer at good value. The only negatives are a ding on the packaging, which in the grand scheme of things doesn't matter as much as performance. For the opposite reasons, I put First Snow last here. The packaging is top notch, but the scent strength is a bit light (I don't mind the simplicity). And kudos for adding menthol to a product named as it is (it's the little things). Neither of them are available year-round, which is a negative. All in all, you could say second place is tied, really.