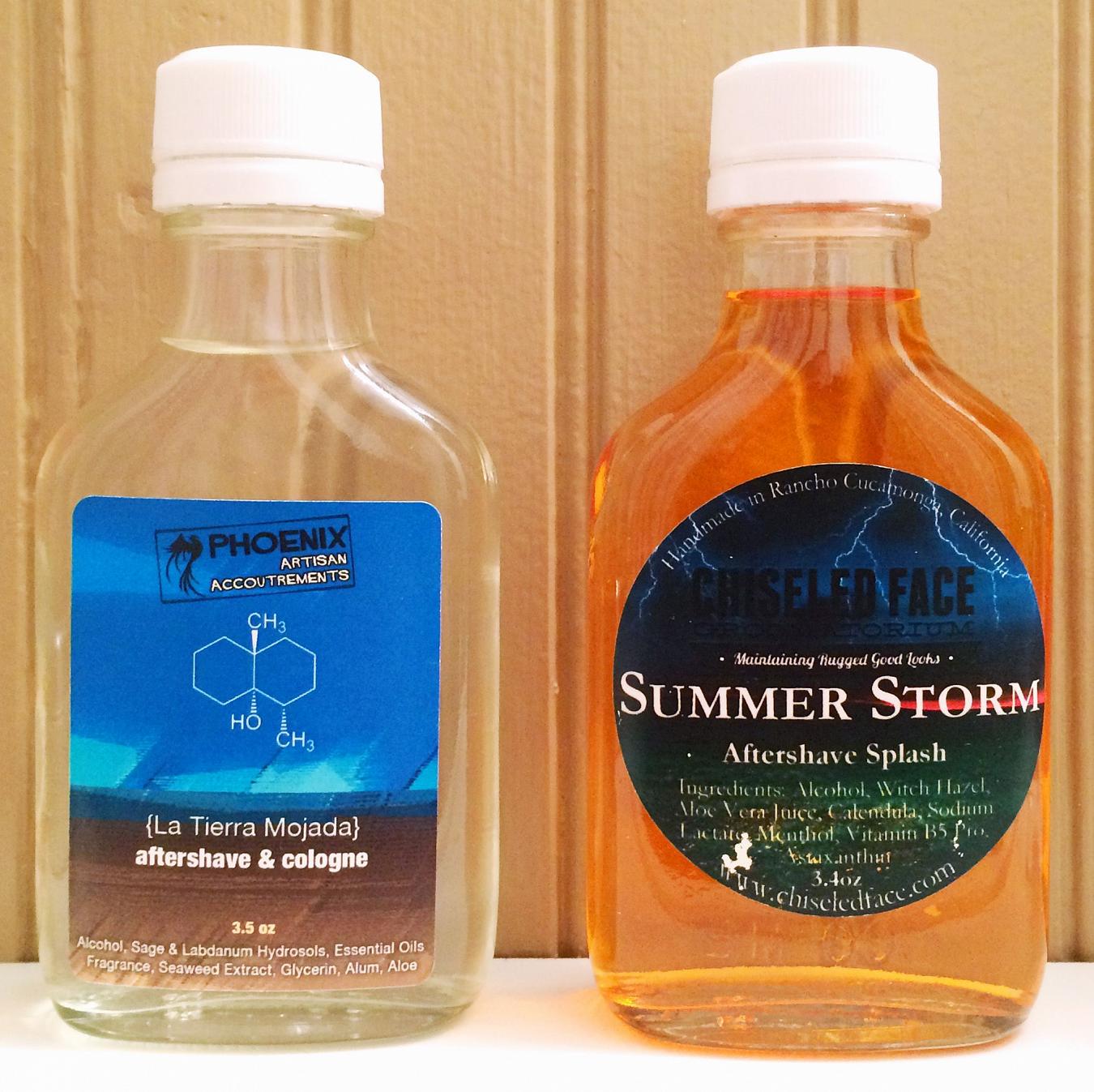 Here it is - the results of my #PetrichorShootout between #chiseledface Summer Storm and #PAA's La Tierra Mojada #soap and #aftershave products!

Here are the individual reviews:

The soap performance was essentially equal; both were very nice. Dense and cushioning as well as glide and slickness. I'd give a slight nod to Summer Storm as far as face feel, as it contains avocado oil and silk powder. It's also a beef tallow soap - whereas La Tierra Mojada is a vegan base. In La Tierra Mojada's favor, you can choose between two sizes of tins and is a better value by quantity. You really can't go wrong with either!

The aftershaves performance is a bit... Different. Slightly different in face feel - quite a bit different in scent. As far as face feel, I'd give the nod here to La Tierra Mojada. My face felt just a bit more moisturized afterwards. Though in Summer Storm's favor, it had a hint of menthol, which is nice. La Tierra Mojada had a tad more longevity.

Scent is the real deciding factor here, and if I had to sum it up, I'd say the following...

Both are green and fougére in nature. Summer Storm is more earthy whereas La Tierra Mojada is more floral. Both smell excellent!

So there you have it... They're BOTH winners!