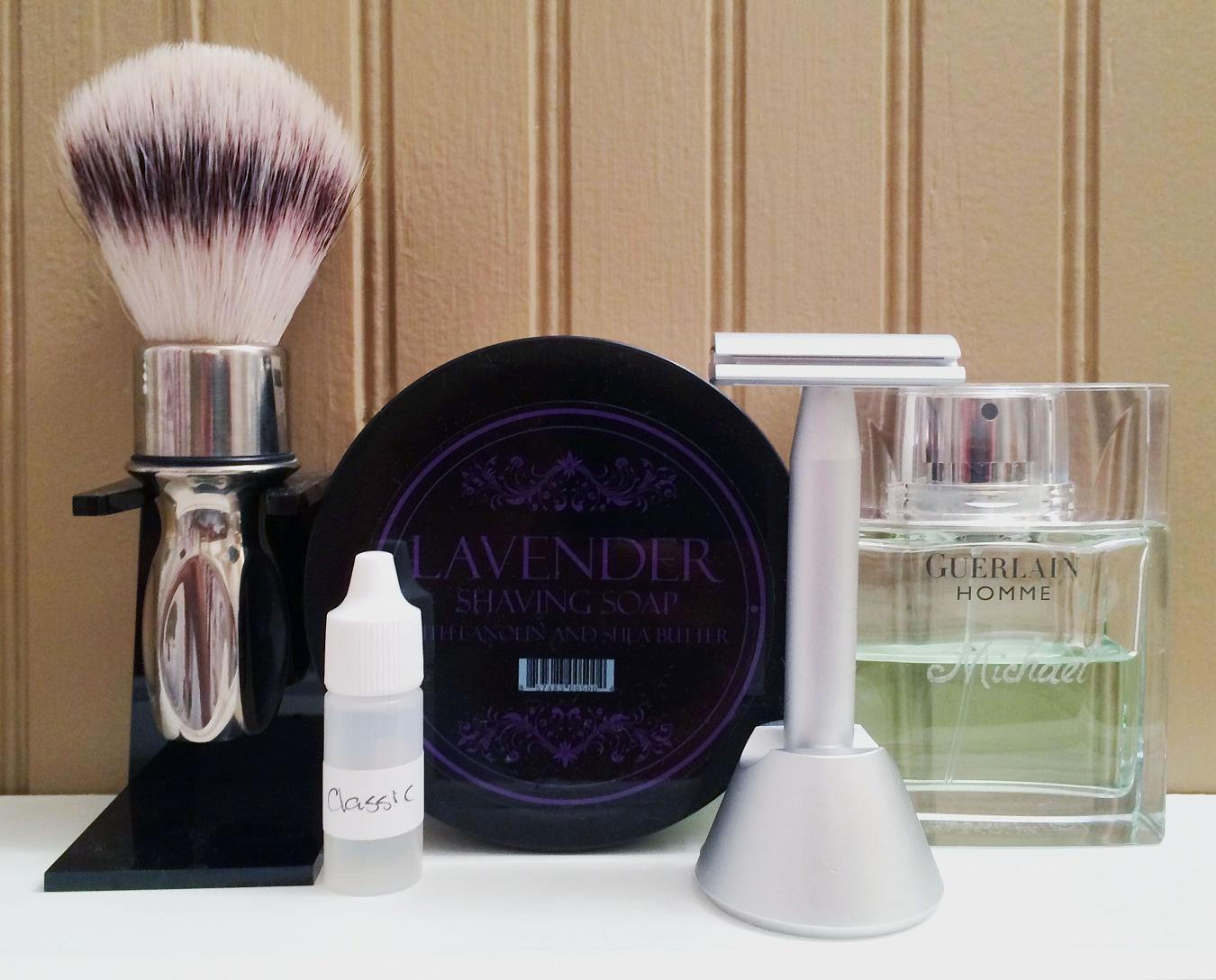 My second in a series of SOTD as part of #BarristerWeek where I use a discontinued flavor. Today we have Barrister and Mann Lavender #soap with Guerlain Homme #EdT and #deo!

...while the Latha version is described thusly (same scent):

Lavender is one of those old-school, classic scents that hails from the early days of men's shaving. This is an honestly good lavender soap.

Either way, the descriptions are dead-on and the scent itself fairly simple - a rarity in the world of B&M. It's really all about the lavender. Deep, fairly strong with a healthy side of green - not just a simple floral lavender. Like you're standing in a field of lavender during full bloom. Lavender is a traditional, (really) old school scent that dates far back. It's up there with roses as far as elegant scents worn by nobility and gunslingers alike. This take on it is what you'd expect, and oh so nice. Scent strength is on the higher side of medium.

I finished up the shave with #Guerlain Homme which itself is a woodsy aromatique with notes of lime, mint, bergamot, cedar, vetiver, mojito, rum and geranium. You might notice that the bottle is inscribed; I picked it up at Walt Disney World in Epcot at the France pavilion. It's Guerlain heaven in there; one of my favorite perfume houses. I have a matching deodorant, and threw that on the complete the deal.

Hardware for today consisted of the #StandardRazors razor with a #PolSilver blade on shave two, the #BSB Shaving Brush whipping up the purple goodness in the #GTP scuttle.

Another lovely shave, as expected. I'm a huge fan of lavender; it's such a warm, springy scent that lifts your spirits. A shame that it no longer exists in the regular line, but thankfully the scent lives on in Latha Lavanda!