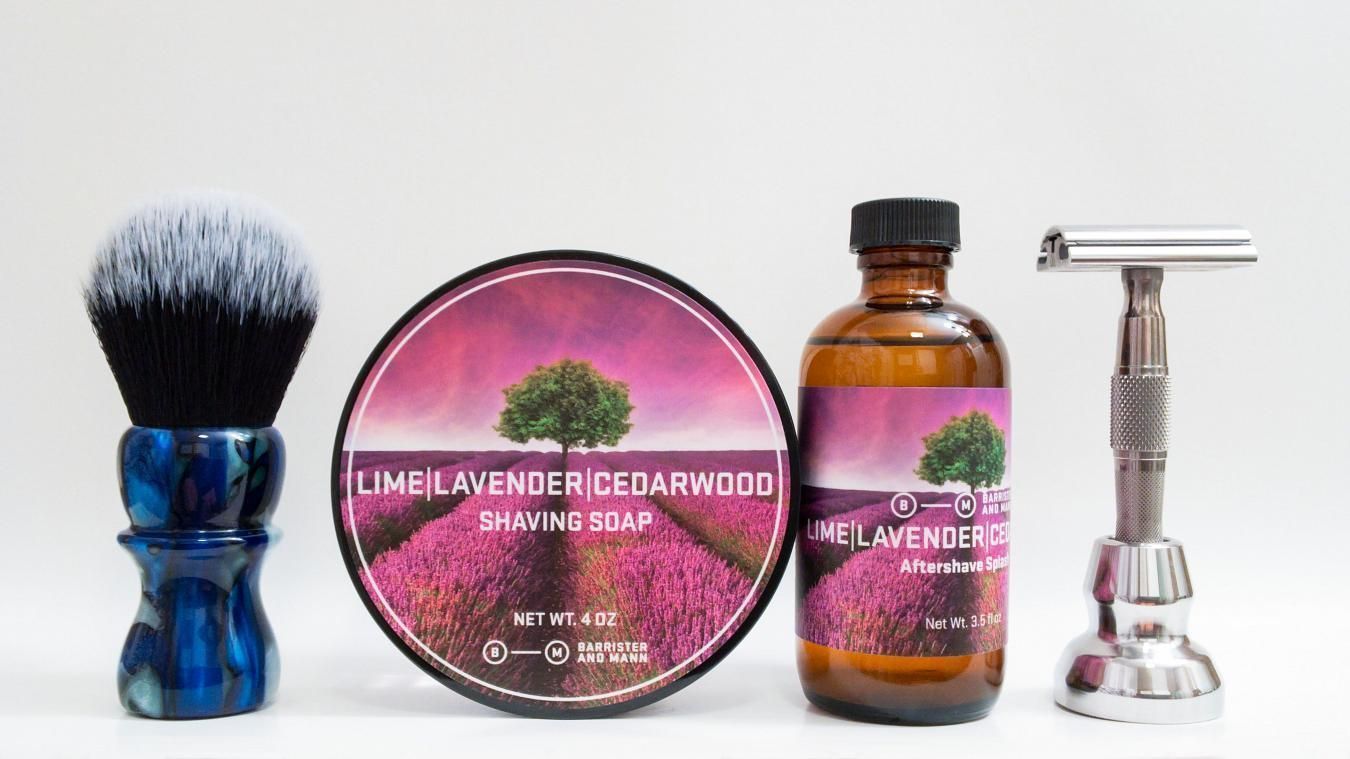 Winding the clock back to the beginning, circa January 2013 - with the re-release of Barrister and Mann Lime|Lavender|Cedarwood #soap and #aftershave!

Our very first fragrance, and still a classic! Top notes of lime are softened by notes of earthy lavender and deep cedarwood for a woody, fresh way to start your morning.

I've done a lot of reviews of #BarristerMann goodies over their history - in fact, almost every product they've released! Click on the hashtag to browse them all, or check out the History of Barrister and Mann for a more targeted approach. Regular readers should be well aware of the performance of both soap and aftershave, so let's skip to the scent.

One scent that has eluded me, partly by choice, partly by rarity - is the subject of today's review. The scent of Lime|Lavender|Cedarwood. It was the first scent they ever did, released back in January 2013. Therefore it's a bit hard to come by and even if you do, the scent is likely faded. I knew it was being re-released on September 22, 2017 so I just held out... Waiting was a solid plan. The benefit is manyfold; new packaging, new artwork, Glissant soap formulation and a matching Tonique aftershave for starters. The scent is also nice and fresh - about a medium scent strength in the soap and a lighter strong in the aftershave.

On open, you get a healthy lime blast, with the lavender and cedar momentarily overpowered just a bit. As the lime (somewhat quickly) fades... The lavender and cedar blossom, roughly equally in potency after a fleeting, more lavender-heavy middle. This isn't a straight up floral scent, nor is it a woodsy one per se. It rides the line straight through dry down. Initially, the sillage is decent but fades quickly while longevity is a good four hours or so. The lime doesn't stand a chance, really... Nature of citrus notes, being highly volatile. I had a feeling that the longevity wouldn't take me through the day so I boosted the signal strength with a nice application of #Loccitane Eau de L'Occitan EdT.

The hardware for today's history lesson included a decidedly modern set of tools - a #TimelessRazor with custom titanium #Stork handle and a #PolSilver blade on shave six. The #WildWestBrushworks brush made lather aplenty in the #GTP scuttle.

It's nice to see this scent re-released, even if it is seasonal (to be discontinued after December 31st). It's an enjoyable scent, if a bit simple. It doesn't have the presence of Chatillon Lux Yuzu/Rose/Patchouli for instance (which is why I dinged it slightly on "quality") - but will make cedar and/or lavender fans happy. As mentioned, it's not really a floral per se... Rather a slightly wider palette, more like the "whole field of lavender" vibe from the traditional black label or Latha versions of Lavender. Of course, there's no shortage of lavender scented shaving software these days.