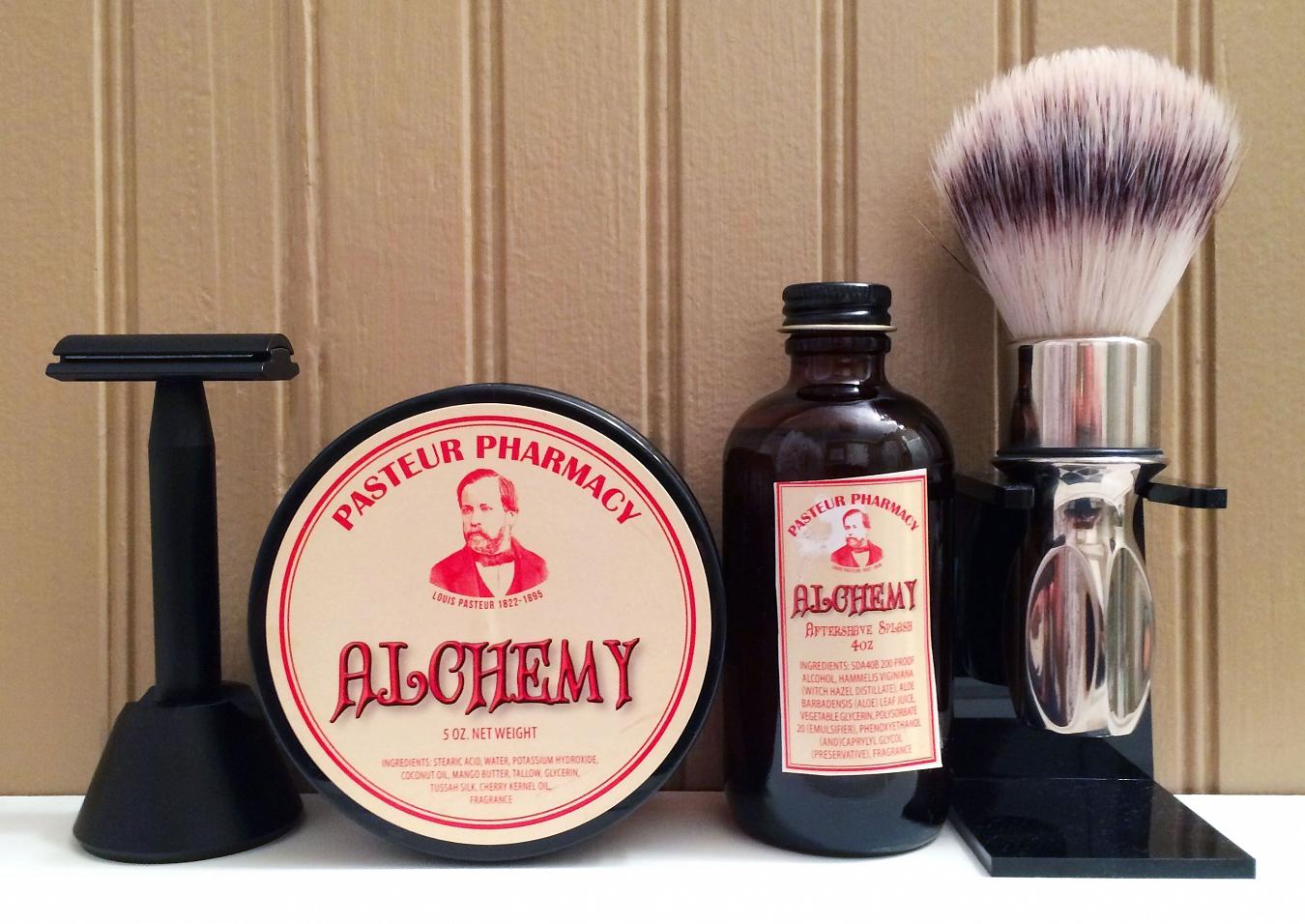 Through the Fire Fine Craft "Alchemy"

This SOTD is all about Alchemy. No, not the usual talk about ingredients... Through the Fire Fine Craft Alchemy! A custom blend for Pasteur Pharmacy in NYC based on Burberry Summer for Men.

I've actually reviewed this exact same shave before so I won't repeat too much today. The big difference is the "new" #StandardRazors razor in black which I took on its maiden voyage yesterday along with a fresh #Astra blade - more on that below. The scent of the #ttffcrafts Alchemy #soap and #aftershave has notes of pineapple, tonka bean, musk, mint, caraway and cedar and is essentially a take on Burberry Summer for Men. Unlike my prior shave, today's went much better, performance-wise. Not to say the first was bad, but the lather today was thick and creamy, with lots of cushion and quite good glide. Must've been a fluke, a side effect of a fresh tub or just too much water. All good, my bad. The aftershave was really nice (again) and overall, I'm quite pleased with today's shave! And yeah, that scent... Love it.

Going back to the hardware, it's all about the Astra blade, which is on shave two today. It was a bit smoother than yesterday; besides a different soap - a typical phenomenon with a lot of blades for two reasons. The first and most obvious is because the blade is used and thus not quite as sharp as when new. Secondly, some blades (e.g. #Feather) can be fairly rough on the first or even second shaves. That's why some people take to corking them before use. I can't be bothered... They're not that good to want to put up with that and conversely, there are plenty of other great blades out there (e.g. #PolSilver). Again, the shave wasn't quite as close as I'm used to with the PolSilver blades. It's subtle, but noticeable if your faceturbating. Is it a make or break difference? Not really. I think trading a hint of closeness for an equal hint of being a smoother shave to be a good compromise. Longevity (number of shaves) is one concern, so time will tell on that front... It's too early to tell for sure either way - but so far, I give Astra blades a thumbs up. They do have a following; I just never spent much time with them. A really good test would be in the #Mühle #R41 razor (stay tuned).

A really nice shave today! I'm glad the soap came around; I suspected it probably would as TTFFC makes nice stuff (and I'm quite chuffed with Sucker Punch). The problem with using so much different software (and even hardware) is that not only do you have to dial things in, but remember what you did, if out of the ordinary, the next time. Thankfully, most software is really quite similar. The Astra blade is nice so far; always good to have another option available, especially if it takes "some of the edge" off more aggressive razors. Shave on!