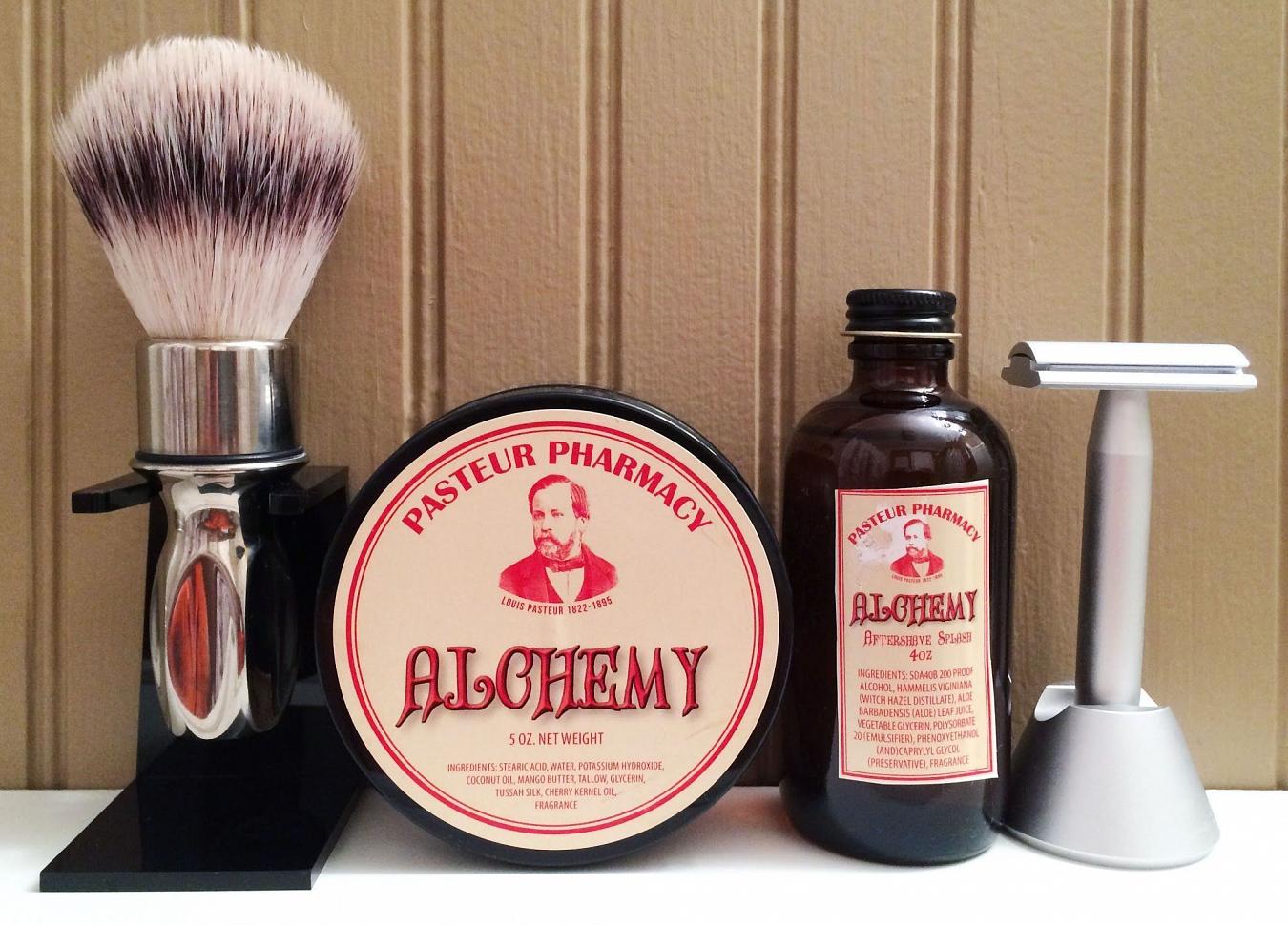 Through the Fire Fine Craft "Alchemy"

Today's SOTD is brought to you by Through the Fire Fine Craft (TTFFC) and called Alchemy which is exclusive to Pasteur Pharmacy in NYC.

I've reviewed Sucker Punch before by #ttffcrafts and the ingredients appear more or less identical (minus all the citrus components). Performance was similar as well, though even with 30s of loading, I didn't quite get the amount of lather I was expecting... I just chalked it up to being a fresh tub. I've used Sucker Punch a couple of times since the initial review, and I thought I pretty much got it dialed in, but maybe not. We'll see how the next shave goes... Otherwise, soap performance was reasonable - producing slightly fluffy lather with quite good cushion and glide but not so much secondary lubricity.

See this follow-up shave where the performance is just great; clearly a fluke this first time around.

The scent of Alchemy is where it's really at! It smells truly excellent; a clone of Burberry Summer for Men which debuted in 2007 - it features pineapple, tonka bean, musk, mint, caraway and cedar notes. It smells aromatic, fresh and dynamic. The scent strength of the soap is a solid medium; I was able to enjoy it throughout the shave. The aftershave was a bit stronger and lasted a couple of hours. The performance of the aftershave was really quite nice and left my face feeling soft and smooth with no tackiness.

As mentioned, this soap is exclusively for Pasteur Pharmacy in NYC and made its debut during the August 2016 NYC Meet-Up this past Saturday. I gave the tub a quick huff and immediately grabbed a set for myself. That scent! My only complaint are the labels. The round one atop the soap tub is perfect - the rectangular one on the side and on the aftershave bottle though, are a hot mess. Quickly cut out of whatever stock it was printed on, the edges are wild. Worse, the label on the aftershave not only peeled up before even using it, several large smudges appeared as well. I suspect by the time these are empty, there won't be anything left of the labels!

A lovely shave in any event, with good performance from both the soap and aftershave. A shame about the packaging though. The scent is the real winner here, and like me - you might want to pick it up for the same reason if you're a fan of TTFFC soaps/aftershaves... But you'd have to get down to Pasteur Pharmacy to do so, or contact Leon - and he'll do a mail order for you.