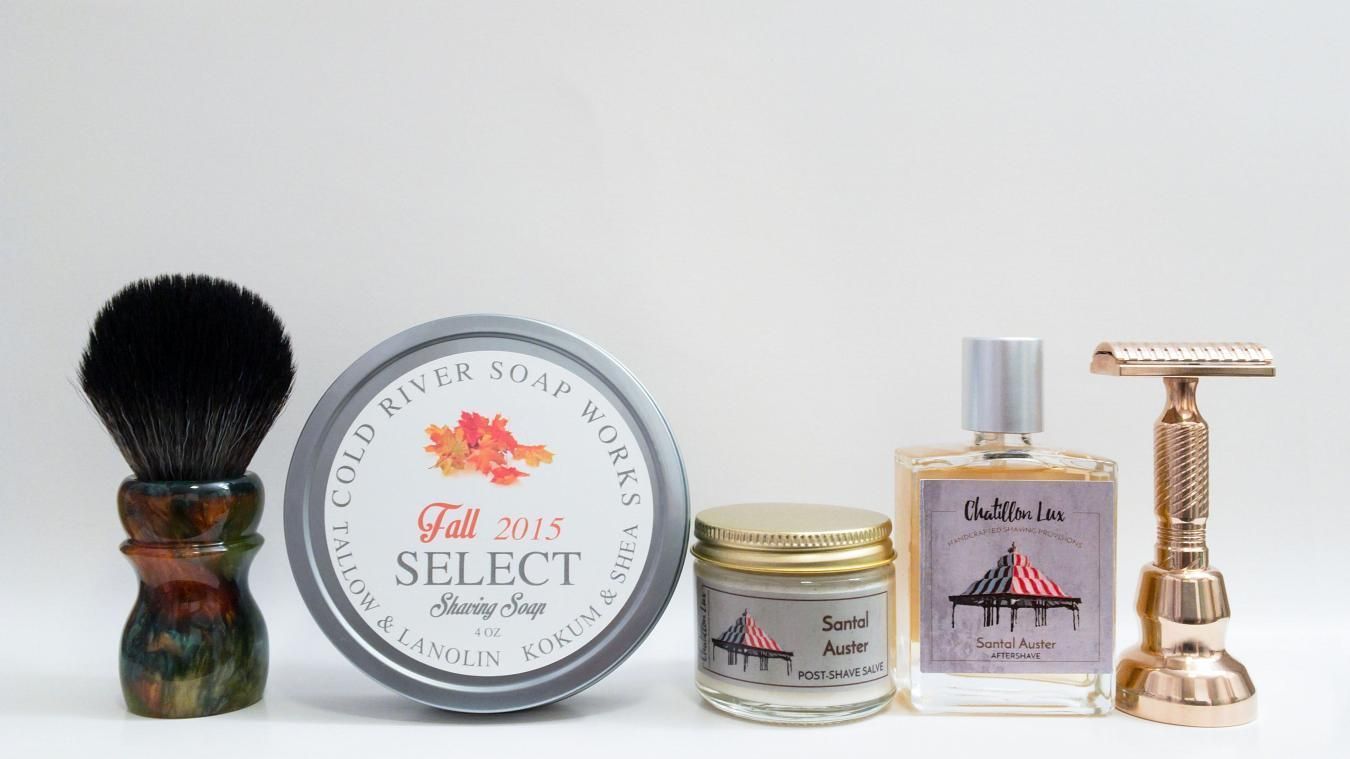 I picked up the Fall LE soap back in late 2015, which makes this a Select ("v1") soap, in the increasingly confusing #coldriversoap product lineup. There was later a Select v2 but now it's back to just Select which should not be confused with today's software. Of course, it's also not to be confused with the vegetal Original - or olive oil infused Oliva lines either; the former has been discontinued for a little while now. Got all that? As for this particular Limited Edition release, 2015 was the last. This particular version had the year 2015, as 2016 was supposed to herald a new scent for the Fall LE but it never materialized. Prior releases didn't have 2015 indicated.

While the soap originally had a pretty robust scent strength, like many that are more than a year or two old... The scent has faded a fair amount to a light medium. Also interesting is that the soap has hardened up a little bit much like Dr. Jon's original soaps have. This requires more than the typical max of 30s that I use (and used today). Furthermore, in light of today's standards of what the top tier is... This soap is not quite as good as I remember it. Of course, Cold River Soap Works has had at least one if not two iterations of improvements to their formula since then - so this shouldn't be any reflection of what to expect from today's offerings. It still produced a lovely, creamy lather with excellent cushion and post-shave face feel, but comes up a bit short on overall glide performance. This mirrors the original review, so remains unchanged.

The Santal Auster post-shave software performed fantastically, of course. No surprise, but #chatillonlux brings it home every time, and today was no exception. I'll reiterate what I've said in the past; use only a very small amount of balm! Even a pea-sized amount is bordering on too much. Rub it briskly between both hands and apply to a damp face and you're golden... A little goes a long way. The resulting face feel is exquisite. I only used the aftershave for the scent, placed in other strategic locations. You really only need one or the other, unless you plan to do what I've done.

Hardware for today consisted of the #TimelessRazor #TRBR38 (bronze) razor with a #PolSilver blade on shave four. The #LowbornSupply brush with a 24mm BOSS knot in apropos fall colors did the mixology in the #GTP scuttle. After about a week of shaves on this razor, I'm still enjoying it tremendously. It's nice and mild, easily a daily driver. However, as the blade ages a bit I'm starting to doubt the effectiveness is quite on the same level as the .68mm gapped versions. It seems to leave a bit too much behind along the jawline. This may be the result of needing to dial it in more, but other people have noticed the same thing. I'm going to try a new Feather blade and see if a) it's a matter of a new/used blade or b) if the blade itself makes a difference. If it doesn't clean up the jawline with a Feather then all hope is lost. I may also try it with a shim to boost the efficiency a little (which serves to increase the blade gap). I don't want to give up prematurely, as this razor is badass. And the patina is slowly setting in.

A nice shave with old software and new hardware. In line with the autumn season on this blustery, rainy fall day. One piece of software and one piece of hardware didn't quite meet expectations today, but there's always tomorrow...