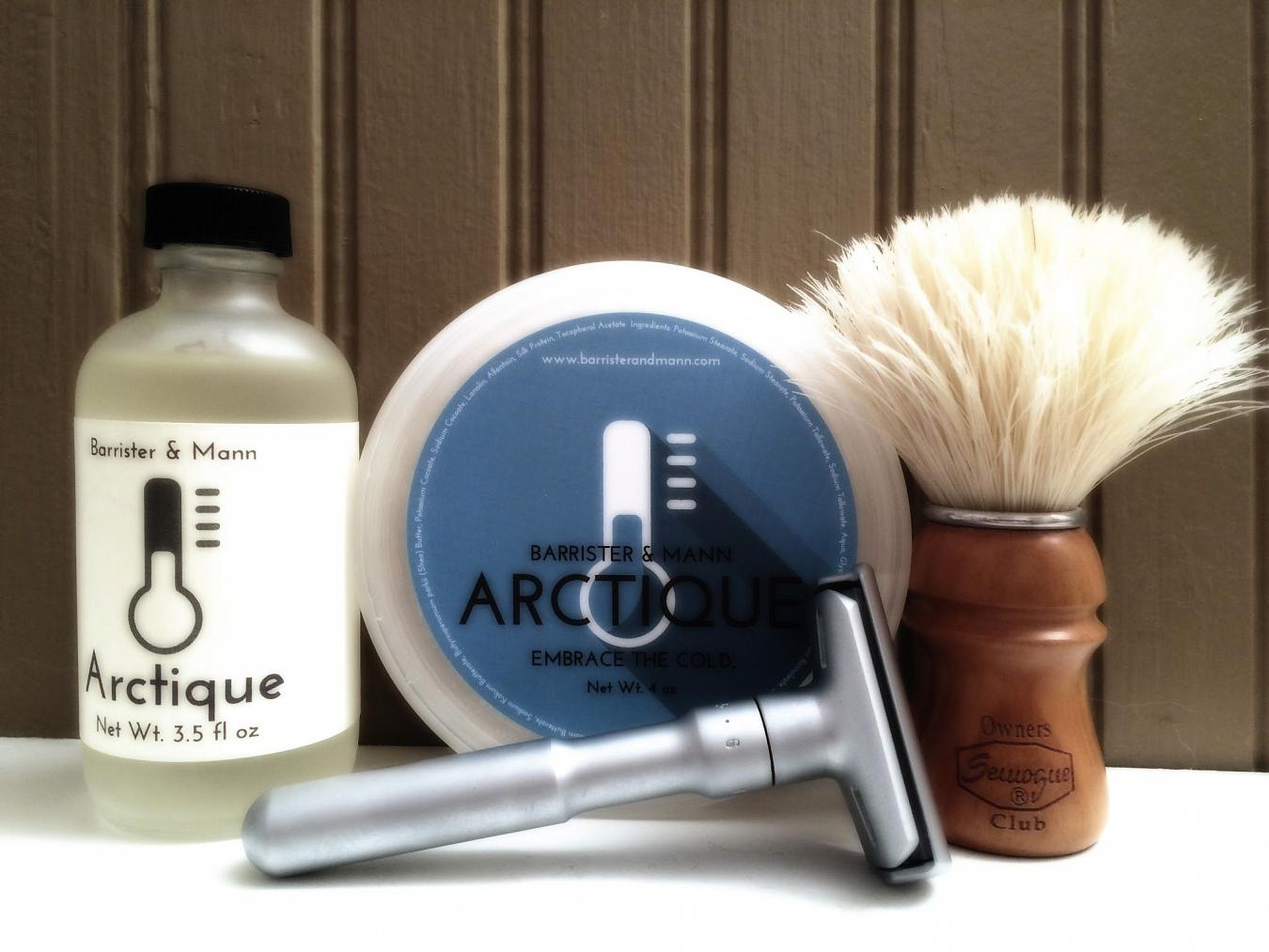 This SOTD is part deux of yesterday's review of Barrister and Mann Arctique #soap and #aftershave and first impressions as #MentholWeek continues. I have upgraded my rating - read more below to see how/why!

Today's a second take on my first attempt with the latest Arctique from #BarristerMann and the key word is overdose! First, the soap. I used the #SOC brush for its backbone, and basically doubled my normal loading time... I also loaded the shit out of it with more pressure. This did the trick! A better overall lather; denser. Still not as slick as Dr. Jon's or as easy-lathering as PAA or Dr. Jon's, but pretty nice.

The chill effect improved a little as well. It felt colder today, but not dramatically. It's cold stuff, but it's not a "whoa!" sort. At least, IMO. I think both PAA Frost Byte and Dr. Jon's Arctic Hydra give it a good run for it's money (but slightly less cold) - while Queen Charlotte Soaps Vostok is colder... As almost certainly Chiseled Face Cryogen is, and likely THE COLDEST out there.

In fact, I lathered my face a fourth time after my three passes and let it sit on my face and neck while I cleaned up before rinsing - just to see if it froze my face more... No, not really. But it was nice.

One thing worth mentioning is that too much menthol is bad as, a) it leaves no room for other scents either in the formula or to overpower the menthol - and b) it affects lather performance. While Arctique is right at the edge, it's refined and usable. Cryogen might just be too much as some have pointed out the affect on lather performance...

The aftershave was the same deal. I splashed on more today and covered my entire face and neck, from my forehead down to my neck. Definitely more chilly, and it made both my nose run and my eyes tear a little. Now we're talking! I do believe Krampert's Finest Frostbite is colder though, at least a little. Face feel was again good, but IMO this juice is lacking glycerin... I've come to really value it in an aftershave product. I think if B&M added a little glycerin, this stuff would be perfect. Also, in the end, it's really just an aftershave... You'll almost surely want to follow up with a cologne (as I did, just like yesterday; this time using PAA 1K). By itself it just smells like peppermint with a hint of black pepper... No idea about longevity.

So overall, I would rate Arctique as a solid, "nice stuff!" Would I buy it again? Maybe. While I'm still not really "wowed" by it, it's good. The chill is cold indeed, but mild enough (to me) to use daily, no problem. It's not an over the top chiller like Vostok or Cryogen.

So there you have it!