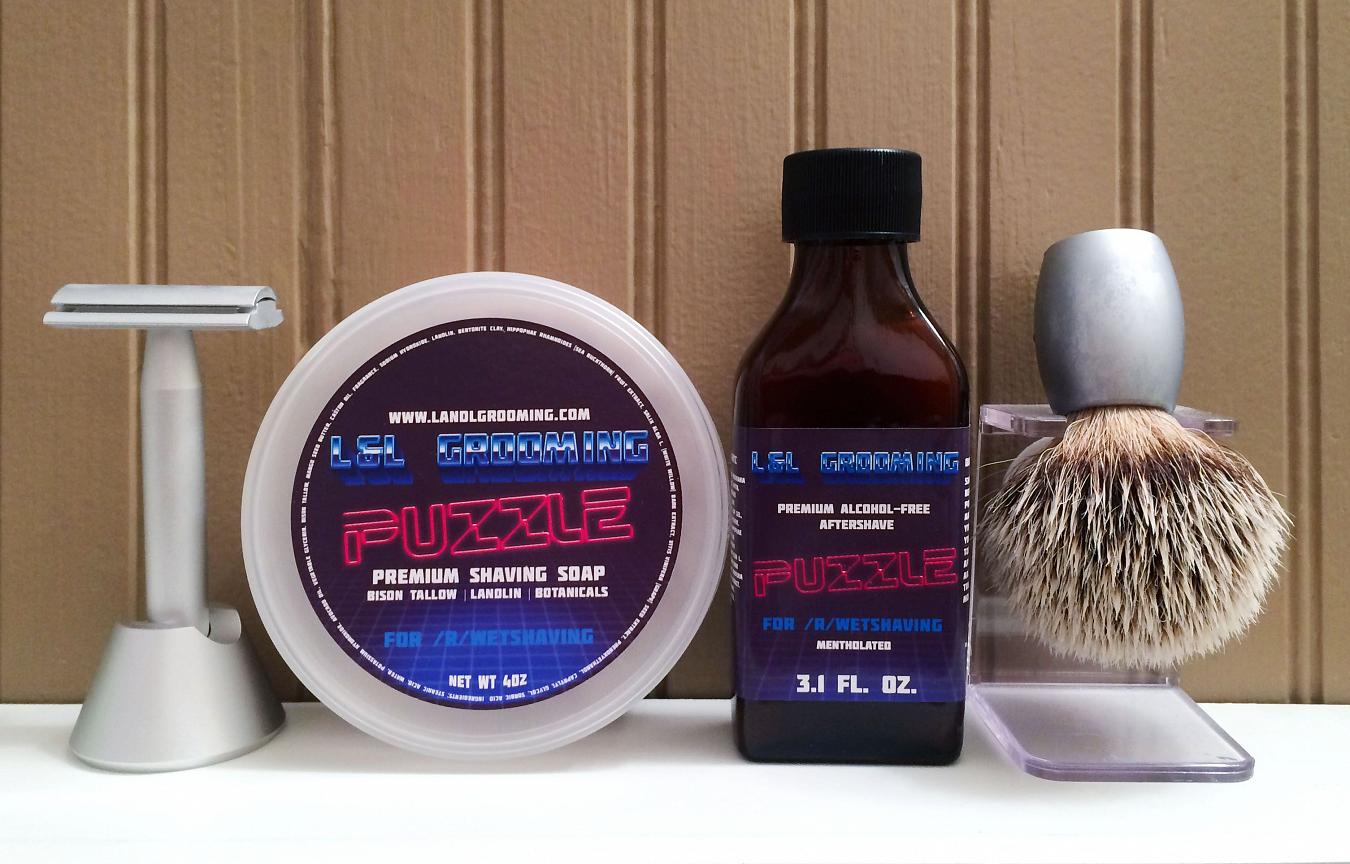 Today's SOTD is a great big mystery... In the form of a quiet sale for the Reddit folks on /r/Wetshaving from L&L Grooming in a #soap and #aftershave appropriately called Puzzle - as the notes are just that!

I haven't had too much "me time" with this one, so I won't go into the scent too much today. As noted above, Puzzle is a limited release by #landlgrooming - it was initially supposed to be a Polo Black scent, but that turned out to be a "face melter" as the only available fragrance oils just weren't face friendly. So, it became a custom, one-off scent with five notes - called simply, Puzzle. Therefore, there is no official scent/note description (yet) - but you can check out the whole conversation surrounding it on Reddit. I will say that it smells really nice. Somewhat familiar, even. It's easy to say it's a little like Darkfall meets Cuir et Épices or a bit like Blackberry Blossom Bay from Chatillon Lux... But I think there's more to it. Again, I'll have to actually sit down with it and give it the ol' nose analysis. Besides, there's a note-guessing contest so I don't want to give anything away...

Either way, the performance is typical of the brand; top notch. Excellent soap properties including ample, creamy, cushiony lather with excellent glide and the aftershave follows up with fantastic face feel as well. The sillage of the juice is epic; not unlike Harmony in its projection and longevity - perhaps not as sharp and a tad shorter, respectively. Still, this one's got bite to go with the bark. Love it.

It's also worth pointing out that the much maligned aftershave restrictor is of a new breed! More like what you're used to, rather than the fairly wide open affair of yore. In fact, there will be a sort of "recall" of the old ones. Now this is customer service!

Hardware for today fell to the #StandardRazors razor with a #PolSilver blade on shave two while the #Dovo silvertip badger brush mixed up the goods in the #GTP scuttle.

Another great product from L&L Grooming - regardless of what the scent is, it smells nice and performs as expected. I can easily live with that. If you missed the boat, check out the usual buy and sell forums around right now and you'll see a few listings.

The notes have finally been revealed in the guess-contest thread on Reddit and they are (in order of percentage)...