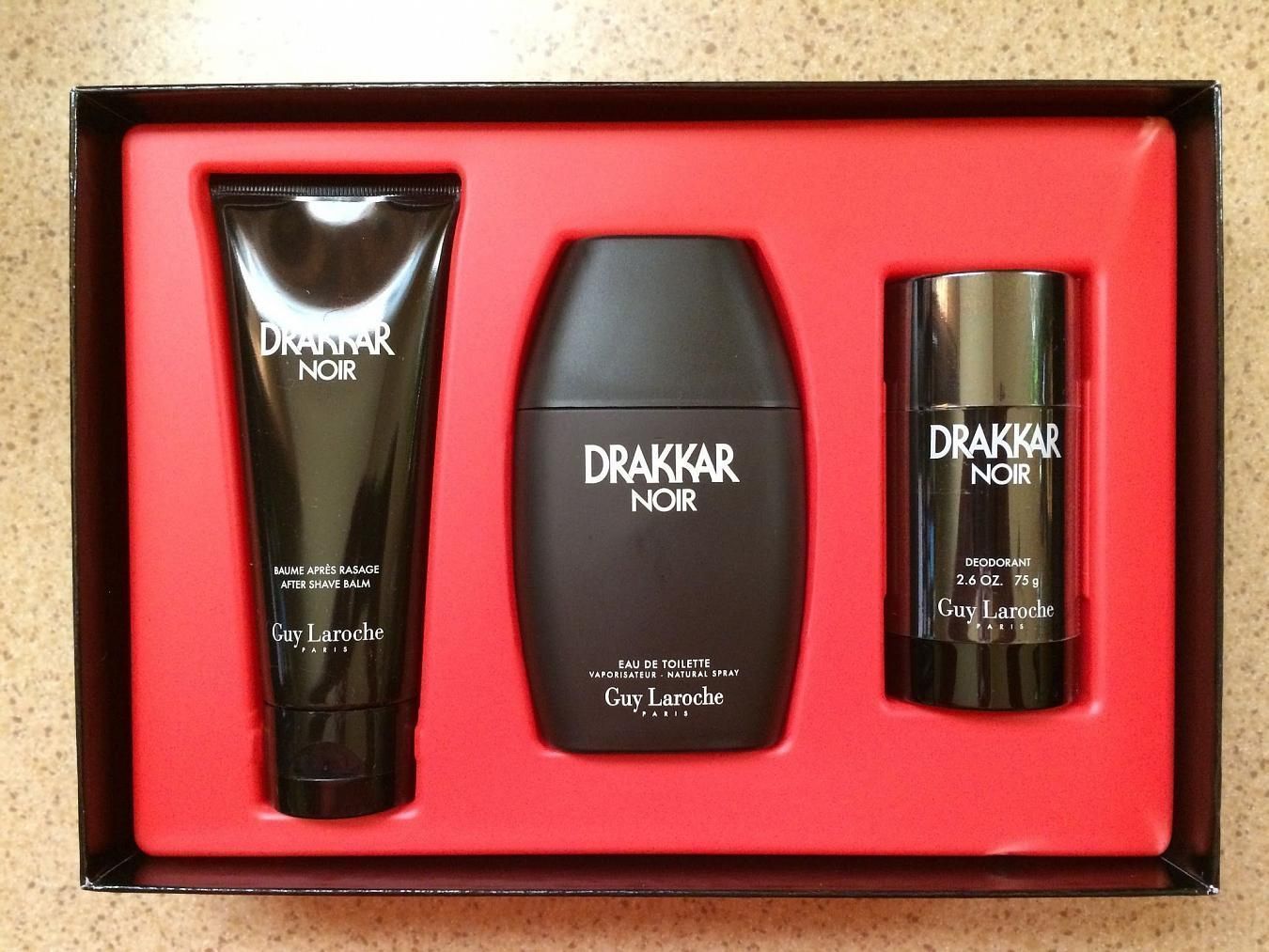 #MailCall! After having worn it back in the 80s and 90s, it was time... I got myself a Guy Laroche Drakkar Noir gift set. Yay me!

The set contains a 3.4oz after shave balm, 3.4oz EdT spray and a 2.6oz alcohol-free deodorant. If you're not familiar with Drakkar Noir (whhaaatttt?) it was an 80s powerhouse that was introduced in 1982 by Guy Laroche Paris. It has been wildly popular ever since. The scent profile is an aromatic fougère, with top notes of bergamot, rosemary, lavender, middle notes of cardamom and geranium, and a dry down of vetiver, cedar, and fir balsam. The top note includes prominent dihydromyrcenol, a synthetic odorant with a metallic citric-floral character, typical of the fougère family fragrances. It has crazy sillage and longevity.

Like many popular fragrances from days gone by, this one went through a reformulation as well; it lost the oakmoss and some other things changed also. This is not the Cosmair version, sadly. But it smells close enough on casual inspection.

All that's missing is a shaving soap, and I might just have to pick up Wet Shaving Products Rustic Shaving Soap in the Fougere Noire scent, which is based off of Drakkar Noir and described as an aromatic fougère with top notes of bergamot, rosemary, lavender, middle notes of cardamom & geranium, and a dry down of vetiver, cedar, and fir balsam. So, essentially identical to the real deal. You can buy Drakkar Noir fragrance oil, so no mad scientist work needed to recreate it.

The scent is on deck for tomorrow's SOTD! If you want your own gift set, it's only $46 - buy it here!