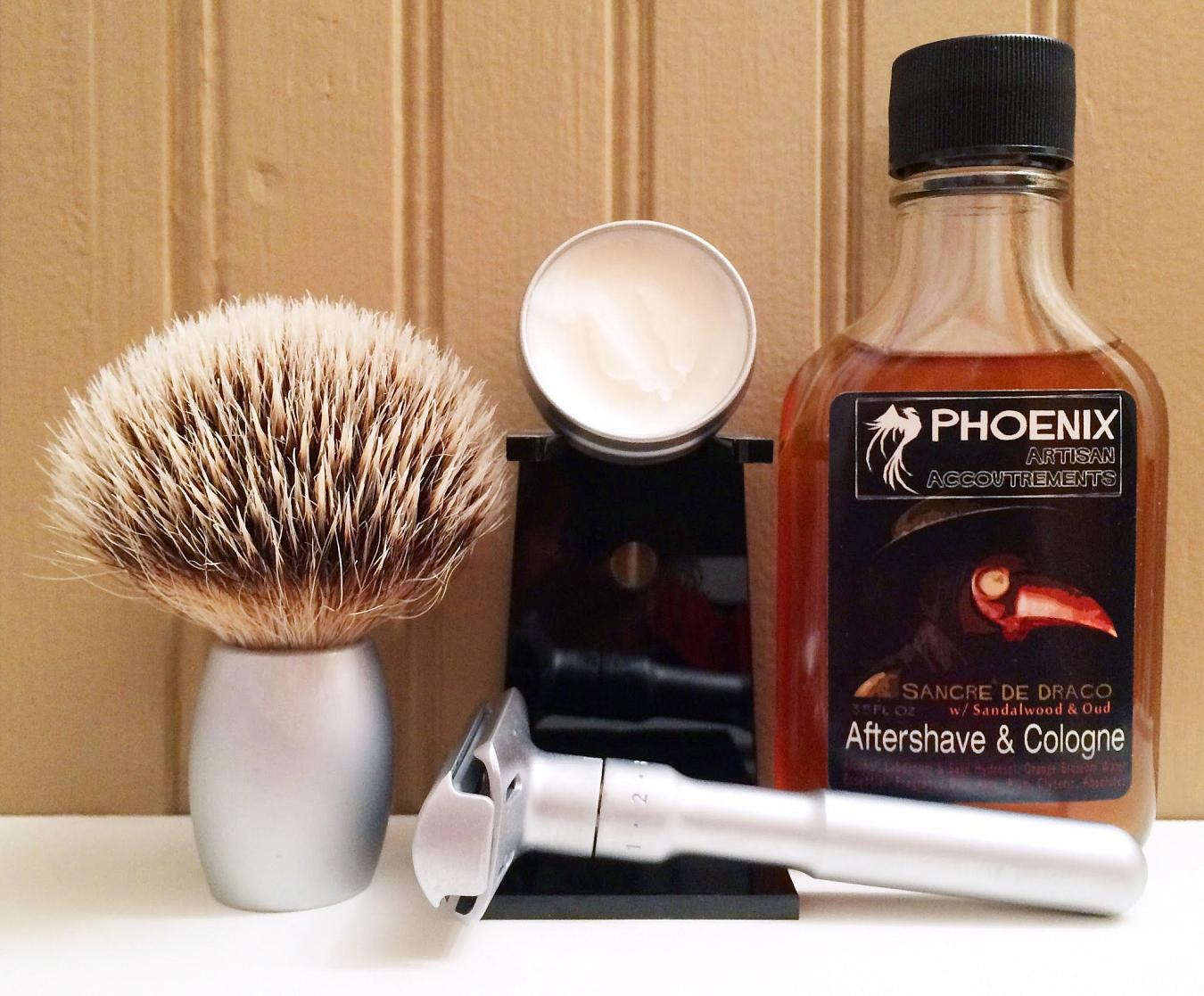 Today's entry from Shaver Heaven (which hails from Australia) is a scent they call Sensuous Sandalwood - "a woody, lush and sensual note." Getting the scent out of the way, it is also described as "similar to D.R. Harris." I found this very much to be true - it smells quite like D.R. Harris, ToBS and GFT (which I reviewed here last week: http://tinyurl.com/pf7z42a). It does have a smoky sort of sandalwood vibe to it; a bit of sweetness - but not as sickly sweet as the . Still, very close.

The performance was... Decent. The lather wasn't very dense and thus lacked great cushion, but was nice and slick. So in that regard, also performs like the English creams. Picture them - but in a soap.

It worked pretty well and got the job done, but nothing particularly stood out, including the scent. They offer quite a variety of scents, so if there's one in particular that catches your eye - go for it. But personally, the value proposition is about the same as the I reviewed last week... I'd use it, but probably wouldn't buy it for myself.

The #PAA aftershave today was Sangre de Drago and of course, needs no introduction here! It's an intoxicating blend of sandalwood and oud notes that's quite special. This was is the most expensive of the line, coming in at almost $30/bottle. This is largely "due to the cost of the ingredients" - namely the oud. The performance is typical of PAA; nice. Being a fan of both sandalwood and oud, it goes without saying that I'm all over this scent.

So, to recap! This is a soap version of English shaving creams. Same sort of lather, same sort of scent. If they tickle your fancy, now you can choose the hard or soft option as the Pet Shop Boys would say. For me it was neither here nor there. Of course, I'll give it another go (or three) as first impressions can be very misleading without having a soap dialed in yet... So, YMMV! Enjoy.