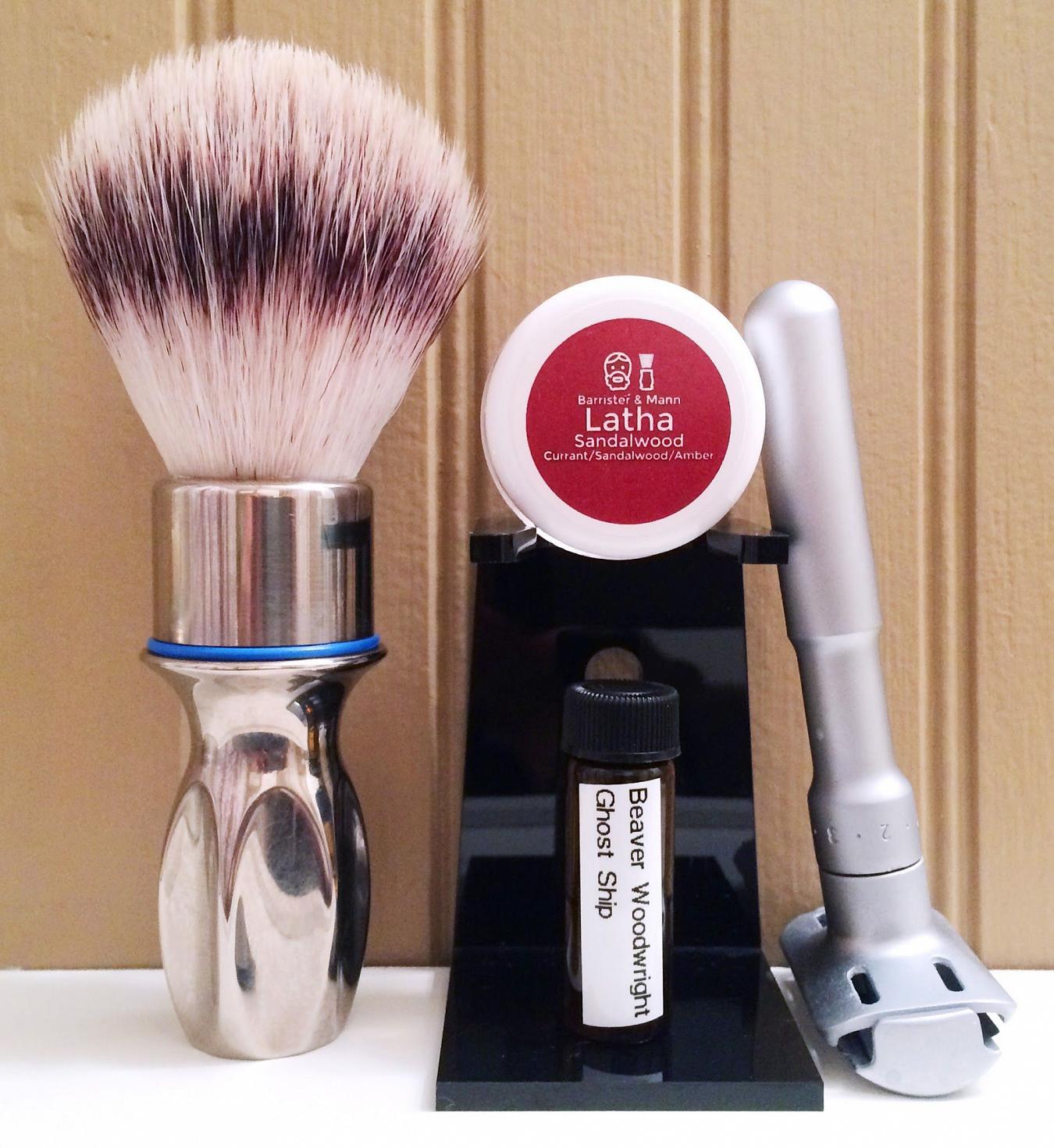 This is my seventh review in my #SandalwoodShowdown series! The samples today were provided by Alex Gonzalez - thank you!

#Barristermann makes some of the finest products and scents for today's wet shaver; I'll admit that I'm a huge fan. The top tier soaps and aftershaves have been spoiling me for most others, especially lately. How does the new(er) Latha line hold up? I have to say that Latha performs very well and I feel that it actually performs above its price point.

I was able to whip up abundant lather that was creamy in consistency with generous cushion and glide. The scent is described as notes of black currant, sandalwood, and amber which I found to hold true. I definitely got the sweetness of the currant, tempered by sandalwood and amber, which were a little weaker to the nose. All around a really nice, subtle profile that I could see using every day and different from all the "me too" sandalwood scents out there. The scent strength was a lighter-medium. I did find that the face feel properties didn't quite compare to the higher tier soaps from B&M which is to be expected, as the Latha line has a subset of the ingredient list (see below). I also found that the lather dried up slightly in between passes in the scuttle... But nothing that a couple of drops of water and a quick swirl or three of the brush couldn't fix right up. This could be due to using a sample and not having dialed in the soap yet.

For the finish, I went with a similar "fruity sandalwood" mix in the form of Ghost Ship from #blackshipgroom. I had used the soap previously (see here: http://tinyurl.com/j7nfozr) which I found slightly underwhelming - but the aftershave was quite nice! The scent is described as "sandalwood, grapefruit and our very own black amber mix." I got primarily grapefruit, with hints of sandalwood and amber. On the dry down, the grapefruit receded and left the sandalwood and amber towards the base. I don't have the exact ingredients handy, but it contains (at least) alcohol, witch hazel, aloe, vitamin E and menthol. The resulting face feel was pleasant; on the slightly drier side (as in, not tacky whatsoever). The scent strength was a lighter-medium - but longevity only so-so. It faded after a few hours.

Hardware for today's shave consisted of the #Merkur #Futur razor fitted with a #PolSilver blade on shave two, while the #BSB Shaving Brush did the deed in the #GTP scuttle.

A very nice shave today! Two excellent scents from two different artisans in the same vein; "a fruity sandalwood." The performance of both products was solid, but not necessarily a standout... And that's nitpicking a little. For the money, you can't beat the value of Barrister and Mann Latha soap - though I had hoped the Beaver Woodwright Ghost Ship aftershave scent would have lasted longer for the price. Face feel was on par however.