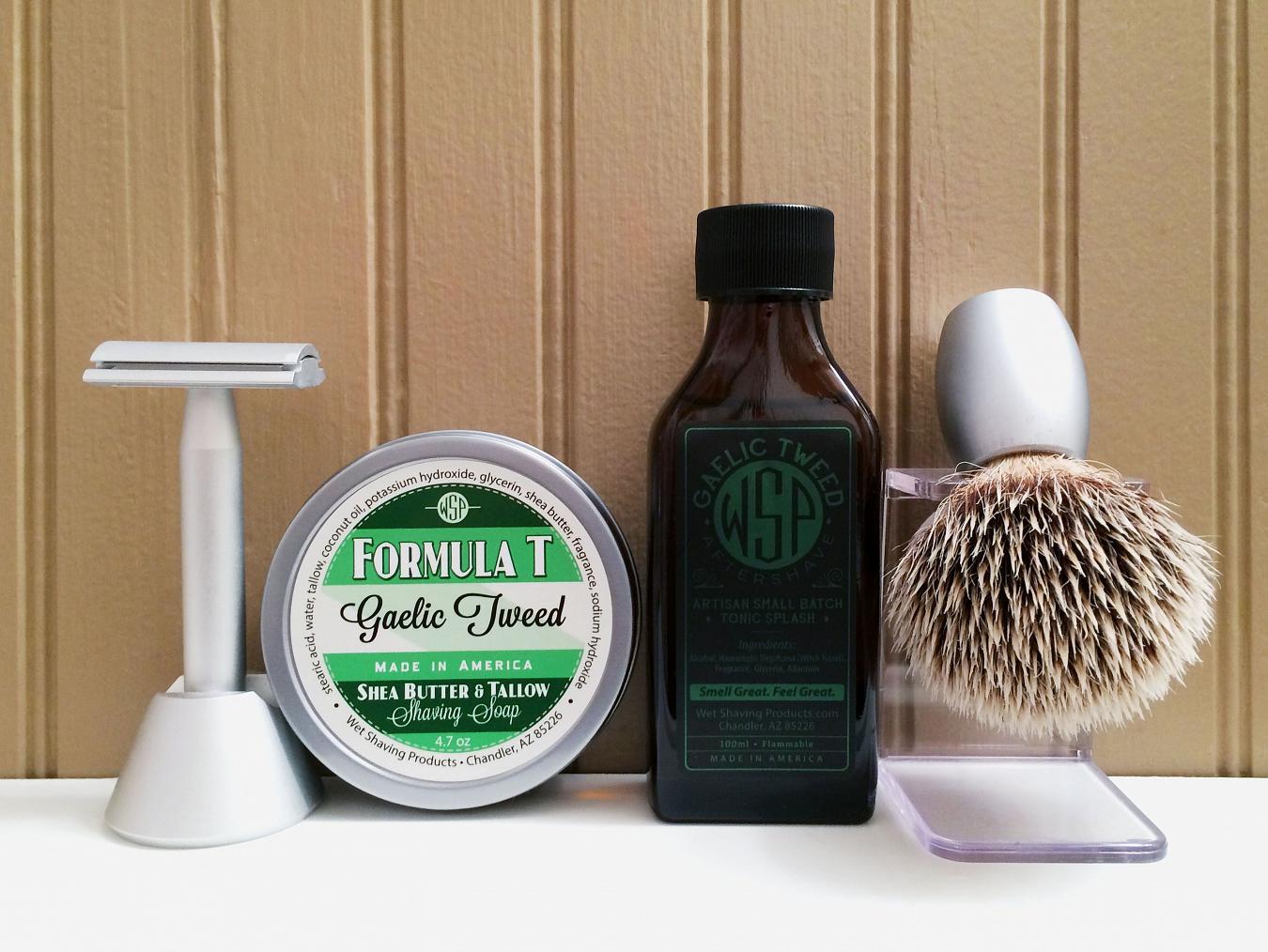 Want to smell like a famous movie star for a lot less than you might expect - and have a great shave while doing it? Check out Wet Shaving Products Gaelic Tweed #soap and #aftershave combo!

A true classic. Gaelic Tweed has an invigorating freshness and pure masculinity. This is our interpretation of Creed's Green Irish Tweed.

Creed Green Irish Tweed is a classic fougére and was launched in 1985, supposedly for Cary Grant as his signature fragrance but also worn by Robert Redford, Clint Eastwood and George Clooney. Whereas Green Irish Tweed goes for $190 for 4oz., Gaelic Tweed from #wsp_shaving will only set you back $17.99. The original has only so-so longevity, but I still suspect it's longer than Gaelic Tweed that's stated to last 4-8 hours, interestingly enough... Which in my experience didn't totally hold up. On my hand, I got about three hours or so, but applying it after the shave... It seemed to vanish a bit sooner. I was puzzled, considering my experience with Black Amber Vanille that lasted considerably longer. Of course, each person's body chemistry and sense of smell are different, as are the ingredients of these two juices. There's also the particular ingredients (notes) that influence longevity...

The official scent notes for Gaelic Tweed aren't listed; merely that it's based on the original Green Irish Tweed - which has top notes of iris and lemon verbena, middle notes of violet leaves and base notes of ambergris and Mysore sandalwood. In looking at the top and even middle notes, you can see lemon/verbena and both iris and violet. These, especially the citrus, tend to be short-lived in general. So that explains a bit about that. Scent strength is a bit lower at a solid medium (the aftershave being stronger than the soap) as Black Amber Vanille. Either way, it smells really nice and quite similar to the original scent on which it's based. The aftershave performance was quite nice as well. A stiff alcoholic jolt initially, which quickly gives way and leaves the skin feeling nicely supple and toned.

Hardware for today's shave consisted of the #StandardRazors razor with a #PolSilver blade on shave four, with the #Dovo silvertip badger brush loading and lathering in the #GTP scuttle. A quick note about loading from these tins (as with all tins) is that it can be a little messy. Just center the tin over your hand and twirl the brush to minimize it. No biggie. It's also worth mentioning that WSP tins tend to have a fair amount of soap residue on the threads of both the tin and its cap... If you run a tight ship, you'll want to take that off upon its first use. I simply used an old toothbrush and quickly ran over them under running water.

Another nice shave with a WSP combo, this time in the Gaelic Tweed scent. I was a little disappointed in the longevity, but the scent itself is very nice. Performance of both the soap and aftershave is otherwise very nice, considering the price. So the value is definitely in line there. I look forward to using it again for sure, and we'll see if the longevity thing works itself out. Stay tuned.