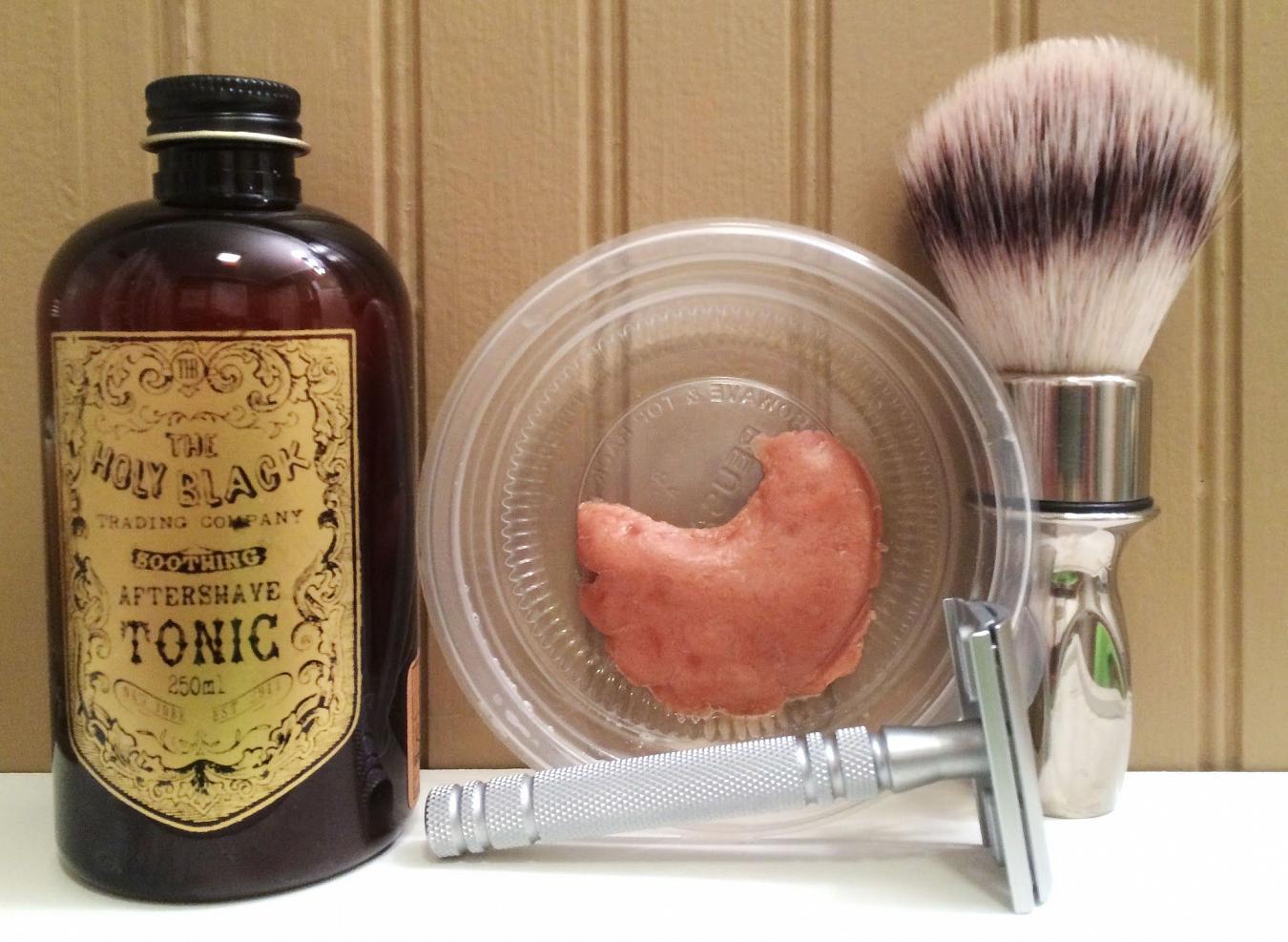 You might be asking yourself, "what's a Ramos gin fizz?" Well, it's a truly lovely cocktail based on a gin fizz, with the addition of orange flower water, egg white and sugar - followed by precisely 12 minutes of shaking! Henry C. Ramos invented the Ramos gin fizz in 1888 at his bar, the Imperial Cabinet Saloon on Gravier Street, New Orleans, Louisiana. It was originally called a "New Orleans fizz." The soap notes are described as:

Modeled after the famous prohibition cocktail, this scent is all creamsicle and a barely detectable hint of juniper. If you like citrus, cream and a sweet finish, this one will knock your socks off.

The scent is exactly that... Essentially orange creamsicle, with the slightest hint of juniper. The scent strength of both the soap and aftershave are rather light; more so the soap. I truly wish it was stronger as it smells awesome! I got about 2-3 hours out of the aftershave scent on my skin. I suspect most don't want to smell like an orange creamsicle, so this is a good thing - as you can layer a fragrance on top.

As an aside, their other signature scents include Gunpowder Spice, Sandalwood Smoke and their newest, Verdant. There's even a limited edition Goldrush scent (with peppermint and an actual gold nugget!).

A while back, #TheHolyBlack also rolled out a new hot process, vegan soap formula - and it does not disappoint. Lathering up today, it produced copious amounts of slightly billowy, yet creamy lather with outstanding lubricity. It truly was quite slick, both during the shave and in between passes, offering up secondary lubricity for touch-ups and multiple strokes during a pass. I was never really a fan of their (or anyone's for that matter) glycerin soap - this one is a whole new ballgame. Its consistency is extremely soft and croap-ish. Though not quite on a Dr. Jon's level; it's firmer, denser. A spell in the fridge hardens it up, as I suspect being open to the air will do over time as well. No problems loading whatsoever!

Following up with the splash, a slightly viscous, translucent liquid - it had a bracing (American whisky) alcohol hit that quickly dissipated and left my skin well moisturized, yet not tacky. And that scent! While a bottle will set you back $25, it comes in an epic 250ml bottle! Most artisans provide 100ml... So this one will last you quite a while.

The packaging and branding of The Holy Black is fantastic and well thought-out. Rocking an Old West vibe, there's a consistency across the entire line. The product photos and website carry on the branding - and even the shelf of their products at Pasteur Pharmacy in NYC is adorned with charred wood. Well done!

Hardware today consisted of my #Feather AS-D2 with a #PolSilver blade on shave three while the #BSB Shaving Brush made quick work of loading the sample and building warm lather in the #GTP scuttle .

A really nice shave this morning; an engaging scent with a nice, moisturizing finish. I only wish the scent strength were more bold in both products, but otherwise - I'm smitten. For the money, both the soap and aftershave are very much worth checking out!