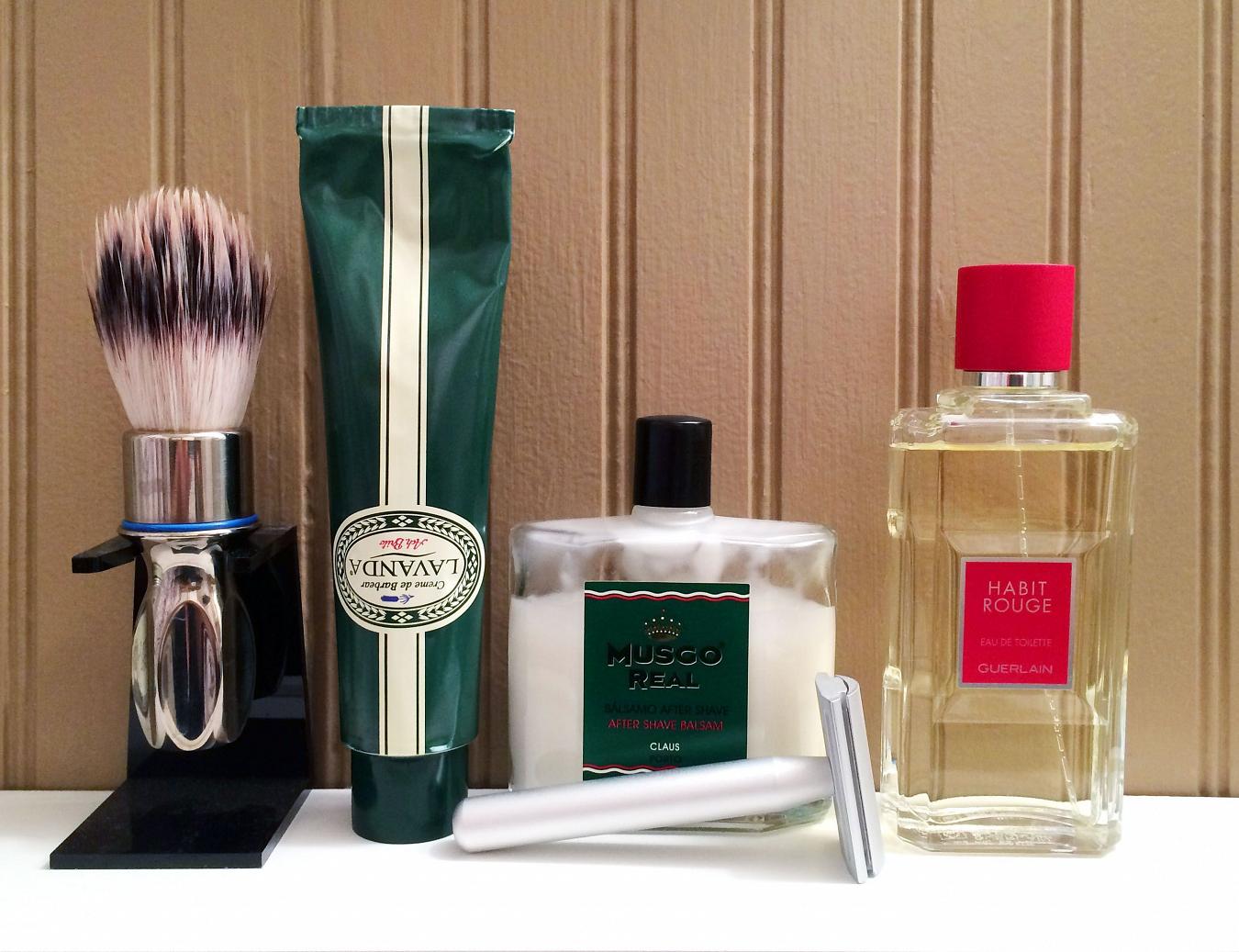 Another bombastic entry hailing from Portugal, Ach Brito Lavanda is among a righteous club of super plush shaving #cream with a surprisingly large - and long-standing family tree.

Lavanda shaving cream bears its traditional lavender scent, combining lavender with citrus notes, seasoned by a delicate touch of heranium and cinnamon. So it's not a straight, floral lavender... More like a lavender that's a slight bit citrusy with a hint of spice. A tube of 100ml goes for around $8, which is a steal. A similar tube of Musgo Real goes for $10 more, at $18 per tube! Considering that Musgo Real is their "luxury line" that might seem to make sense. But let's take a closer look at the ingredients, shall we?

Hmmm. The ingredients are more similar than they are different (even more so in the Classic scent). Indeed, the performance of both creams is remarkably similar... They produce an ample volume of creamy, yogurty lather with plenty of cushion, excellent glide and good secondary lubricity and the resulting face feel is superb as well, owing to the load of choice ingredients. Just recently, Musgo Real changed their packaging to be simpler, more modern and more cohesive. Before that, in 2012, they added Lavender, Lime Basil, Oakmoss, Orange Amber and Spiced Citrus scents to the original Classic (vetiver and patchouli) shaving cream along with matching aftershaves and colognes. My recommendation would be to give Lavanda a try, and if you like it - splurge for the broader line of Musgo Real once you're hooked (and you will be).

Since it lacks a matching aftershave, I grabbed one of the best when it comes to a #balm out there; Musgo Real. In the winter (or after a rough shave) it's supremely moisturizing, nourishing and healing. So I went for that over the #Guerlain Habit Rouge aftershave, though I did go with the #EdT as my scent. It's a lovely, spicy, floral affair that I reviewed extensively last week.

Hardware for today consisted of the #StandardRazors razor fit with a #PolSilver blade on shave three as the #BSB Shaving Brush made quick work of the lustrous lather in the #GTP scuttle.

I've been saying for years now that you can't go wrong with any of the shaving creams coming out of Portugal. Lavanda by #AchBrito is no different. It's right up there with Musgo Real at half the price - but keep in mind that unlike the latter, there's only one scent (traditional lavender) and no matching aftershave or cologne, if that's your thing. Regardless, you should by all means grab a tube and enjoy this truly delightful stuff. Creams are great for when you're in a rush, as it saves you 30s of loading time, for one thing. Drop a snurdle of cream on your brush or in your bowl/scuttle and you're off to the races. As the tube depletes, they're great for travel - being much lighter and more compact than a tub of soap. But above all, Lavanda just rocks.