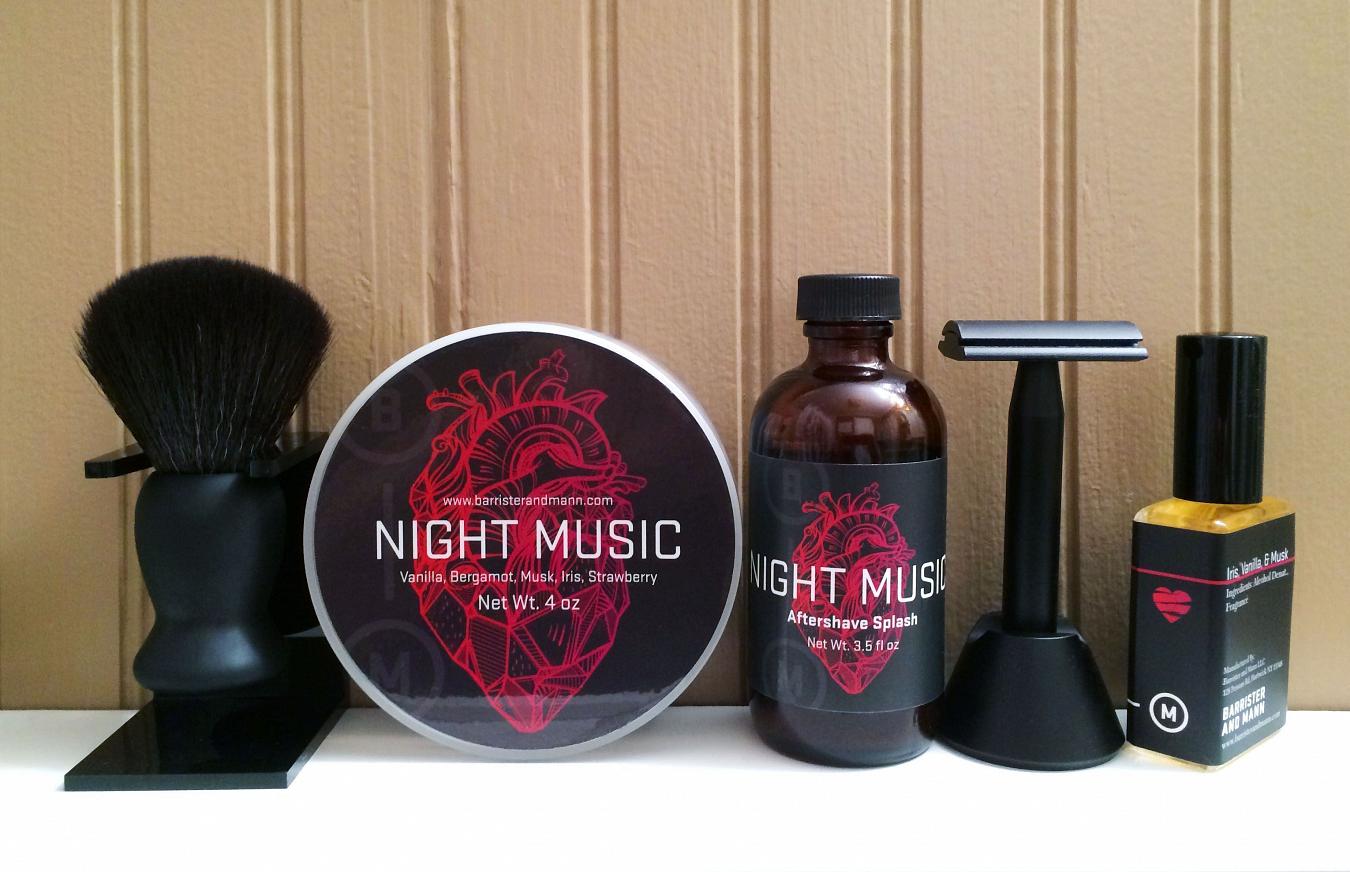 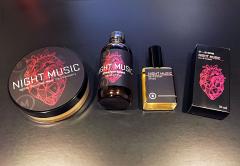 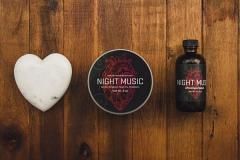 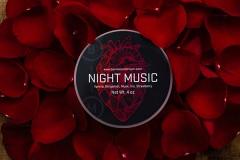 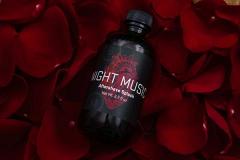 Part Deux of the Valentine's Day shaving sessions, and all you need to know for this day - Barrister and Mann Night Music #soap, #aftershave and all new #EdT!

As per my History of Barrister and Mann - Night Music made its debut one year ago; February 2016.

I originally wanted to use this combo yesterday, on the actual Valentine's Day - but orders containing the EdT were somewhat delayed and I didn't get mine until yesterday afternoon. So I used Beaudelaire for that one in part un. Also worth noting, the soap and aftershave you see above are the prior year's release. Although I bought a combo set as spares (I need my Night Music man!) they're going in The Stash™ for the shaving apocalypse. New details this year are twofold; the new high quality tubs (black top on a clear bottom) and matte silver labels with overprinting. Besides, sometimes shaving drama can ruin a good thing. I know, right?! I wasn't taking any chances.

I've actually done a review of Barrister and Mann Night Music already, so I won't add more to that here, except the new EdT! I mentioned the pre-order in January in case you missed it - and if you're a fan of this scent, you definitely did miss it. Fear not, you can still get the soap on Amazon and the both the soap at Maggard Razors and the aftershave as well. Though you currently can - I wouldn't get these at Italian Barber as they upcharge you a buck each, but they still have the EdT if you want it.

Because this is our first foray into full perfumes, we're starting off slowly; only a limited number of bottles have been made. We plan to scale up for future releases and fragrances.

Night Music EdT has an expected wear time of 8-10 hours.

Will from #BarristerMann has been wanting to do an EdT for a while now, just as much as fans have wanted it... And it is now a reality! The packaging is nice; the 30ml spray bottle comes in a custom cardboard box and the bottle itself has an equally custom label. They're both fairly "simple" from a design standpoint; essentially a black background with text. You can get the gist of it from an image above. My only gripe is that the bottle label goes to the edges, so it doesn't feel quite "smooth" in the hand. But that's splitting hairs. It's well done in general and I really look forward to more EdT offerings.

Performance wise, it smells quite... Robust. Not too much unlike the aftershave or even the soap, for that matter. But it does have an extra bit of kick to it, which settles down rapidly once applied. Longevity breezes through six hours like the aftershave, but where the latter would have waned a bit - the EdT keeps it going for another few hours. Just what you'd expect from a higher concentration juice! What's also nice is that since the bottle has a sprayer, it's easier to apply to your clothes (which typically isn't recommended, but I do it) and pulse points (the recommended method) as you normally would a cologne. The formulation itself is also just alcohol and fragrance, so you're not "wasting" aftershave or using unnecessary ingredients to achieve the scent elsewhere on your person. Win-win!

Hardware for today demanded the matching black Satin Tip brush and #StandardRazors razor - the latter with an old #PolSilver blade on shave six or something, which I tossed afterwards (I'm currently running the Merkur Futur so didn't want a fresh blade). The #GTP scuttle, naturally, kept it all good. I've been using this scuttle for three and a half years now (purchased in August 2013) near daily and it has never failed me... I miss it dearly when traveling.

Night Music was already awesome - now it's awesomer! The EdT really brings it home and adds the finishing touch. The limited batch sold out, naturally. But hopefully this entices the B&M gang to bring out a lot more in the future. In fact, there are two more scheduled for 2017 (according to the release schedule) and that's Le Grand Chypre and Fougère Gothique (I really can't wait for this scent set!). At any rate, I'd say this first foray into EdTs fantastic.