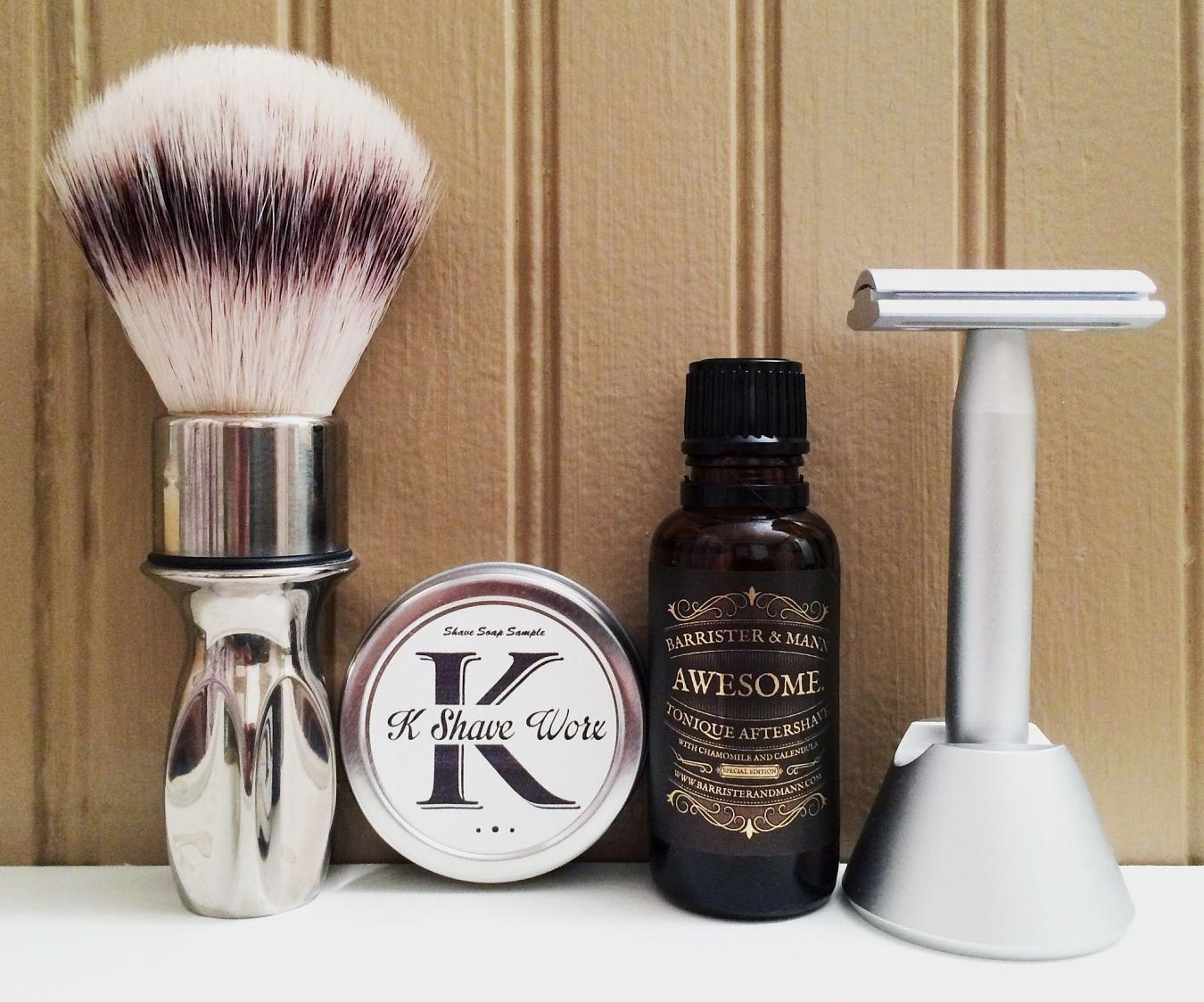 Earlier this week, I reviewed the combo called Raspberry Vanilla from the August 2016 NYC Meet-up which was great! So I won't get into the soap performance again, as it's the same. Let's talk about the scent. Officially, K Shave Worx describes it as having a blend of red roses and fresh green leafy notes with a hint of menthol which is spot-on. This scent is different than your typical rose-scented software which is usually just the flower itself. This adds the leafy, green note associated with the rest of the rose - and throws in a nice dose of menthol as well. It's like sticking your face into the florist's cooler case of roses! It smells sooooo good. The sample tin is an interesting size, filled with an ample amount of soap... You can palm it and load/lather from it quite readily, if a bit messy.

Another item I want to talk about is the pictured #BarristerMann aftershave simply called Awesome. It's not for sale; never has been - never will be. The only way to get it is at, say, a meet-up - where they're usually handed out by Will himself. Awesome is a take on the New Mown Hay perfume that Floris made back in the 50s. It's one of those scents that some people love and most people have never heard of. It features notes of bergamot, coumarin, jasmine, rose, cassia leaf, patchouli, and civet. It's very old fashioned, and yes - smells awesome!

Hardware today consisted of the Standard Razor with a #PolSilver blade on shave three, #BSB Shaving Brush and of course the #GTP scuttle.

Excellent performance by both products; each with unique scents that smell heavenly. You can't go wrong with either, and I'd definitely recommend giving a try; especially #kshaveworx Frosen if you're a fan of florals. As for the sauce; good luck getting some. I have three bottles myself, and they're going in the vault!