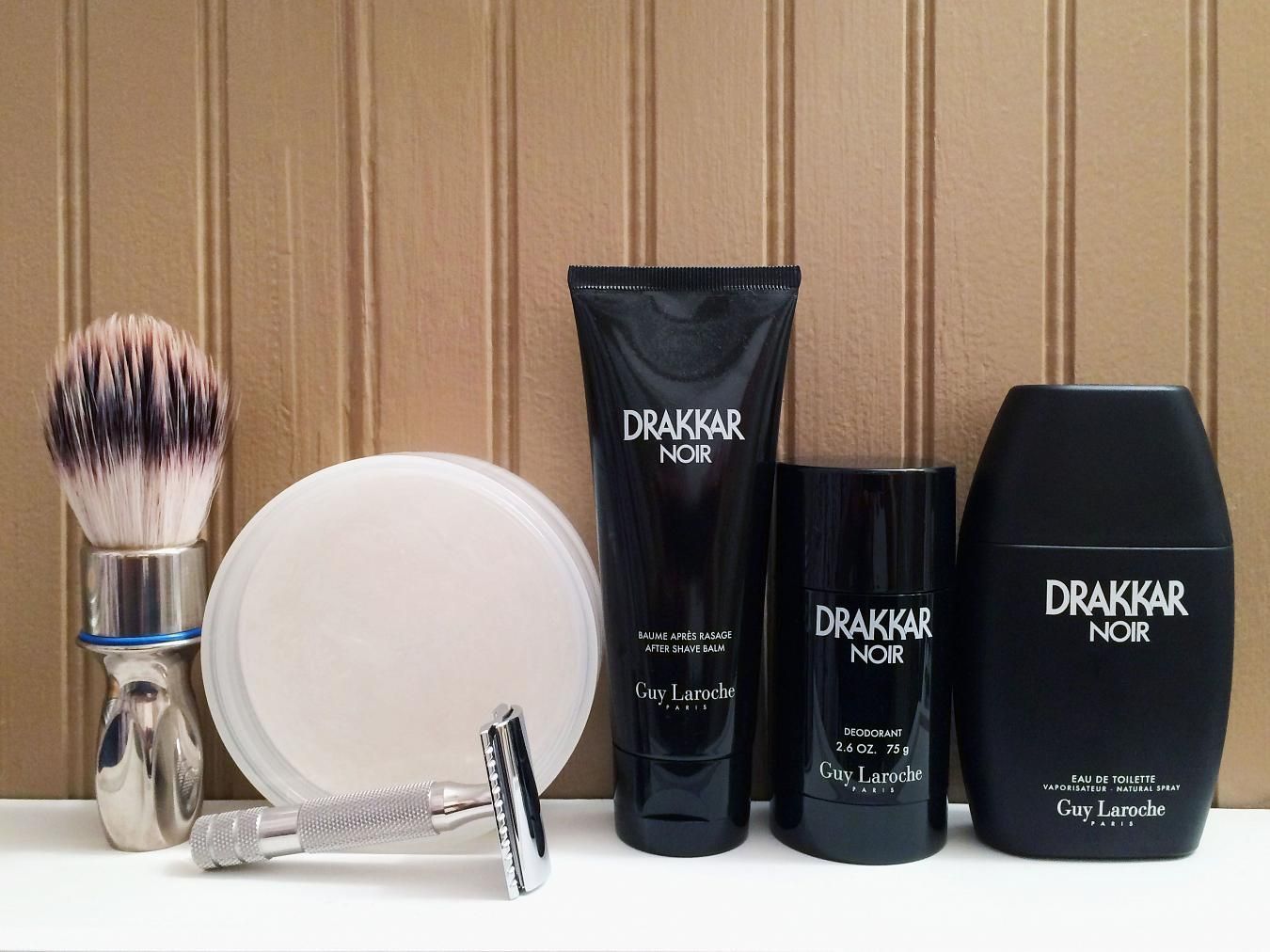 Today's review is actually a test report on a new #soap in development that we'll call... Product X. The #balm, #deo and #EdT is Guy Laroche Drakkar Noir!

So yeah, this won't be your typical review... It's more of a report on a product in development for a certain someone. As such, it might not mean that much to the rest of you - right now. The product arrived in a fairly standard plastic PET tub, sans labels and does not contain any scent. By itself, it smells clean and fresh in a detergent sort of way. I like it. It absolutely won't interfere with any post-shave scent choices. But that's neither here nor there. Onward...

It's firmer than "the usual product." As such, loading was a little slow to ramp up - but caught up and loaded normally for the remainder (my standard 30s). The lather that developed while whipping it up proved to be quite plush; thick lather that gave the impression of being creamy, yet somehow felt a bit lighter in density on the face. The volume of it was just a bit less than "the usual." During each pass it offered ample slickness with enough residual for touch ups... Yet it didn't have that overly slick or greasy feel, almost like silicone or too much glycerine. It rinsed off the face quickly and cleanly, and didn't leave its slickness all over my hands or gear. The lather was extremely stable; it swirled around my drain a little rather than dissolving immediately like most. Overall I'd say the feeling was "clean and light" yet offered the performance of more traditional offerings.

The post-shave regimen included the aforementioned goodies in the Drakkar Noir scent. The balm, being of the mass-produced OTC variety, lacked all the skin food you might find in more artisanal offerings - but is also light enough for the summer months and year-round use. That's a nice thing. The deodorant and of course the EdT kept the scent going. I still have to get a matching soap (perhaps K Shave Worx Dark Power will fit the bill nicely) but that's a story for another day.

Hardware today consisted of my newly rediscovered #Merkur #23C razor with a #PolSilver blade on shave two. The #BSB Shaving Brush loaded and lathered the <insert product name here> in the #GTP scuttle. Got a very lovely, mild - yet close - shave again today. I'm definitely enjoying using this razor again and will be using it for a while. It's just so comfortable. Not quite a BBS shave, but more than close enough and without drama.

This product is still in development, and I suspect I might be #testing more iterations of it. Suffice to say that the artisan is on the right track for their stated goals and it should really be something once finished and released. I'm looking forward to that!