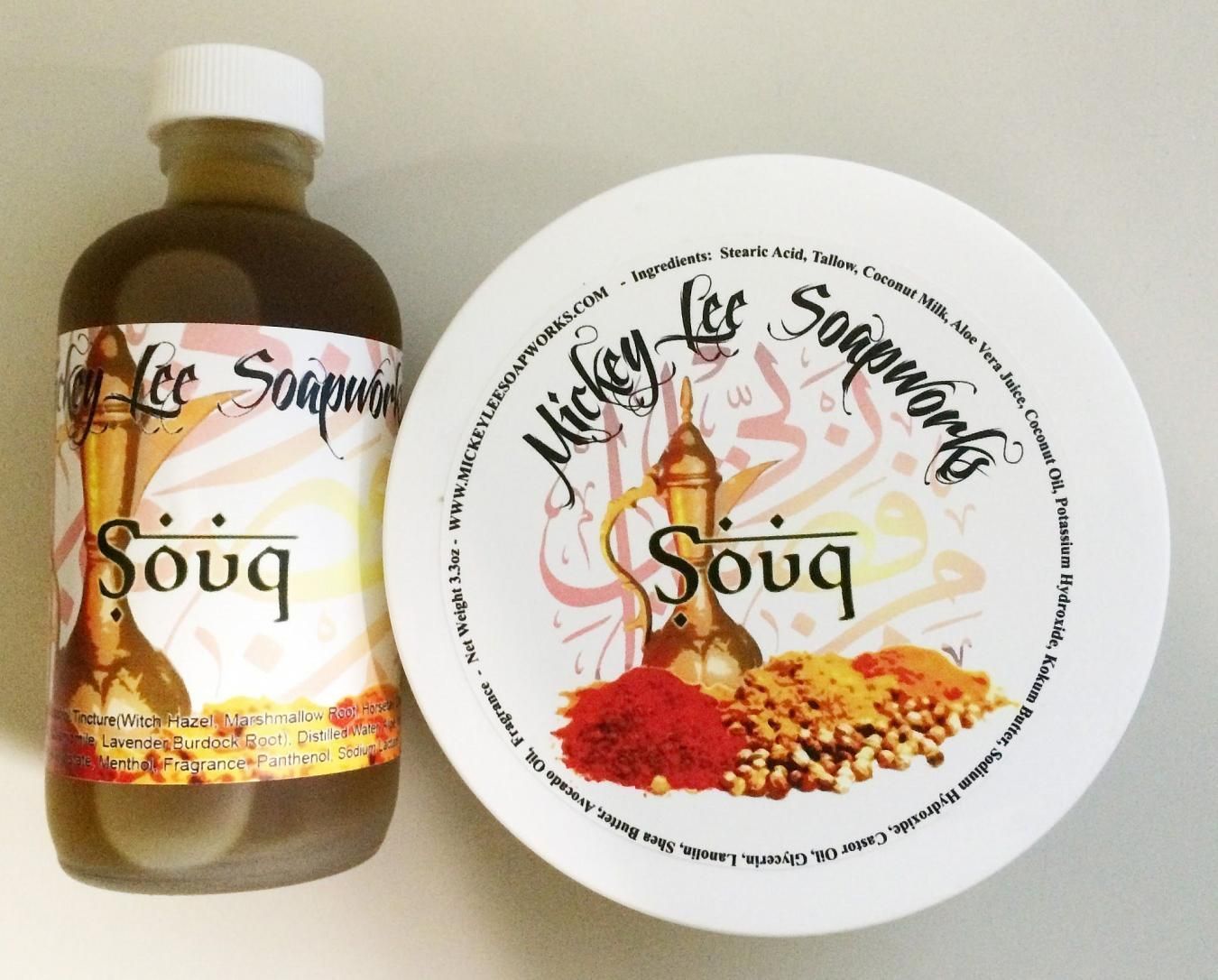 #MailCall from Mickey Lee Soapworks in the form of Souq #soap and #aftershave! An homage to the open air markets (souqs) of Bahrain!

This is my first Mickey Lee Soapworks product, but I've heard lots of good things, and when I read the scent description, I just knew this was for me...

Opening sharp notes of animal musk, like the many perfume stalls lining the streets and malls. Sweet dried figs, like the ones piled high in the markets. And warm, rich spice notes of tumeric, cloves, cinnamon, bay leaves, pepper, and ginger; like the ones carefully arranged in artful pyramids in the souqs (open air markets) in Manama, Bahrain.

#Mickeyleesoaps Souq is a limited edition fall scent, released on October 17, 2015 - which I mentioned a while back (http://tinyurl.com/q5wvgfc). It was limited to 70 tubs of soap and 70 bottles of aftershave - ordering as soon as it became available, I scored both. Alas, only the aftershave is still available... The soap sold out fairly quickly. There are no plans to make more at this time, though there's a chance it'll become a seasonal offering.

On open, the splash is strong... Definitely musky - but sweetened by fig. As it dries down, the complex blend of spices begin to take over. At first it's a little hard to pick out individual notes, but careful sniffing reveals tumeric, cloves, cinnamon, bay leaves, pepper, and ginger - as advertised. Neither the cloves nor cinnamon are overwhelming or stand out, though the latter is a touch stronger. I definitely get the bay leaves, pepper and ginger while occasionally getting a hit of tumeric. The base seems to offer a sweetish ginger mostly; but there's a lot more going on behind it. A warm, woodsy, spicy scent that's complex and exotic.

Longevity appears to be great; I'm at 6.5 hours and it's still going strong.

See here for the review SOTD!