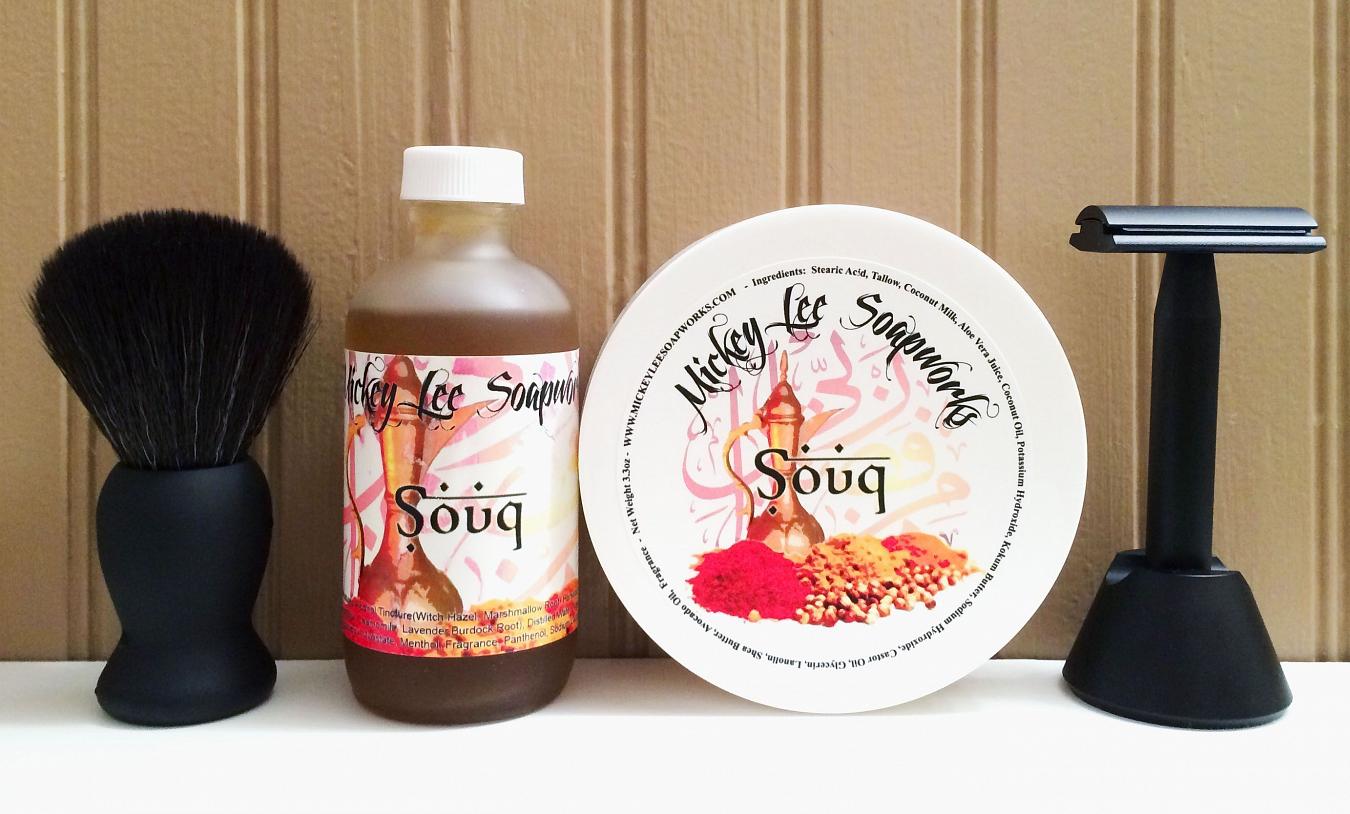 Today's SOTD is brought to you by the warm Middle-Eastern inspired notes of Mickey Lee Soapworks Souq #soap and #aftershave and more inky hardware goodness!

I've done a fairly extensive first impression of Souq as well as a more in-depth review so I won't get into it too much today. Long and short; Souq was a limited edition fall scent, released on October 17, 2015 featuring notes of musk, fig, tumeric, cloves, cinnamon, bay leaves, pepper, and ginger! Both the soap and aftershave are solid performers. The soap, as a matter of fact, was the first to come out in the (new at the time) latest formula that all #mickeyleesoaps now use.

After my experiment with #Astra blades, I decided to throw in a fresh #PolSilver into the black #StandardRazors razor today. Who am I kidding? They're definitely my favorite. But I'll experiment more when it next comes time to replace the blade in the other razor; should be in the next day or three. Once again, I used the all-black Satin Tip brush that I reviewed yesterday for today's shave. I went with a full 30s of loading the soap and got a bit closer to my usual amount of lather, but it still came up slightly shorter than I'm used to. So I stand by that assertion in the review, and I definitely think it's the #brush as the #SOC and #BSB both create similar amounts of lather (lots!). Time will tell as I get more experience with it. Either way, there was plenty of lather for my shave - and I might just be spoiled by the other (excellent) brushes.

A fun shave with a unique scent profile - warm and spicy. Not your typical "fall scent" but then, how many times can you spin fougéres and falling leaves? If you're interested, Souq will be released in another limited run on October 29, 2016!