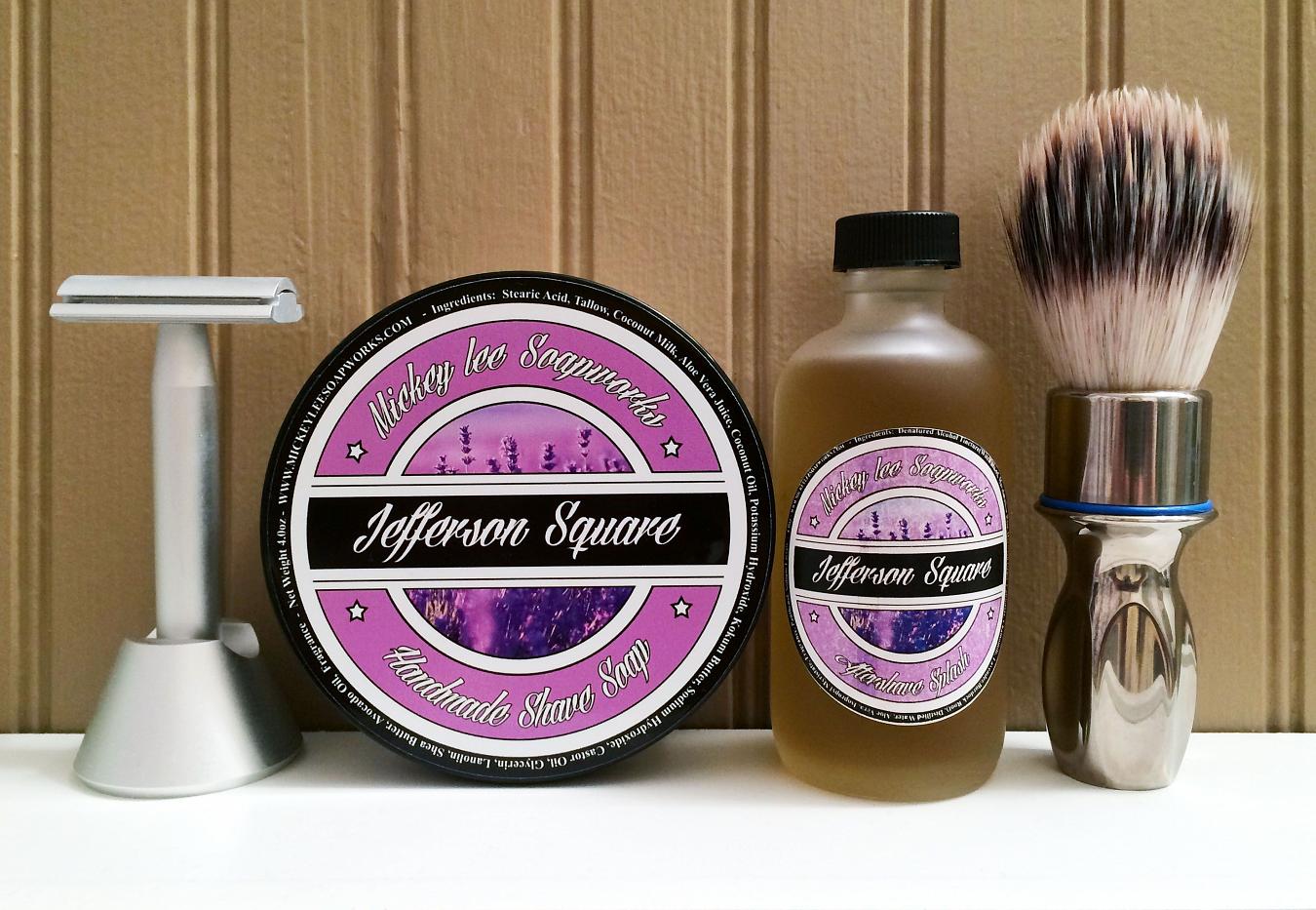 Today's SOTD is all about lavender - and lots of it - courtesy of Mickey Lee Soapworks Jefferson Square #soap and #aftershave!

I reviewed Jefferson Square before rather extensively (and oddly enough, exactly two months ago to the day) so I'll only add a few notes today. When I saw it come up on pending releases, and having been on the hunt for a plush lavender soap, I instinctively grabbed it, as I know what to expect from #mickeyleesoaps as far as performance. What I was hoping for, was a very floral, very "typical" lavender scent. Jefferson Square offers that, to a degree. But it wasn't quite what I was after. It may be a case of "too much of a good thing" with all the varieties of lavender in the scent. It's definitely something for the lavender lover, but if you're looking for a straight, simple and highly-floral lavender, this isn't it. Scent strength of both the soap and aftershave is also a bit weaker than I was hoping for, as is longevity of the latter. All that said, it really is a great offering and if you're a fan - don't hesitate.

Hardware for today was the #StandardRazors razor with a #PolSilver blade on shave three and the #BSB Shaving Brush got jiggy with it in the #GTP scuttle.

A nice scent; complex and lavendery to the max but a bit light. Performance of the soap and aftershave of course, is typical of the brand and quite good.