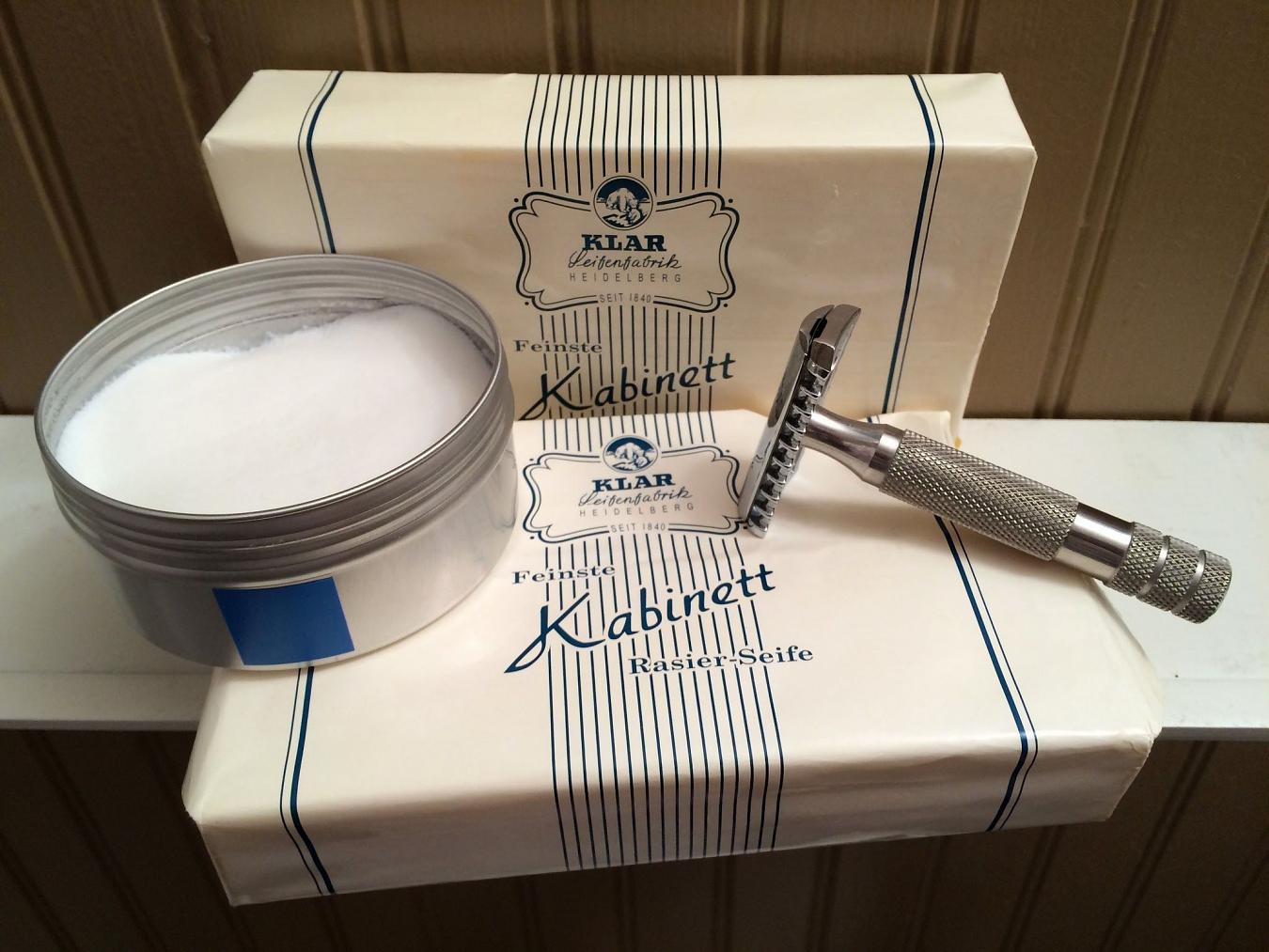 Yes, there are other products besides that I really enjoy... I know, right?! Well, here's one that you don't see very often. In fact, you'll probably never see it again. The highly acclaimed Klar Kabinett #soap from Germany, which was discontinued.

I travel to Germany often. Real often - every year, at least once. There's an awesome little perfumery in the shopping district of my "hometown" that decided to get into shaving products, which has worked out well for them. On one trip, I picked up a package of the soap because of its reputation. When I heard it was going to be discontinued, I picked up another (and the last of it) on my next trip over.

Each package has two bars, 250g each (500g total) - I have a total of 1kg! Klar Kabinett shaving soap was designed for barbershop use throughout Europe. The light rose scent and luxurious, creamy lather has made it quite popular for personal use as well. Made with all natural ingredients and free of preservatives or artificial colors. Klar even chose to use essence of rose, instead of a synthetic fragrance, which is rare due to cost reasons.

To make it usable, I take a bar and grate it with a cheese grater, pressing the resulting shavings into an aluminum tin. The lather is very, very nice. If you've ever used other fine German soaps or MdC - it's similar. The scent is all rose - deep, sweet, sensual rose.

A real shame it was discontinued, though Klar still makes a host of other soaps, albeit in much lower quantities - and higher prices. There's another company, Dusy, that's supposedly carrying on the tradition of KK but it seems they just repackaged it and are out also.