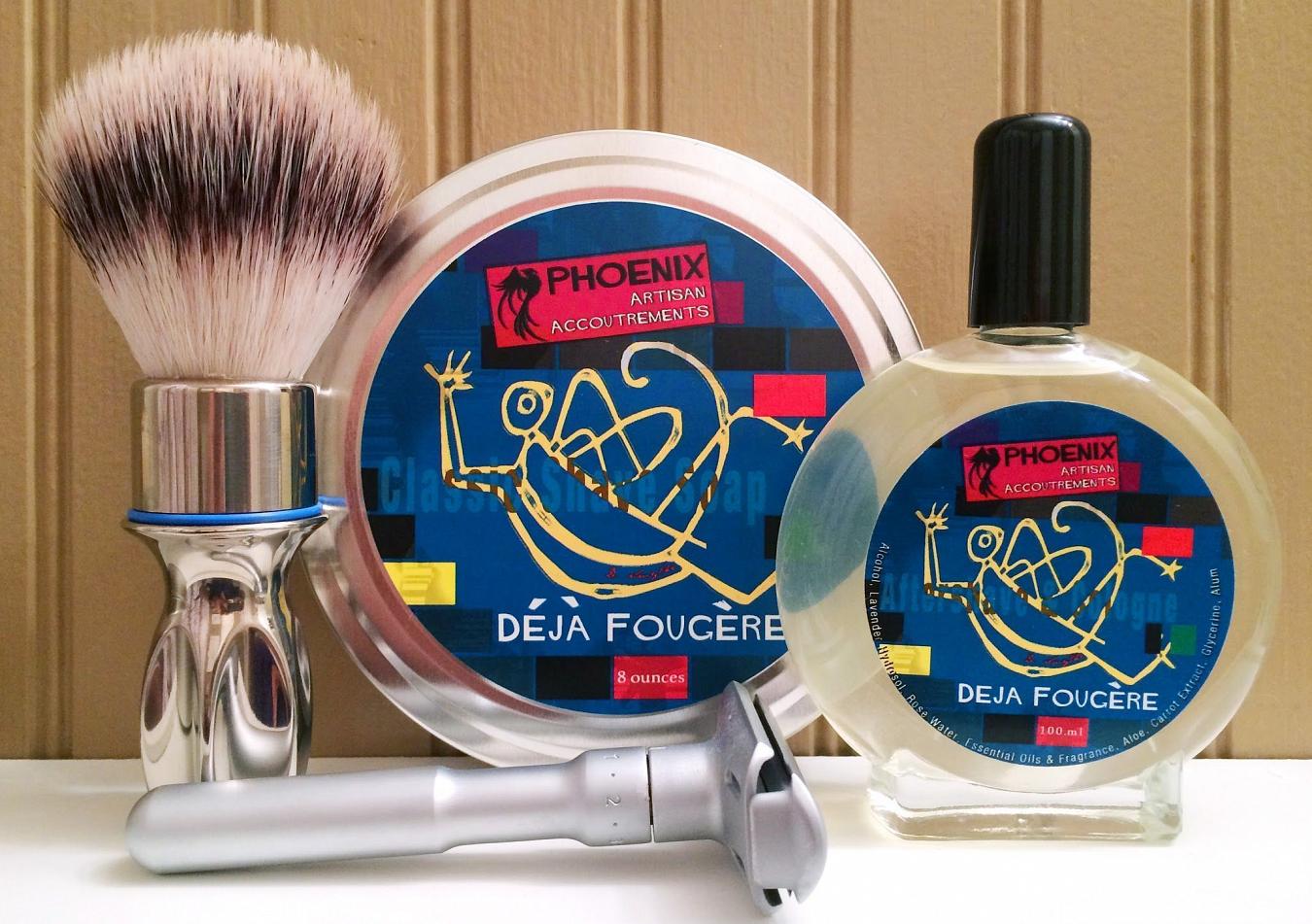 This fine #FriYay SOTD! is brought to you by PAA Déjà Fougère #soap and #aftershave! A take on the Houbigant Fougère Royale scent introduced in 1882!

Formerly Beach Bear Fougère - I had gotten the Déjà Fougère aftershave a while back and reviewed it (see http://tinyurl.com/o7fr8yn) but I slacked on picking up the soap until just recently. I don't know why - as I love this scent. In fact, it's probably my favorite of #PAA's fougère scents, perhaps tied with Jitterbug Fougère. To me, I get a sweet floral on the top and mid notes while the base notes are darker; a musky vanilla, tobacco and oakmoss.

Officially, the scent profiles are described as...

...so almost identical, with minor differences.

One good thing about waiting on picking up the soap is that the new formula contains avocado oil. If you've been reading my reviews, you'll know that I'm a big fan. The post-shave face feel that it imparts is great, and it adds to the lather itself as well... Compared to the previous formula, the lather is a bit flatter - but creamier as a result and it's really nice to shave with. Good cushion, good slickness. You really notice these qualities on the second and especially third passes. The scent strength is middle of the road.

Hardware today was the #Merkur #Futur fitted with a #PolSilver blade on shave two, #BSB Shaving Brush and #GTP scuttle.

A nice shave today! I dialed the razor down to its mildest (ha!) setting for an easy, breezy ! shave and surrounded myself with an awesome scent. Déjà Fougère is definitely worth checking out. I'll probably add the balm at some point now that the weather is turning cooler. Would love to see a deodorant added to the line...