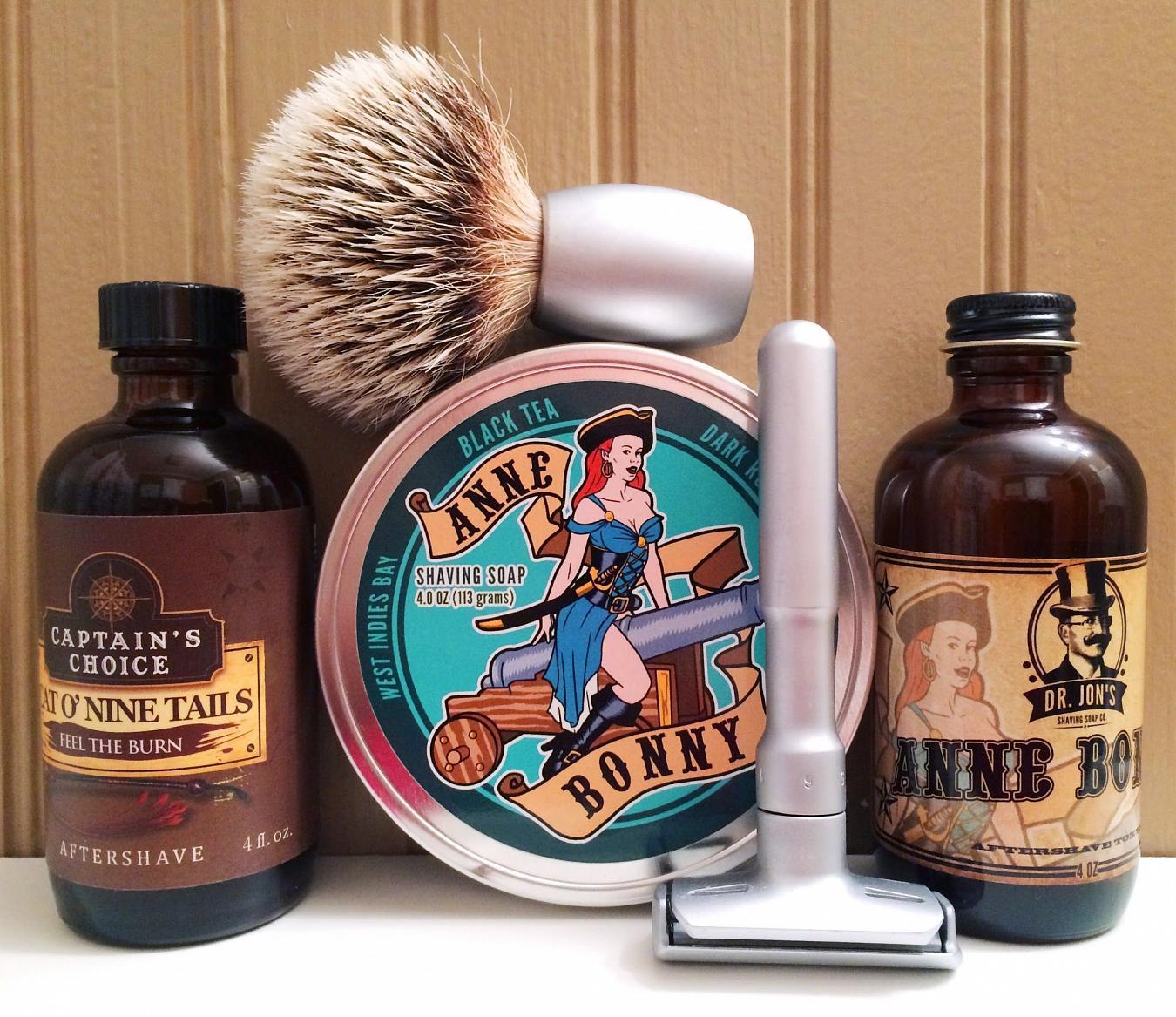 I've reviewed #DrJonsSoapCo Anne Bonny pair before (see http://tinyurl.com/qjx9wb8 and http://tinyurl.com/pwughcd) but to recap, the performance is typical - excellent - and the scent is a unique bay rum... It features black tea, dark rum and lime which sets it apart. The black tea is what really stands out for me. Really nice.

So why two aftershaves today? I wanted to try out a legend that I just picked up - #captainschoiceproducts Cat o' Nine Tails which if you don't know, is a darker twin of the original bay rum - with a twist... A warming sensation that builds after application.

First a bit on the hardware ; I went with my #Merkur #Futur razor with a fresh #PolSilver blade to ensure a really nice, close shave. The #Dovo silvertip badger brush whipped up the lovely suds in the #GTP scuttle.

So with a close shave finished, I splashed on the Co9T liberally and waited for the vaunted warming effect... Sadly, I have to say that I was a little disappointed. I got a bit of alcohol burn, maybe a slight warming... But nothing like some people have reported or the ad copy suggests. Of course, it'll vary from person to person and the quality of the shave (technique).

That said, the quality of the aftershave is outstanding both in scent and performance. It's a really nice bay rum; very typical and without clove - which is great as I'm not a big clove fan. The face feel was very nice as well; on par with a lot of other artisans I've reviewed. One other let down I need to mention is the longevity of the Co9T scent; it doesn't last that long for me. It fades rapidly to a subtle level, then drops off further. Thus, I applied Anne Bonny aftershave, which has much better longevity.

Overall, a very nice shave with two outstanding bay rum scented products - each with equally outstanding performance. You can't go wrong with either of them.