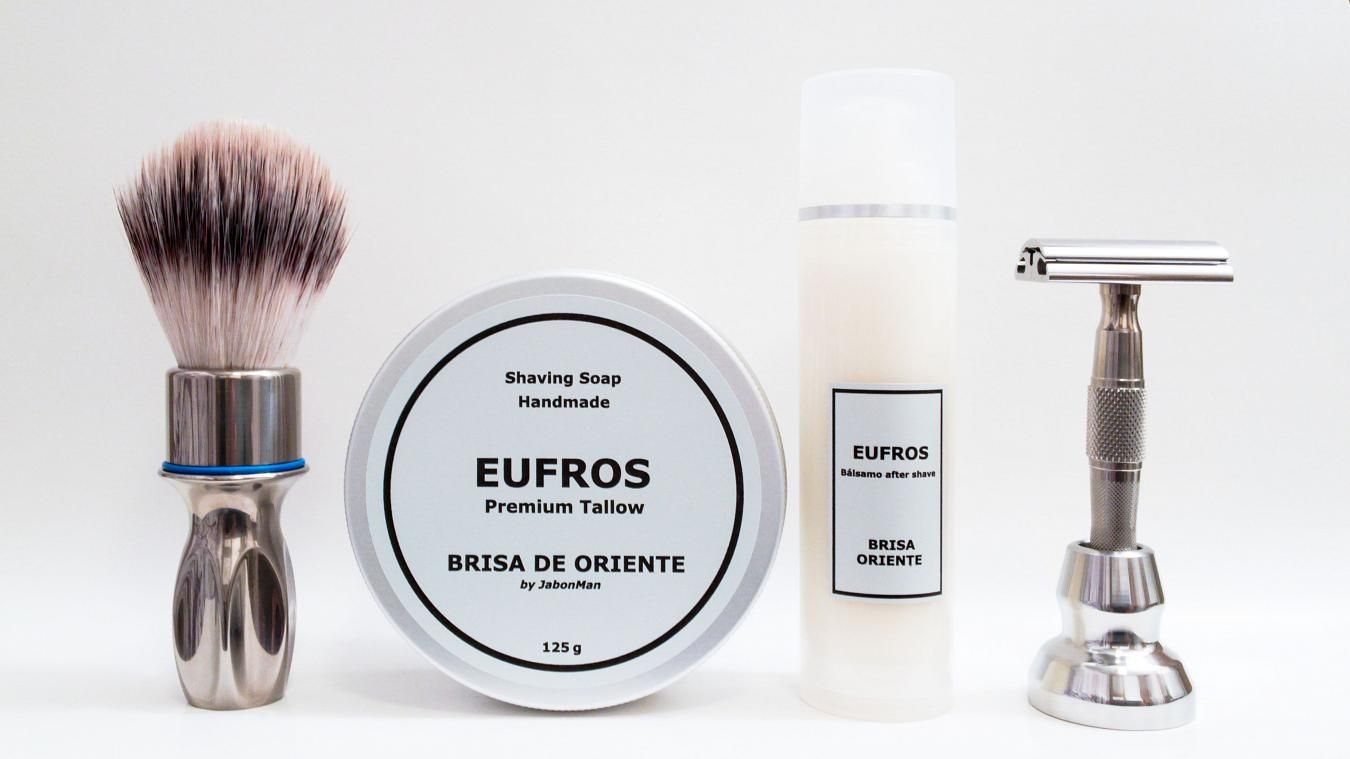 Exactly two weeks ago, I did an in-depth review of Rosas from the older Regular Line. Today's offering is the latest formula, and considered the Premium Line. I did an in-depth review of Dama de Noche earlier this week of this formula. Definitely check out those two posts for a background of the artisan and information on the offerings past and present, as well as performance of the soap and balm.

Let's talk about the scent of Brisa de Oriente (a.k.a. East Breeze) which literally means "breeze from the east" itself. Unlike some of his other offerings, this one's a bit more complex; officially it has notes of myrrh, cardamom and vanilla. What you get is a warm, spicy accord overall which doesn't really go through much transition. Myrrh (the name comes from the Arabic word murr meaning bitter, because of its sharp taste) has an earthy, sweet aroma. It's used a lot in incense, often in combination with frankincense and/or nag champa and even patchouli. However in Brisa de Oriente it's quite mild and blends perfectly with the cardamom (a close relative to ginger) which is also spicy and warm, somewhat balsamic and woodsy. It has a very slight cooling effect and you might even think Brisa de Oriente is mentholated; it's not. Of course, both layer on top of the vanilla with its superbly warm aroma. Really, really nice accord.

Scent strength of the soap is a light medium both out of the tub and lathered. The balm is just a touch stronger. Longevity of the scent is a good 6+ hours with minimal sillage.

Hardware today kind of selected itself, to fit the theme of the packaging. The polished stainless steel of the #TimelessRazor in a custom "mild edition" with a titanium #Stork handle and a #PolSilver blade on shave two. The titanium #BSB Shaving Brush with its 25mm Silvertip Fibre knot really made the lather pop in the #GTP scuttle. In fact, today's lather was my best yet with Eufros and it was a real pleasure to shave with.

It likes to be loaded with a slightly wetter brush, and what I did today. It seemed to really like the smaller, softer and looser knot from Mühle. I suspect this soap will really shine with a genuine silvertip badger knot. An abundant, really creamy lather was had. While I've (slightly) criticized the residual slickness of Eufros in my previous two reviews, I stand by it. It's there after a stroke or two but quickly fades... I wouldn't buff with this lather, but overlapping strokes and touch-ups shouldn't be a problem. However, if you add just a touch of water (such as with a just-rinsed razor) you're good to go for more.

A lovely shave today with an amazingly warm and spicy scent - my face feels like a million bucks. I'm really digging my journey with #Eufros software. The hype is (mostly) justified, but the software's a bit expensive, all things considered. You should definitely try to give it a shave sooner or later. It's super easy to make a really nice lather and the scents, while simple - are top quality. Some are more approachable than others... Some are more for fans of particular notes, such as the Fougére, Tobacco or Agarwood and Haitian Vetiver offerings.